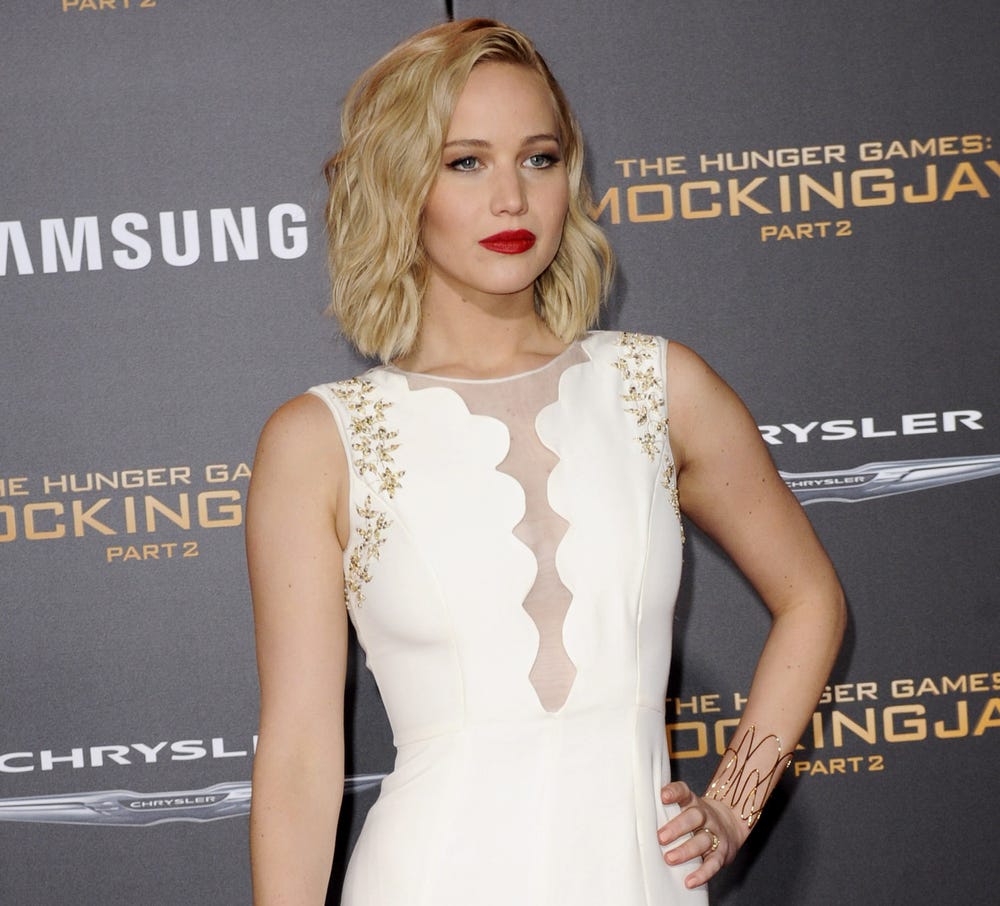 Yahoo – [Jennifer Lawrence] revealed [to Extra] that she’s single and had nothing positive to say about her dating life.

She also opened up about her friendship with Amy Schumer, saying the two love to stuff their adorable faces together and then joke about how it’s ridiculous they’re sometimes referred to as plus-sized. “There’s so many different ways to be beautiful; Amy and I are always laughing about it. Everyone always talks about us like, ‘Look, plus-size actresses!’ Our idea of what is curvy is, like, so bizarre.”

Okay on the surface this seems like the most ridiculous thing she’s ever said. Let’s be honest: We’ve all seen Jennifer Lawrence and we’ve all seen more of Jennifer Lawrence than we should have. There is no possible interpretation of her body that people are calling “plus-size.” But maybe I’m wrong. Maybe there are people with really twisted world views taunting her for being a big gal. Let’s check Google: 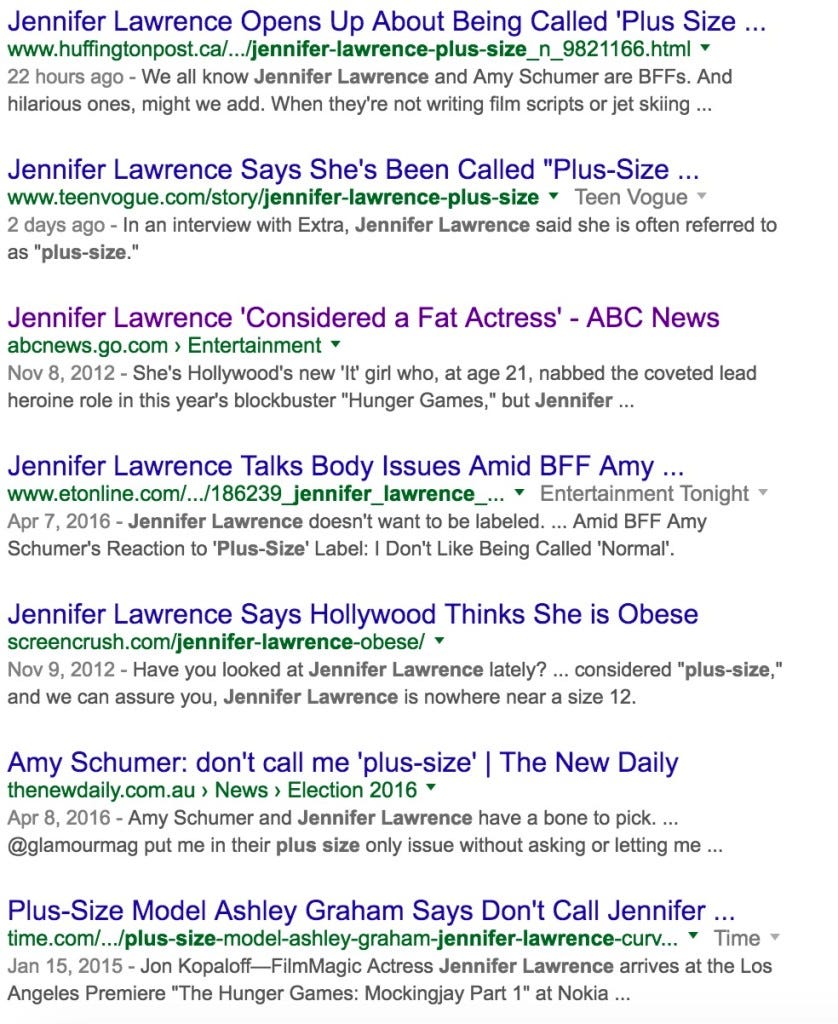 For pages these are LITERALLY all articles in which Jennifer Lawrence has referred to herself as plus-sized and had the media or other people go “Oh, no way she’s plus-sized.” This is the fakest story I’ve ever heard in my life that she’s entirely just making up to get back that “Girl everyone loves online” status. And she does this shit ALL THE TIME and no one ever actually calls her out for it. Yes, you’re soooo hopelessly single and you fart and you love pizza so much that people are always like “Hey make way for Icebox” whenever you enter a room. Like come on. I get women are a little more easily manipulated by good branding — see: people who think that Lemonade was a concerto of marital revenge instead of a 95% work of fiction that Jay-Z probably wrote half of — but at some point this can’t work right? Calling Amy Schumer plus size, I can see that even if it’s not technically accurate based on size charts, she’s got some meat on her and bears a rough resemblance to Grimace at times. But sorry, there is no world where it occurs with Jennifer Lawrence. It’s not even debatable.

Also the one thing Jennifer Lawrence doesn’t get is but I want her to understand when she inevitably reads this blog (big fan of Barstool I imagine) is that she’s a multiple time Oscar winner, one of the most famous women on Earth, and has been in the public eye in a lot of different ways…stop pretending to be the average woman. You’re trained by the best, dressed by the best, have all the best products to keep you looking great. You don’t have to lie to people and act like you’re some average joe. Might as well be a website dedicated to the common man opening a video with a 10 minute argument on whether $30,000 is a worthwhile amount of money to not tweet for an hour. Intellectual dishonesty is what that is and frankly I won’t stand for it.