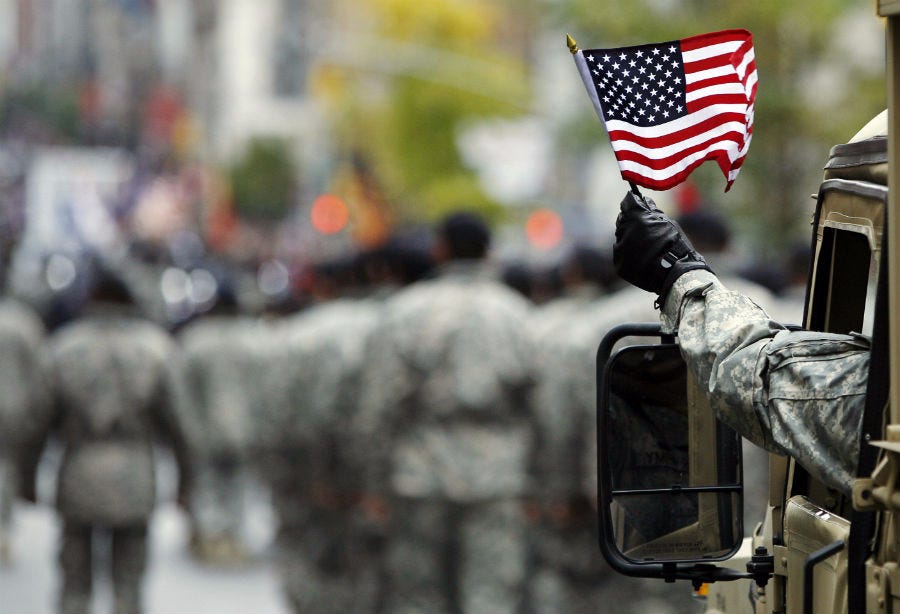 “This sad news is a reminder of the dangers our men and women in uniform face every day in the ongoing fight to destroy ISIL,” Cook said in a statement, using another acronym for ISIS. “Our coalition will honor this sacrifice by dealing ISIL a lasting defeat.

U.S. military officials told NBC News that the American was killed by direct fire about 2 to 3 miles behind the Peshmerga’s forward line after ISIS fighters breached the position and conducted a large-scale attack with truck bombs and small arms.

The U.S. responded with more than 20 airstrikes, military officials added.

Update: The service member was a Navy SEAL, a U.S. defense official told CNN, though the SEAL’s rank is still unclear.

I haven’t covered ISIS much since I got here, which is a good thing. ISIS sucks and the less they’re in the news, the less effective their efforts are proving. But at the end of the day, they’re a serious threat. A dangerous threat.

You and I are fortunate enough to have brave badasses out there thwarting that threat. Risking their lives against that threat. Sadly, those risks too are very real and Tuesday, a SEAL lost his life in northern Iraq combating that threat. To him, we owe MASSIVE thanks. Rest in peace, brother. You’re a hero.

The redeeming news? We’re better than ISIS. We’re bigger. We’re stronger. We’re tougher. We’re better looking. We’re cooler. When they say we “responded with more than 20 airstrikes,” here’s what that looks like.

And here’s France doing the same thing, but from the other angle.

There are about 5,500 U.S. military personnel currently in Iraq. Most are advising and assisting local forces fighting ISIS, but about 2,000 are special ops and troops on rotations. This is the 3rd U.S. serviceman killed in Iraq in the last 7 months.

If you need anymore proof of these guys’ heroism, here is more circumstantial information surrounding today’s SEAL’s death: (from BBC)

He was killed about 5km (3 miles) behind the Peshmerga’s frontline with IS after militants penetrated it using a convoy of truck bombs, it added.

Earlier, there were reports that IS militants had attacked on multiple fronts in northern Iraq overnight.

An Iraqi military source told the BBC that special forces had foiled an attack by five suicide bombers in the village of Khirbirdan, south of the IS-held city of Mosul.

Convoy of truck bombs. Five suicide bombers. Just two days ago, ISIS claimed responsibility for a pair of truck bombings near a bus station in Samawa, Iraq that killed 33 and wounded over 75 more. And this is what the list of global terrorist incidents for 2016 looks like already.

Our fallen SEAL, and many like him, risked his life in efforts that undoubtedly saved thousands of others. Hero to the HIGHEST degree.