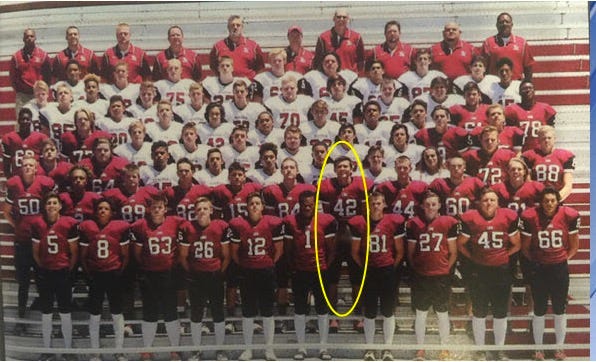 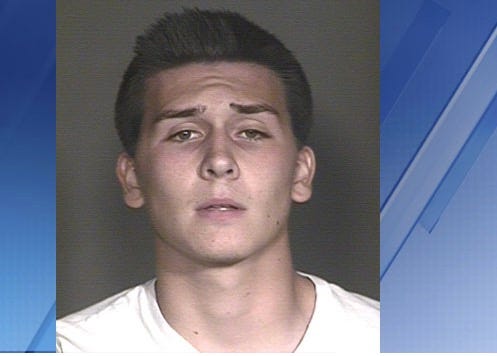 MESA, AZ (KPHO/KTVK) - A student at Red Mountain High School in Mesa is facing dozens of criminal charges for indecent exposure after a prank got published in the yearbook, according to the Mesa Police Department.

The student exposed himself in the varsity football team picture, Det. Steve Berry said. Approximately 3,400 students received a yearbook with the image before it was brought to the attention of school officials. The photo was also used in the football program, which was sold at numerous games to students and families, according to court paperwork.

Berry said police were made aware of the picture on Saturday. The student, 19-year-old Hunter Osborn, was contacted and interviewed about the picture.

Osborn, who was 18 when the picture was taken, told investigators he was dared to reveal his privates by a football teammate and said he was “disgusted” with himself, according to court paperwork.

The photo of the Red Mountain High School varsity football team was taken while players and coaches were on the football field bleachers.

There were 69 students, ranging in age from 15 to 19, and 10 faculty members present when the picture was taken. Police said Osborn knowingly exposed the top of his penis through the top of the waistband of his football uniform pants during the photo session.

Based on the photo and admission, Osborn was booked for 69 counts of indecent exposure — a class 1 misdemeanor — and one count of furnishing harmful items to minors — a class 4 felony.

Osborn was released on his recognizance after being fitted with an electronic monitor.

Wait am I in bizarro world here? 69 counts? (Nice.) An electronic ankle monitor?!? Jesus, let’s use a little common sense here please. Can we really not tell the difference between an 18 year old high school kid messing around and a legitimate sex offender?

We get it, he ruined the yearbook, you can’t have cock and balls hanging out smack dab in the middle of the thing. Make him pay for all the re-prints and suspend him for a little bit. But all this criminal stuff is so insane.

I mean…that’s absolutely hilarious. Front and center in the official team picture, both hands behind your back, big smile on your face…dick and nutsack dangling in the breeze. That’s just big time high school stuff right there. The fact he’s making court appearances for class 4 felonies while his neighbors are being interviewed about his character is crazy town.

1, chill the hell out guys.

“The district is dismayed by the actions of the students involved in the photograph.

Their behavior does not reflect the values of Red Mountain High School or Mesa Public Schools.

Upon learning of the photograph, school administration immediately contacted police and is cooperating fully with the investigation.

The school and district are conducting an investigation to determine what actions might have prevented the publication of the photograph, so appropriate safeguards can be put in place going forward.

While the small size of the photograph as published makes the details difficult to discern, the yearbook has been recalled so the school can make a minor but critical edit for the inappropriate content.”