Last night’s finish in the Thunder/Spurs was absolutely magnificent. It was pure chaos. Complete and total anarchy. You had Manu cheating get away with this delay of game: 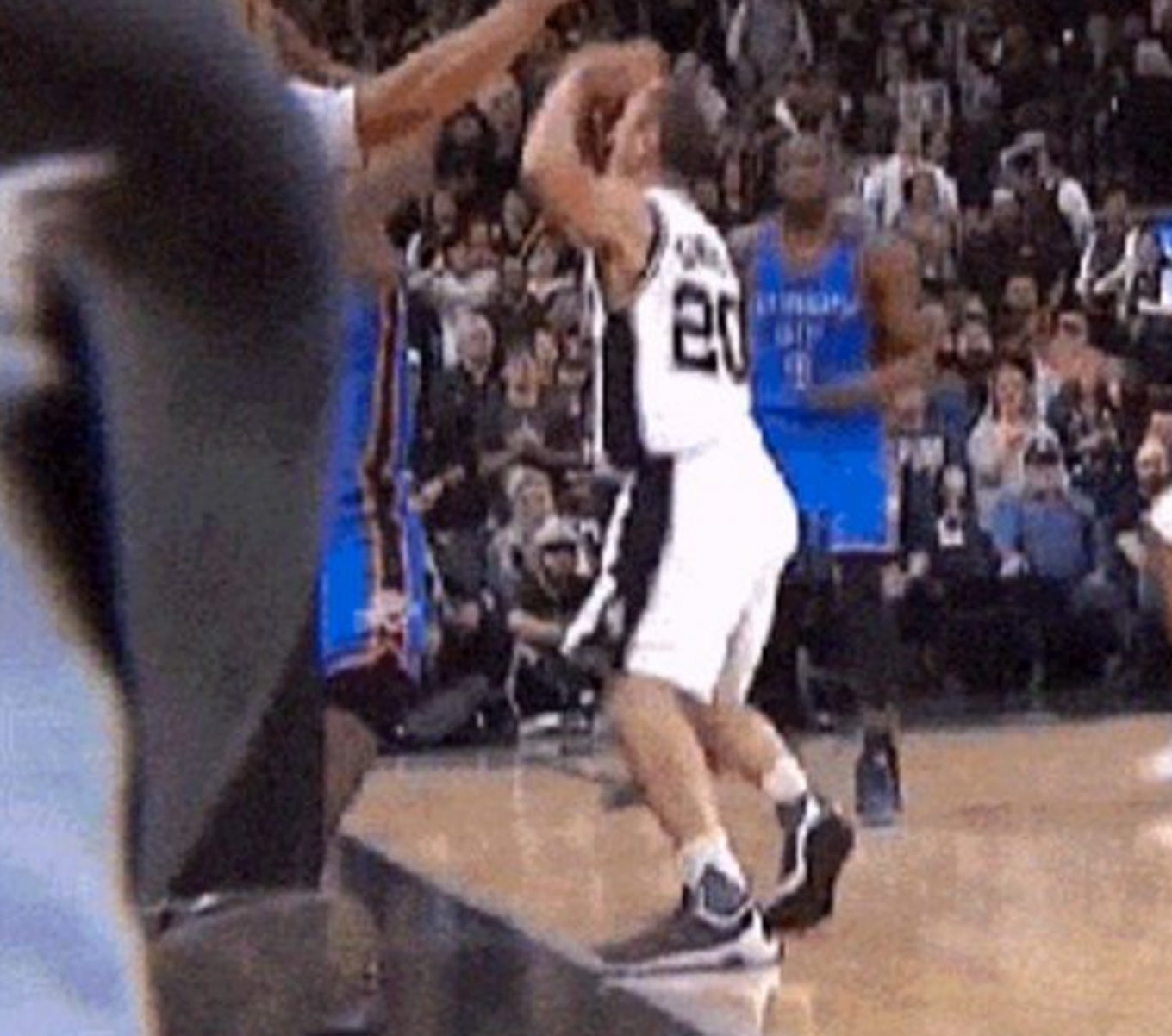 The fans getting in the mix:

It was like an old school ECW match. I expected someone from the crowd to hand Gregg Popovich a Singapore Cane at one point. An absolutely wacky sequence that was the talk of the internet last night.

But Billy Donovan didn’t know that. Billy Donovan didnt even know what the hubbub was about. “Who? What? Which play? Some people say cucumbers taste better pickled.” That takes an astounding set of stones to sit up at that microphone and act completely oblivious. As if you dont even know WHICH PLAY these guys are talking about. You can pull a Popovich and just say the game is over and you’re moving on to game 3. You can lie and say you think the ref made the right call there. It would have been even more badass if he just said “Manu stepped over the line” the way Dion Waiters did.

Any of those would have been acceptable or expected. But to sit there and play dumb was such a next level snake move, I love it. Cannot get enough of it. Like some used car salesman or something just lying directly to everyone’s face. George Costanza would have blushed from this performance. Only thing that would have perfected that performance would be Billy dropping a “Was that wrong? Should he not have done that? I gotta plead ignorance on this one. If I knew that that sort of thing was frowned upon…”

To be honest I think Billy was trying his best to avoid any discussion of that play, not because the refs missed the call, but because he was terrified of a reporter asking him “What the fuck are you thinking putting the ball in Dion Waiter’s hands on that play??” Smart man, Billy Donovan. Dont walk into that trap.

PS – The one aspect of this play nobody is really talking about is Danny Green’s terrible, terrible pass. Half decent pass that doesnt force Patty Mills under the backboard and its a piece of cake layup for the win and everyone is saying ball dont lie.

PPS – This pass from Parker still might have been the craziest play out of that game: