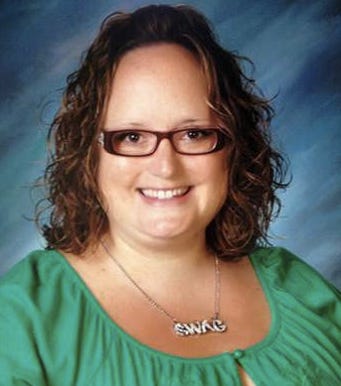 (Source) — Clark County School District police arrested a middle school teacher Friday. A district spokeswoman confirmed the arrest of Nicole Wilfinger, who chairs the math department at Molasky Junior High School, located on Gilmore Avenue between Buffalo Road and Cimarron Road. Wilfinger, 37, is being held at the Clark County Detention Center on $60,000 bail. She faces three charges of statutory sexual seduction by a person older than 21, one charge of engaging in sexual conduct with a student between 14 and 15 years of age, one charge of engaging in sexual conduct with student between 16 and 17 years of age, and three charges of lewdness with a child older than 14. It’s unclear how far back in time the charges reach. Reached late Friday, the district spokeswoman could not share a copy of Wilfinger’s arrest report. The teacher is due in court Saturday morning.

If you ask me the school is just as responsible for these crimes as Nicole Wilfinger is. The second a teacher shows up to school with a fake diamond “SWAG” necklace then that’s ground for immediate termination, no two ways about it. Allowing her to continue employment is no different than allowing a teacher on a sex offenders list or with a history of mental health disorders continue to mold young minds. You know, without a doubt, that there is something seriously wrong with her yet you did nothing to stop it. That’s on the Molasky Junior High administration. The very moment she breached the doors with that necklace she announced to everyone, “I’m banging a student, hopefully a black one, before lunch.” Teachers who try too hard to identify with their students are always trying to fuck them and Nicole Wilfinger literally wore a sign saying that was her goal, you’ve gotta nip that shit in the bud right away or this is what happens.