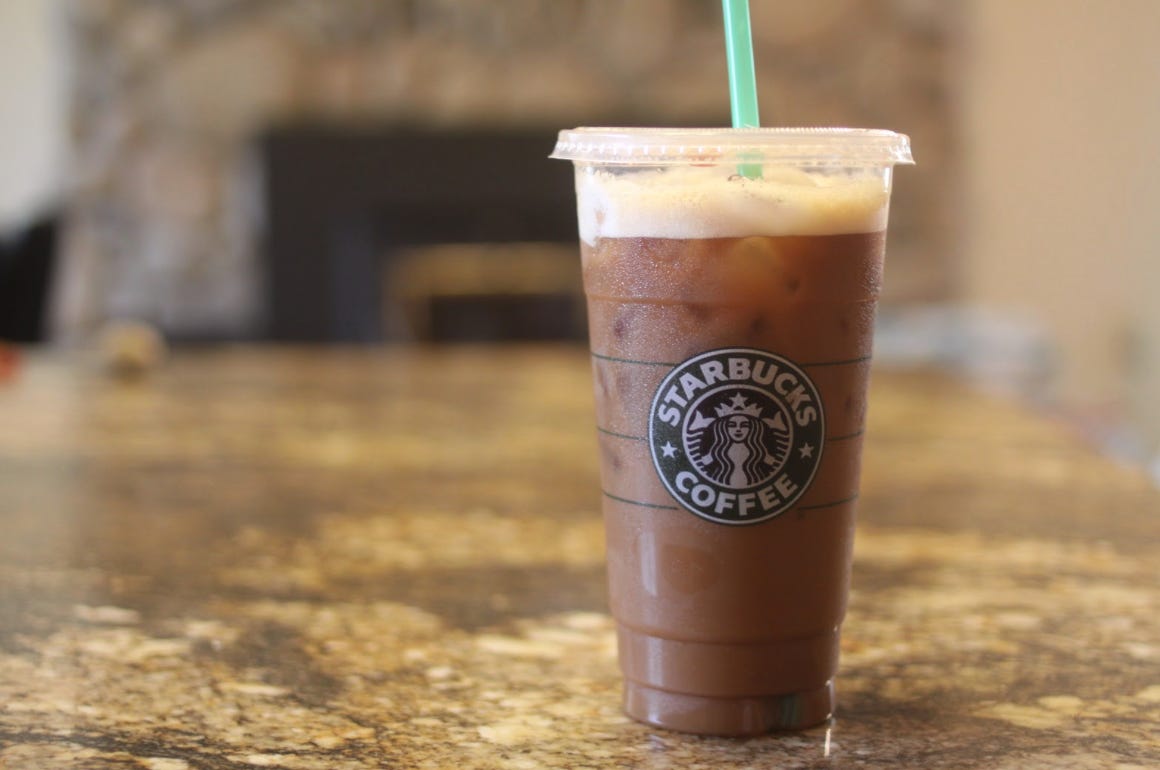 Fox News- Coffee conglomerate Starbucks is being sued for $5 million over the amount of ice the drink-maker puts in its iced beverages. According to The Telegraph, Stacy Pincus filed a 29-page complaint in Northern Illinois Federal Court in Chicago last week. Pincus alleges that Starbucks customers are being misled because the company’s iced drinks contain just over half the drink they are paying for. “A Starbucks customer who orders a Venti cold drink receives only 14 fluid ounces of that drink – just over half the advertised amount, and just over half the amount for which they are paying,” the complaint reads. Pincus said in the complaint that a customer who orders a Venti iced coffee will only receive about 14 fluid ounces of iced coffee even though they are expected to receive 24 fluid ounces as Starbucks advertises. “In essence, Starbucks is advertising the size of its cold drink cups on its menu, rather than the amount of fluid a customer will receive when they purchase a cold drink — and deceiving its customers in the process,” the complaint added. The lawsuit she filed is a class action on behalf of anyone who has ordered an iced-beverage from a Starbucks shop in the last 10 years.

Finally. Finally someone has the balls to call out Starbucks on their bullshit. So. Much. Ice. Make no mistake about, this is the biggest scam in America. Bigger than Enron. Bigger than Bernie Madoff. Bigger than all of those scandals combined. Starbucks filling their iced drinks with 85% ice is absolute bullshit and it’s gone on too long. The worst part of it? Most of us are content to take it right on the chin from Starbucks because we crave their coffee like a heroin addict craves his next high. We stand in their way-too-long lines and wait for them to give us less than we paid for despite and we know what’s happening. I’d stop getting Starbucks if I could but I am a fiend. A fiend who gets two ounces of coffee in a 24 ounce cup and lets it happen again and again. Well that stops now with this American hero standing up to Big Bad Starbucks and suing them for 5 million bucks. I mean the lawsuit won’t go anywhere and will have zero affect but at least Starbucks will know we’re fed up. Take that, Starbucks.

PS- I’m aware you can just ask for less ice in your iced coffee but if you think I have the balls to do that, you’re wrong. It’s not even a ballsy thing to do but I hate any sort of confrontation so I just keep letting Starbucks rip me off because I’m a weak person.