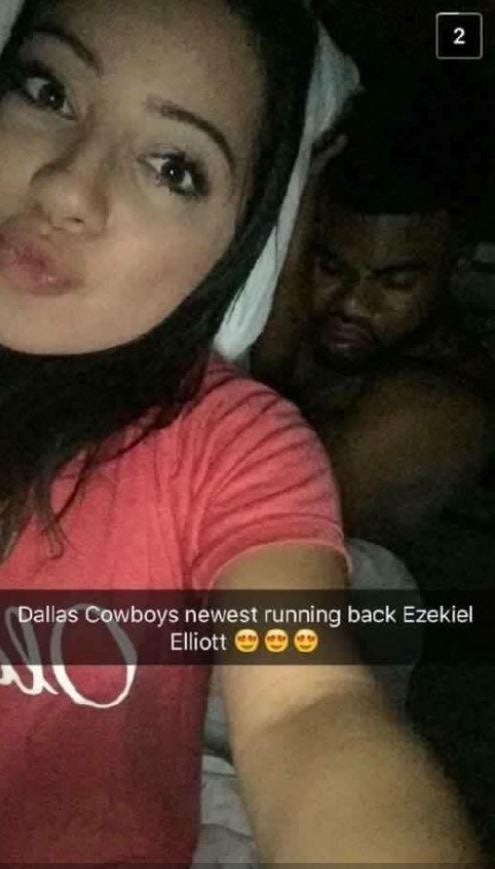 I’ve seen lots of people/bloggers being like “Oh shit! Nobody is safe, blah, blah, blah.” Honestly who gives a fuck? I said the same thing when this happened to Edelman and everybody freaked out trying to blacklist the chick from clubs. Ezekial Elliot is single. He just got drafted and became a millionaire. Obviously he was going to fuck some random chick. And if I was a chick I’d snapchat it too. No different than a guy bragging if they banged a famous model or something. Total non story.

PS – I can tell this chick FUCKS.