“Where’s his agent? He shouldn’t be fielding questions like this … You can’t have a worse night than Ole Miss had … this is a real bad look for Ole Miss … Hugh Freeze is the guy that is standing there as [Tunsil is] going through this ordeal, he’s the one standing by my side and protecting me … the one thing Tunsil did today that was his fault, he should never have done this answering those questions, and then go sell out the coaching staff and Ole Miss … he’s going to have to mature real quickly or this league is going to eat him up.”

No surprise here. Everybody looking for a villain from last night since it turns out Laremy was the victim, and we still don’t know the identity of the hacker to fully turn our witch hunt onto. Looks like the internet has turned the crosshairs on Todd McShay for his hot takes on TV last night. He’ll do for now, the blood thirsty internet mob needs a human sacrifice to keep it happy.

1) Uh, the Hacker. Are we just forgetting that there’s only one true scumbag in this whole thing? Tunsil was a college kid who smoked weed and needed help paying rent and utilities. Hugh Freeze and his coaching staff had a kid making them millions of dollars who needed help paying rent and utilities. Meanwhile there’s a guy who may or may not be his stepfather holding his social media accounts hostage and slowly leaking old, extremely damaging videos and text messages…after shopping them around the internet looking to sell them to the highest bidder. Fuck that guy.

2) The NCAA. Always right at the top of my list. Wonder how much money Tunsil made them. They rewarded him by making him sit on the sidelines half a season for borrowing a car. Now Ole Miss is going to be fucked because he needed a few hundred bucks to pay his rent and his mom’s electric. Fuck the NCAA. 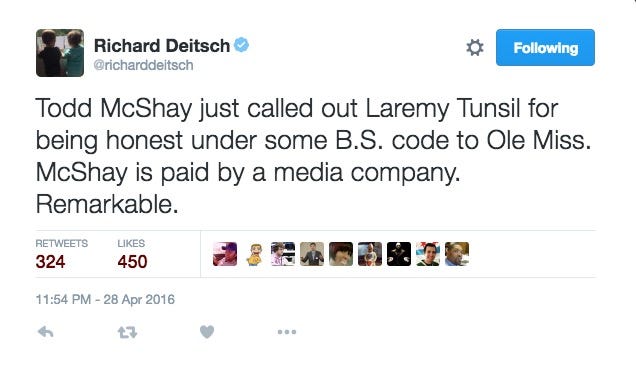 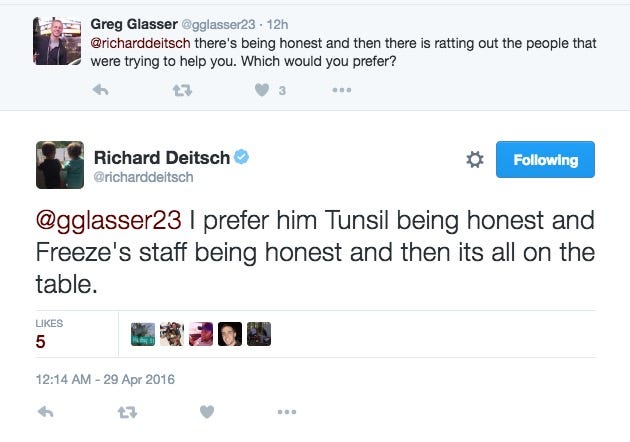 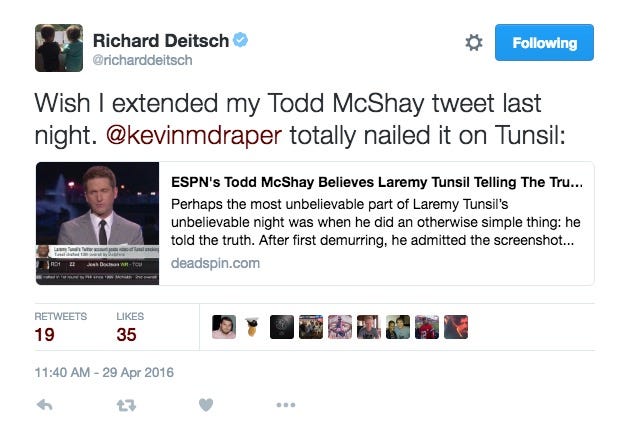 Even if I thought McShay came on way too strong with his take, it’s sanctimonious tweets like this that automatically push me back towards his side. So irritating. I don’t think it was “immature” of Tunsil to do what he did, but it’s not the most outrageous thing in the world to suggest maybe it wasn’t cool of him to drop that dime. “No comment” is always a possibility. I’d be more concerned about…

4) The Idiot Who Let Tunsil On Stage