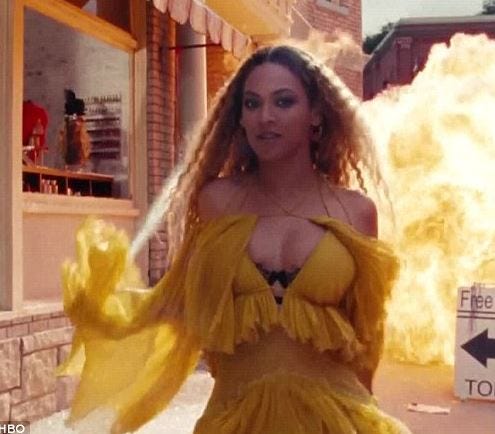 So in case you missed it Beyonce dropped a new album tonight called Lemonade and lit social medial on fire.  Well let me start by saying this has nothing to do with her music. In fact I really liked that song when she was smashing windows in the yellow dress and the one with Serena twerking in it. But she’s just so god damn insufferable. I mean at least Kanye admits he’s an egomaniac. He doesn’t try to hide it. I feel like Beyonce would look you straight in the eyes and say she’s humble. She makes my skin crawl. She’s Lebron with a microphone. She’s the biggest female egomaniac on the planet. It overshadows everything she does. It overshadows all her music. Everything has to be so god damn melodramatic. And then you have idiots like Lady Feitlberg lapping it up like ice cream. “OMG is she breaking up with Jay Z on TV? Oh my god! (Insert squeal)” Yeah she divorced him so hard she released the album on Tidal which Jay Z is the majority owner. Again I’m not disputing that she’s talented and great. And I get that dropping albums when people don’t know they are coming is all the rage. But just cut the shit with all this extra bullshit.  Rihanna has had every bit the career Beyonce has, probably fucked her husband, and you don’t see her doing this stuff.