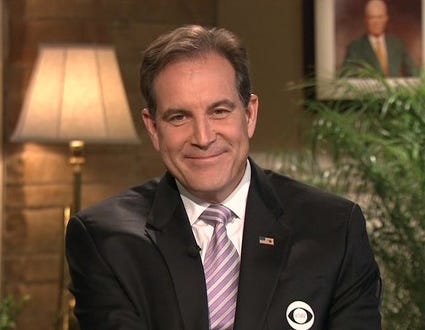 Listening to the story on Pardon My Take about Jim Nantz giving people his tie after the game reminded of a story from a few years back between my JR and Sr year in college.

I had a summer job at this seafood place in Maine, and Nantz was a frequent customer. The owner of our restaurant went golfing with him one day, and the two of them came back for lunch. When their food was ready, he and my boss came to the window and I was introduced to Jim. We made some small talk and I told him i was excited for football that fall. Before he left, he pulls out a sleeve of golf balls and gives them to me. I open them up later on, expecting some CBS or NFL logo balls, but to my surprise they just have Jim Nantz’s signature on them. Him giving his tie away makes total sense.

You know in the movie Spotlight when the journalists start digging deeper into the Priest pedophilia in Boston and they have a conversation with a guy who basically says it could be hundreds of priests and that they don’t realize the scope of the situation?* Well that’s how I feel with Jim Nantz and his personal memorabilia. We are just now hitting the tip of the iceberg. Yesterday it was a tie to one player a year, today it was hundreds of ties to people all over the country, and now this. Jim Nantz giving away golf balls with Jim Nantz signatures on them. The man just won’t stop giving people Jim Nantz trinkets that no one asked for. If you have had an interaction with Jim Nantz, no matter how brief, there is a very good chance you are taking a piece of Jim Nantz with you. The man is a walking Yard Sale. He is the Craigslist “free stuff” section brought to life. I actually feel like a complete sucker now that I know I’m in the minority for not owning something Jim Nantz has previously owned. Guy has pre-signed golf balls in his golf bag in case someone says hello to him in passing. Jim Nantz, all time great announcer, but kind of a strange dude.

*I realize that comparing Jim Nantz memorabilia to the Catholic Church pedophilia scandal is a stretch but I watched spotlight the other night and my brain is incapable of holding information for more than a couple of weeks. Shitty shitty brain. If I could return it, I would. Also expect a few more Spotlight analogies this week, you were warned.