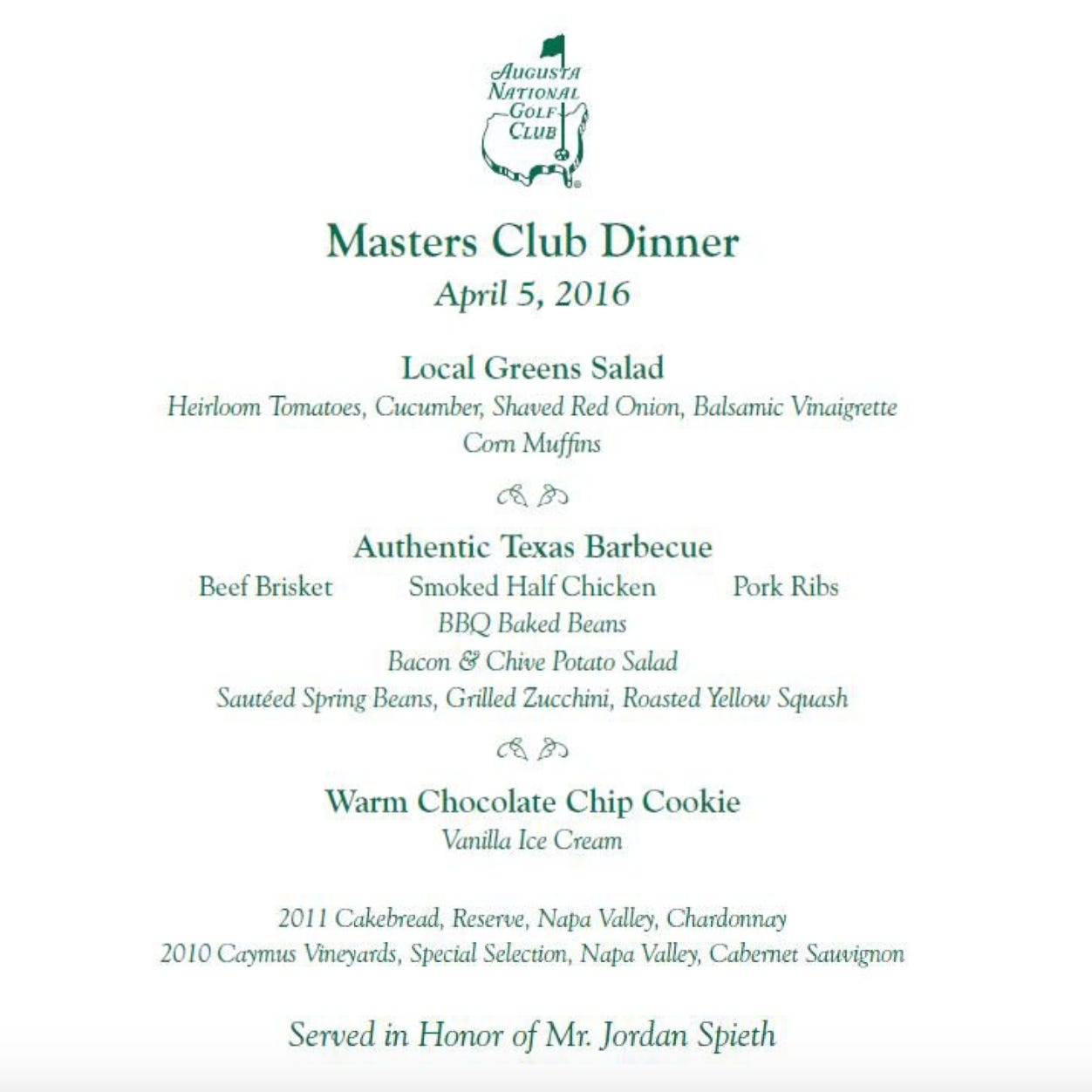 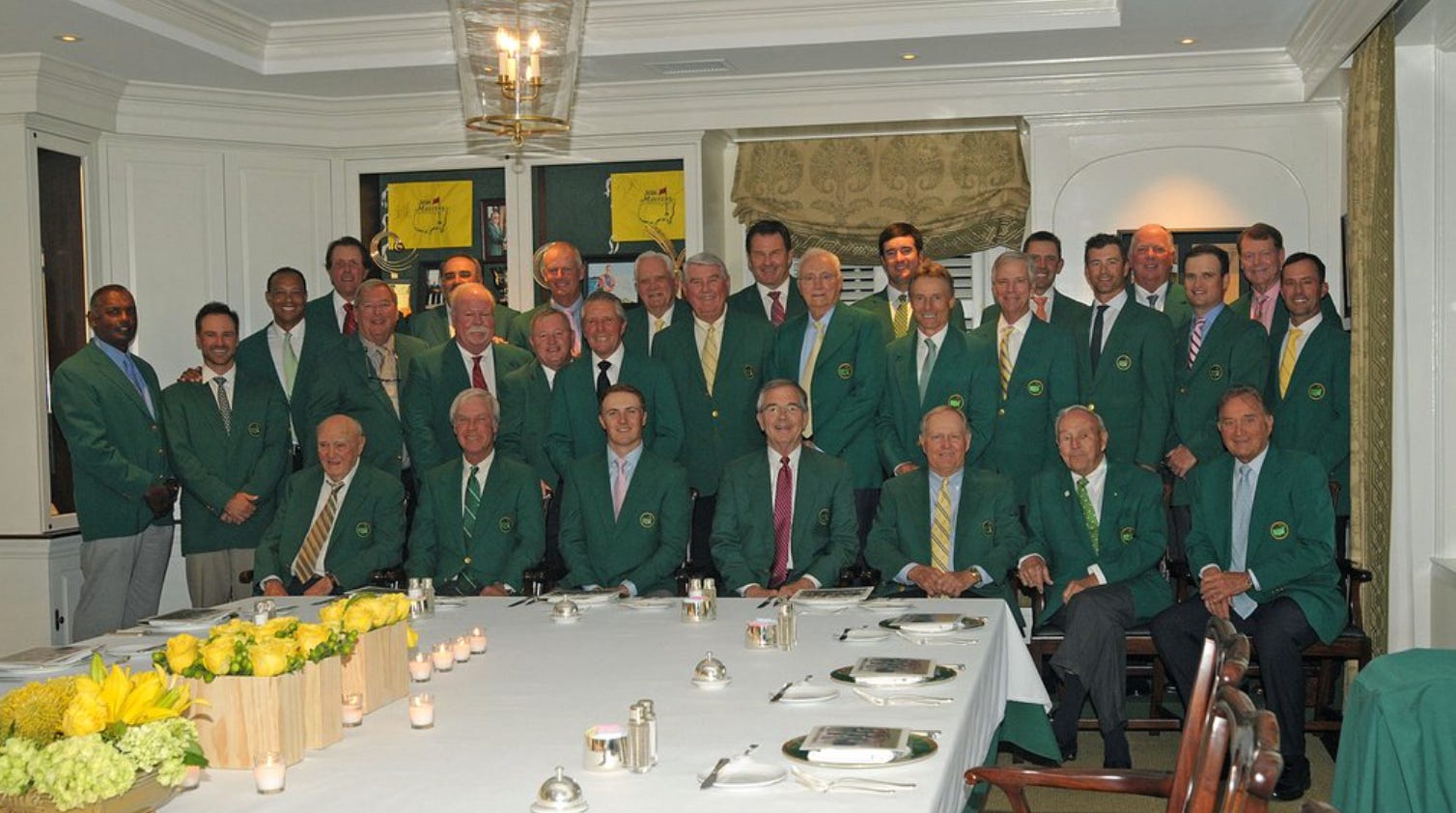 There’s a good looking bunch! Good to see my friend Tiger made it out. Lots of awesome people in that picture and Bubba Watson. This is yet another tradition unlike any other. The Masters Champions Dinner where past champions gather the Tuesday before the Masters and the previous year’s winner picks a menu specific to him. This year it was Jordan Spieth’s turn. Let’s take a look at the choices he picked.

I don’t have much on this. It’s salad. Hard to blow me away with any salad so this is just fine I guess. I can’t say I love the balsamic vinaigrette choice though. The only real way to get me pumped up about a salad is if it’s a caesar salad with a truly disgusting amount of caesar dressing and more croutons than greens. Other than that, salad is pretty much salad and it sucks. I like corn muffins.

Haymakers. Absolute haymakers from young Spieth with the entrees. Not that he had a lot to live up to after Bubba served grilled chicken as his entree at last year’s Champions Dinner. Grilled fucking chicken. Can you believe that? You know the thing we all choke down for dinner when we’re on a diet? Yeah, that’s what Bubba served to some of the greatest golfers who ever lived. Borderline disrespectful. Jordan Spieth following that up with BBQ this year is like Jay-Z coming out on stage after Tiko Texas. Beef brisket, smoked chicken and pork ribs. Those dudes are eating like KINGS in Augusta tonight.  Baked beans are a classic choice as well. I can take or leave the other vegetables. The sneaky great selection is the bacon and chive potato salad. I’ve never had that but I can only imagine it’s what heaven would taste like. A+ choices all around. That right there is how you do Champions Dinner entrees.

I can already hear the morons on Spieth’s dessert choice. “Chocolate chip cookies bro? What the hell bro? That’s poor people shit bro. You gotta do better than that bro.” What those idiots seem be forgetting is that it says WARM chocolate chip cookie. Key detail. That makes all the difference in the world. Warm chocolate chip cookies are soooooooooo good. They are the greatest type of cookie that way. Choices like this are why Spieth is Spieth. Effortless greatness. Sometimes it’s best to keep it simple. You don’t need extravagant desserts. No flash. No pizzaz. No fluff.  All you need is a warm cookie and cold ice cream. Done and done.

Booze is booze. I don’t know shit about wine so that all sounds good to me. They need to over serve Tiger and get him to spill the beans on what happened on Thanksgiving back in 2009.