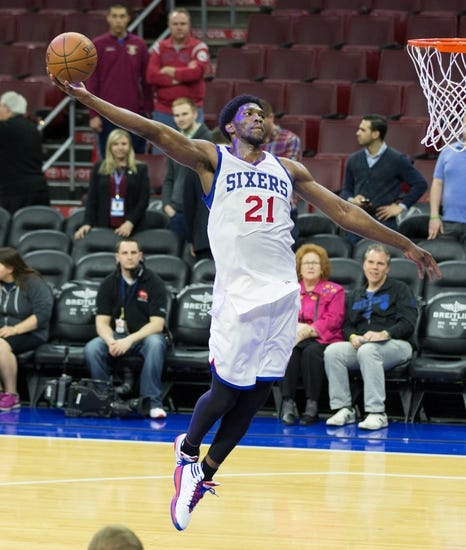 REALGM – Joel Embiid has returned from Qatar and was moving faster and doing more shooting drills than before he left for his most recent two-week rehab trip. “A little quicker, a little bit more active heart rate, a little bit more getting blood flowing, a little more movement — a little bit more of a little bit more,” said Brett Brown. The plan is for Embiid to skip Summer League and begin playing in the preseason in October, but he has progressed to the point where his lone restriction right now is “full-contact, full-court scrimmaging.” Brown said the Sixers were so impressed with Aspetar, a rehab and sports-medicine hospital in the capital city of Doha, that it’s possible Embiid could go again and that other Sixers might travel there. Brown insisted Embiid wouldn’t have benefited nearly as much from attending a rehab hospital in the eastern U.S. as he did at Aspetar. “It’s extremely private,” Brown said. “It’s extremely isolated. It allows him to not be distracted by almost anything. It’s a community of fellow athletes sharing ideas, sharing stories. He’s in an incredible professional environment that helps him.”