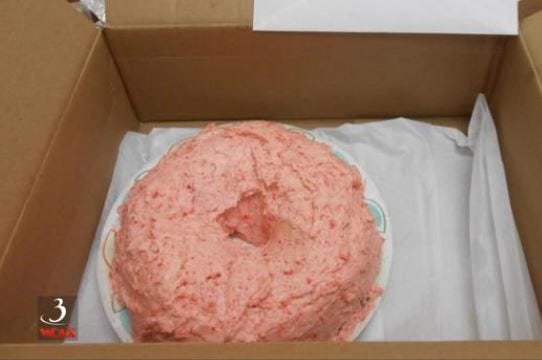 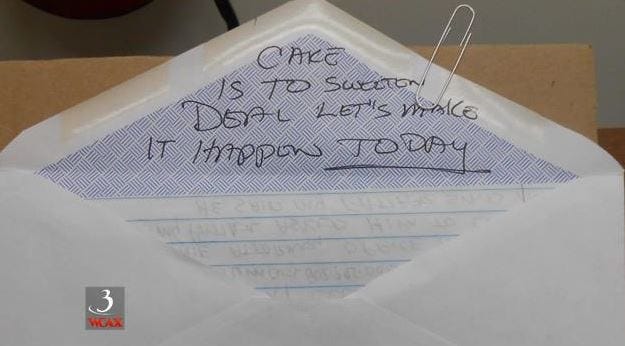 BENNINGTON, Vt. – How do you convince Bennington Police to not file charges against you? Well, sending a cake does not seem like a good idea. Edward Corey, 62, was facing charges for allegedly stealing thousands from his dad. But now, he’s picked up another charge for trying to bribe a cop with a pink-frosted cake. Police say the Shaftsbury man sent the cake and a note saying, “Cake is to sweeten deal. Let’s make it happen today,” hoping to convince Cpl. Christopher Lauzon to get the charges to go away.

In theory I don’t hate this move. I mean sending a cake to get police officers to not press charges against you is a nice gesture. But here is where he went wrong. This cake is fucking disgusting looking. It looks like a salmon bagel or something. I mean that ain’t no cake that’s gonna convince somebody to drop charges against you. The good news though is I don’t think the bribery charges will stick. I mean what judge would say this is a bribery attempt? You don’t make friends with salmon bagel cakes that’s for damn sure. Chocolate cake or go home.