Cardplayer - While there hasn’t been an official announcement yet, high-stakes gambler Dan Bilzerian has successfully completed his 300 mile Las Vegas-to-Los Angeles cycling prop bet, which netted him roughly $1 million, according to various posts on Twitter. Hedge fund manager and fellow poker player Bill Perkins, who bet $600,000 against Bilzerian, said on Twitter in the early morning hours on Thursday that Bilzerian was close to the end. The ride had to be completed by 11:59 p.m. PST on Thursday, Mar. 31, but Bilzerian only had 48 hours after he began peddling to make his way across the Mojave Desert. He began the ride at around 3:30 p.m. PST on Mar. 29 (with a police escort) at the “Welcome to Fabulous Las Vegas” sign, so he completed it well within the alloted time. 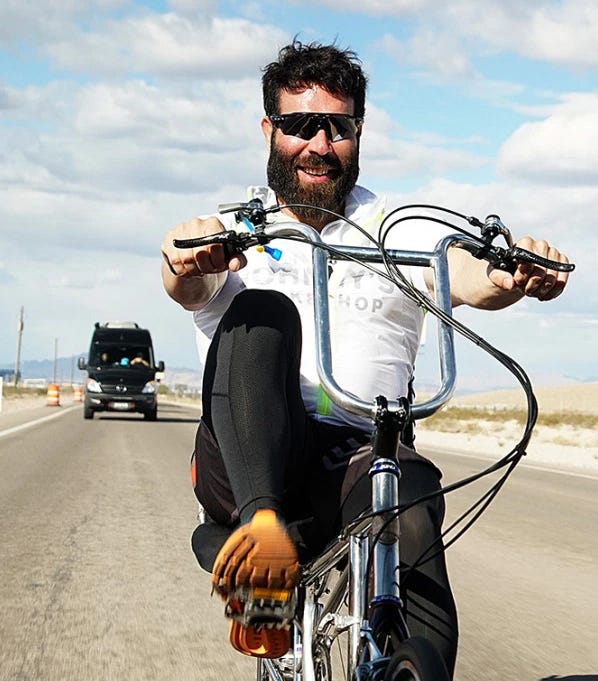 Well, that was quick.Dan finished his bike ride yesterday, well before the allotted 48 hours. If you don’t recall, he made a bet with billionaire Bill Perkins that he could ride from LA to Vegas, and they put a cool $600,000 on it. But it hasn’t been without a bit of controversy: 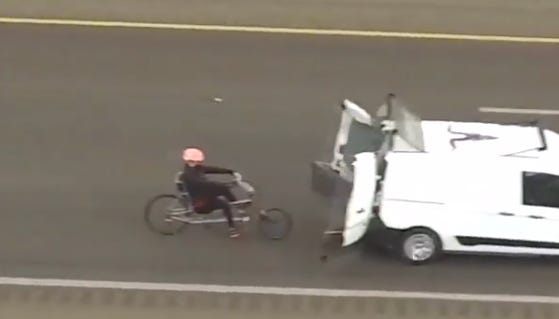 What the fuck is that?! Just coasting along as the filming van takes all the wind out of his face. The bet was him pedaling from LA to Vegas, not him drifting behind a van as he sits back in his Lazy Boy bike thinking about the hooker he fucked the night before. A professional biker seems to think he got a big advantage using the van.

Regardless, the man he made the bet with seems to think it was fine and that Dan would have won anyway.

And now we get to sit back and wait to see what the next bet will be: