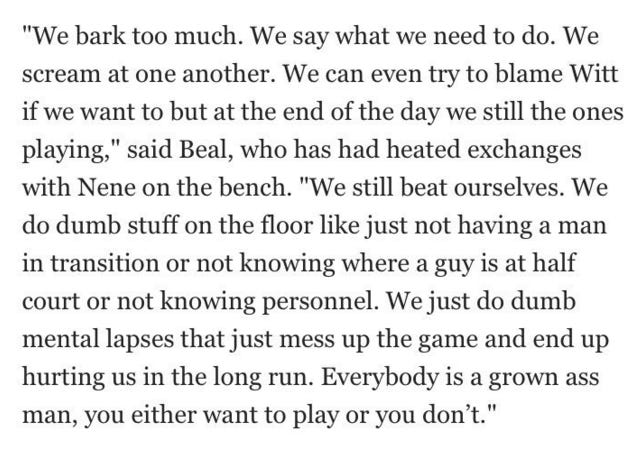 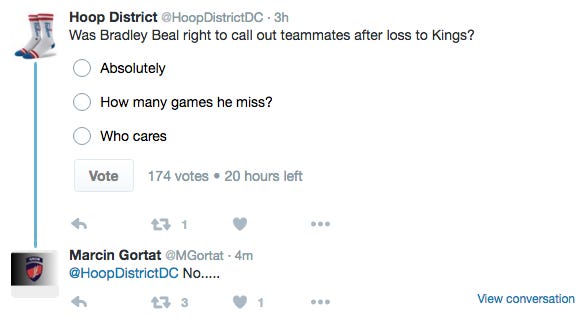 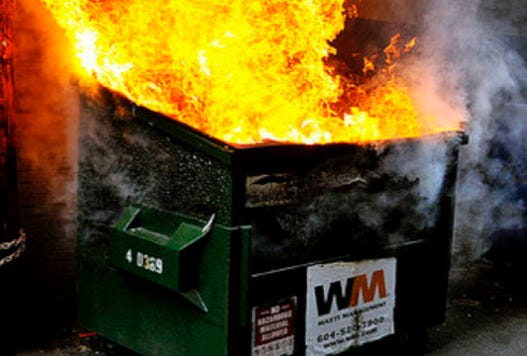 Anddddd here we go. It was only a matter of time after this dumpster fire, disappointment of a season. Besides John Wall who has elevated his game to an insanely high level, everything else was brutal this season. The coaching has been bad. Nene has been bad. Otto has been meh. And Bradley Beal gets hurt every 3 games. After a lazy loss last night, Beal called out his team and now Gortat is responding on Twitter to a blog. Good stuff!

He ain’t wrong about people being lazy and having mental lapses though:

It wouldn’t shock me if the team is very unhappy with Beal. He has been in the league for 4 years and only playing 1 full season. I’m sure a lot of the guys think he doesn’t have the toughness to play through injuries and things like that. And now with this season a complete waste, things were bound to blow up.

I don’t blame Beal for speaking up though. Someone has to. It’s a shame it took this long. But when you lay an egg in an important game to the Kings, tensions are going to be high.

There is going to be major overhaul in the offseason. Wittman and Grunfeld will be gone, Beal will likely be gone, and they are going to have to totally change the culture in DC for basketball because the status quo is not working. Just need to hope they hire Steve Kerr, a big free agent like KD comes to town, and they get this team back on the right track.