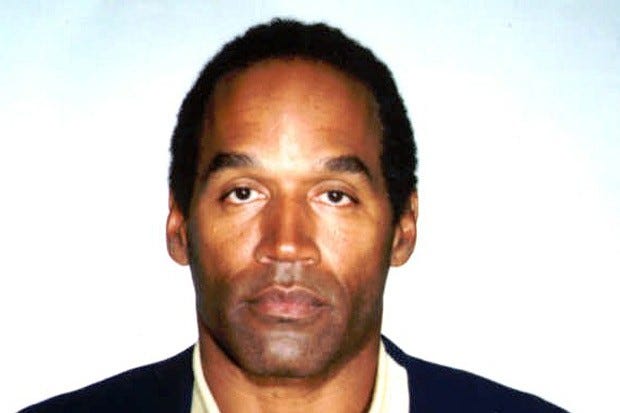 Mashable- The People vs. O.J. Simpson, which wraps up on FX next week, makes viewers question every aspect of Simpson’s infamous murder trial. At least one person, however, remains unambiguously convinced of Simpson’s innocence: Martin Sheen, who will executive produce the true-crime docuseries Hard Evidence: O.J. Is Innocent, “The series intends to explore three questions,” Sheen said. “What if there were enough evidence that proved O.J. Simpson did not murder his ex-wife Nicole or Ron Goldman? What if the real killer were still at large? And finally, what if a grand jury convened to reconsider the case based on new evidence?” The six-episode series was picked up by Investigation Discovery, and is based on the work of private investigator William C. Dear, former LAPD forensic psychologist Dr. Kris Mohandie and Rhode Island police Sergeant Derrick Levasseur. Their reexamination of the case will present “a new theory and never before seen evidence to reveal a possible new suspect behind the case we all think we know.”

“Viewers will not only be presented with real facts and hard evidence, but also an undiscovered eyewitness,” Dear explained. “This revealing series will now show you what may have really happened based upon all the facts, so for the first time, you will be able to judge for yourself. I am certain viewers will be shocked to learn who OJ may have actually been covering up for.” Even then, Investigation Discovery group president Henry Schleiff teases the uncertainty that has surrounded Simpson for over two decades. “With an intriguing theory based on new and never disclosed details, Hard Evidence: O.J. is Innocent will leave viewers second-guessing everything they have ever known about the case, questioning yet again – did he do it?”

Welp it’s happened folks. Like many other old Hollywood actors, Martin Sheen has finally lost his marbles. Now I get that O.J. has again become the hottest story out there again thanks to the TOP-NOTCH acting by Cuba Gooding Jr. and David Schwimmer. So you have to strike while the iron is hot. But do we really need to give shine to the O.J. truthers? Yes he was found not guilty in a court of law. But come on. You know.

Secondly, why in the fuck am I going to let Detective Queenan tell me that O.J. didn’t commit a murder despite basically every ounce of evidence telling me that he did kill Nicole and Ron? Queenan *DEPARTED SPOILER ALERT* is such a shitty detective that he gets killed, allows Leo to get killed, and gets played like a fiddle by Damon and Nicholson. Now why in the world should I listen to someone like that tell me that O.J. is innocent? If Charlie Sheen came out of your ball sack once upon a time, you have already lost more credibility than most people on the planet. You get one of my favorite movie characters ever killed, my last shred of respect for your opinion is gone. No amount of West Wing episodes can change those two facts.

Related: Jim Lampley talked about being friends with O.J. on a new Ringer podcast and apparently calls him Juicy. Not Juice but Juicy. I feel like the only way you can call someone Juicy is if you have had sexual relations with them and/or its some weird pet name. Grade A creepy shit from Lampley.