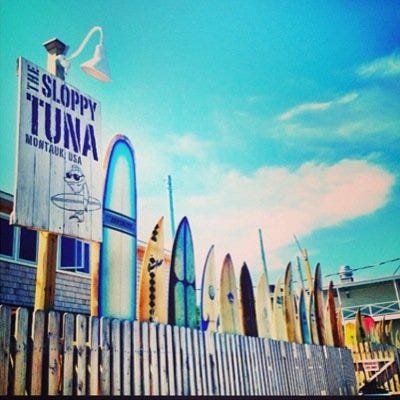 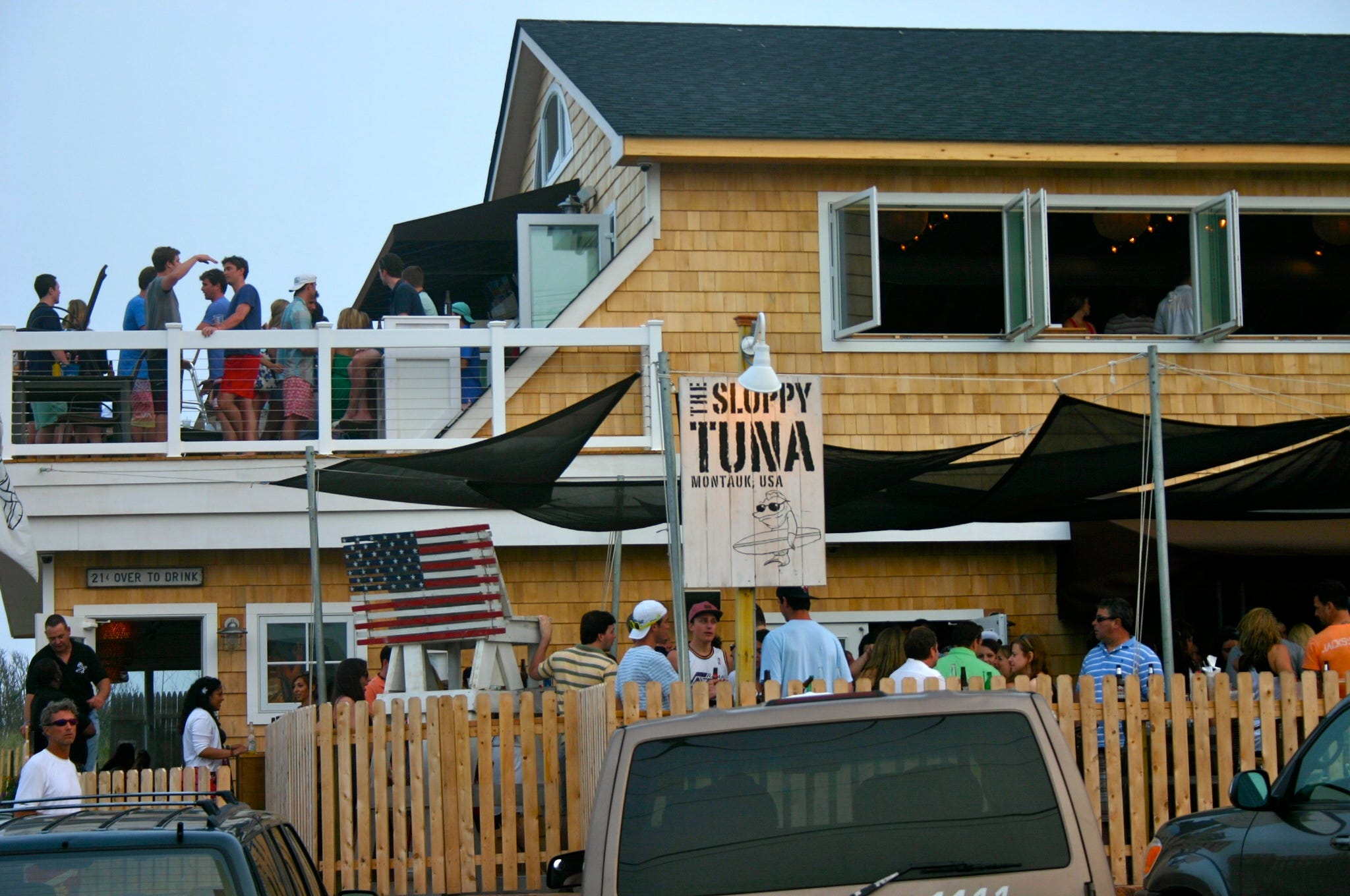 Hey Sloppy Nation!
The Sloppy Tuna as you and we know it will unfortunately not be opening at the same location in Montauk this summer – due to some sudden and unforeseen chaos and back room politics.
We will definitely be popping up somewhere soon – keep your eyes and ears open in the next few weeks for what’s to come next for The Sloppy Tuna!! Read below for more details…

The Riverhead Supreme Court exercised the most extreme, extraordinary and drastic relief possible against a very successful business that provides hundreds of jobs. That ruling concerns all business owners in the state of New York. The court appointed a “receiver” who just happened to be the Judge’s ex-law partner and good buddy and granted him over $800,000.00 in fees – without any evidence of fraud or other such wrongdoing, other than the false claim that documents were not handed over in time, which was complete horseshit. There is no evidence that the Court’s former law partner has any experience, competency, or talent to run this type business. It was only after these exorbitant fees were held up in appeal that the court appointed receiver decided to look busy and seize the business without a trial.

I took a small shack with a stripper pole on the beach in Montauk and made it into a great bar and day/nightclub. It became a household brand name. Despite the various opinions of how Montauk has changed and the placing of blame on the bars, this one business went from nothing to an infamous powerhouse with over 100 employees and worldwide fame. I always tried to hire as much local talent as possible and supported every charity that came my way – especially local.

I personally have been the largest donor to the Montauk Fourth of July Fireworks Show for 3 out of the last 4 years. The Montauk Playhouse acknowledged me personally as an honoree for my outstanding charitable efforts in 2013. The Sloppy Tuna is one of the reasons thousands visit, recreate and celebrate summers in Montauk. The Sloppy Tuna has had a great economic impact upon Montauk and tourism. So much so that the East Hampton Town Supervisor touted it as “One of the Four Economic Engines of Montauk,” justifying government funding from Gov. Cuomo to the region (Look at our Facebook account for Wilkerson’s presentation to Mayor Cuomo).

It’s estimated that tourism went from 15,000 in 2010 to 55,000 in 2015. I bet Atlantic City or Las Vegas wouldn’t complain about The Sloppy Tuna. We agree it’s a tourist destination that we brought too much tourism to. Ironic!

The Sloppy Tuna is a successful and legitimate business that is being tarred by unproven and viciously false accusations. I am confident we will be thoroughly vindicated.

This is an act of malicious retaliation by my former business “partners” Michael Meyer, Michael Meagher and Steve Smith – men that have visited the town less than 5 times in the past 5 years and knows nothing about Montauk or our beloved employees.

It is with my deepest sorrow that so many employees and tourists from all over the world will never enjoy the true Sloppy Tuna Montauk again.

From day 1, Sloppy Tuna has been fighting an uphill battle. The bougie residents of Montauk were against them from the beginning. Probably started because of the name and then when the Tuna was a raging success and became the most popular spot in town they probably lost their minds. From the jump the Tuna has had to go above and beyond to overcome the opposition. They always made sure they took care of the locals and gave back to the community. All they did was create a fucking awesome bar right on the beach in one of the most beautiful places on earth and the uptight Montauk pricks ran them out of town.

I can understand wanting to keep a quiet, untouched gem like Montauk quiet. I’m sure the diehard locals hated the idea that Montauk blew up in popularity and this new bar was the summertime hotspot. Nobody likes tourists and crowds and all that shit. But what was the Tuna supposed to do? Like I said they just created a fun ass bar with good food, good drinks and a back porch overlooking one of the best beaches in America. Guess what? People are gonna wanna fucking go there. I know the Long Island surfer brahs of Montauk probably hate city slickers like myself wanted to enjoying some booze at a beach bar, but thats fucking life. Tuna was one of the only big spots to go that was normal and not bougie and it blows that its gone. Montauk can go back to being the quiet boring town it wants to be.

RIP Tuna…we’ll always have our helicopter night and the time Gronk partied his face off. 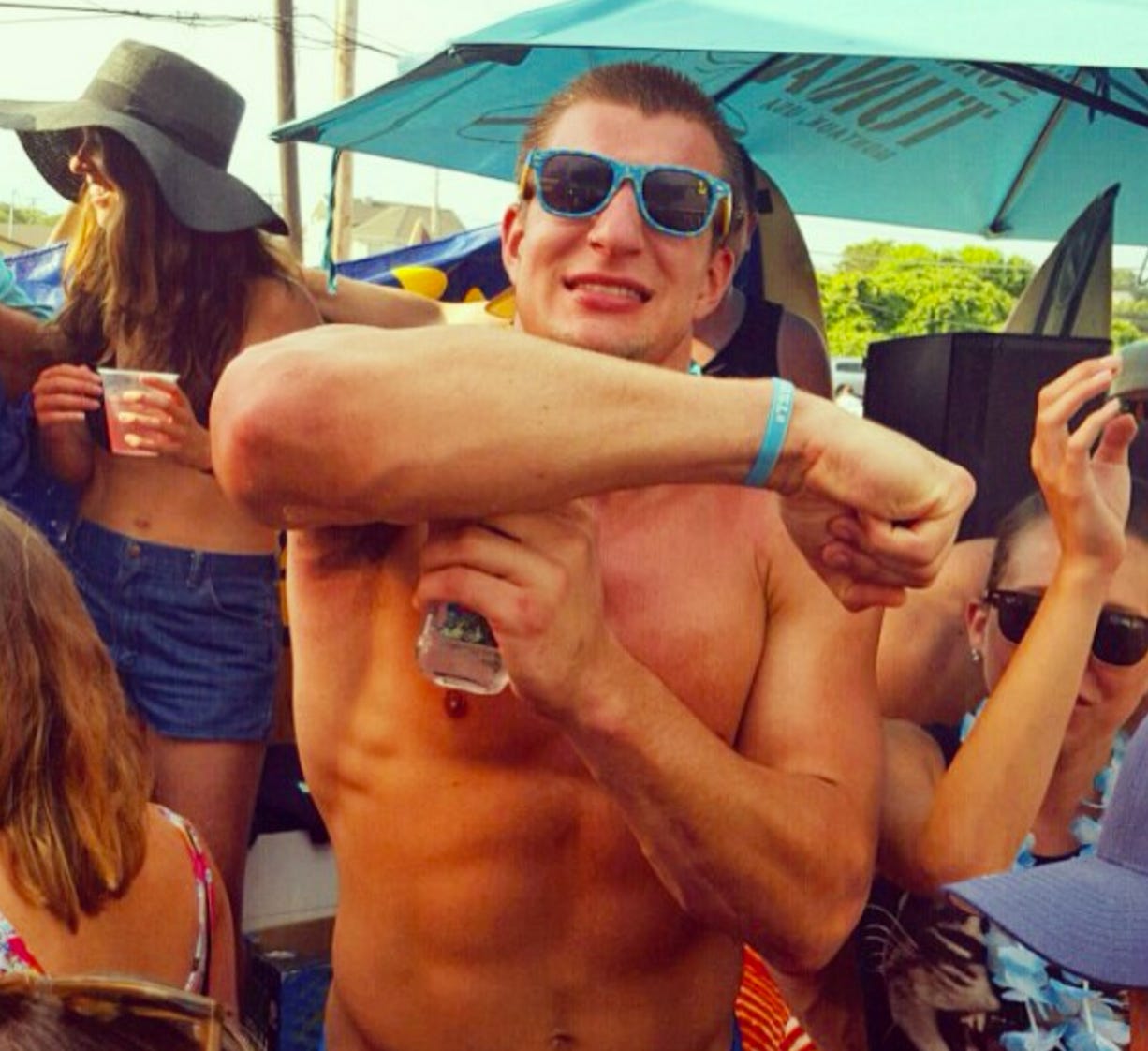 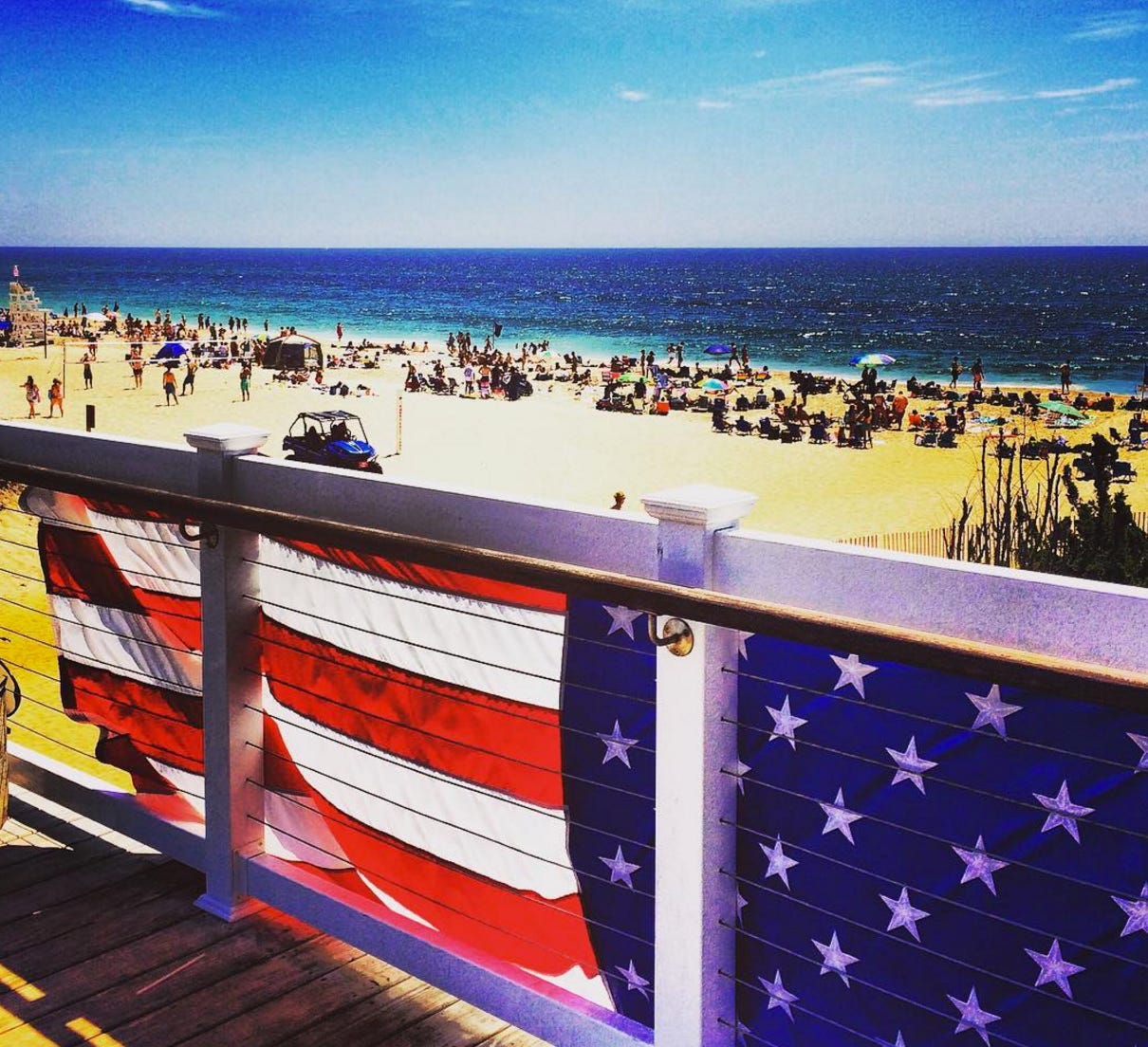 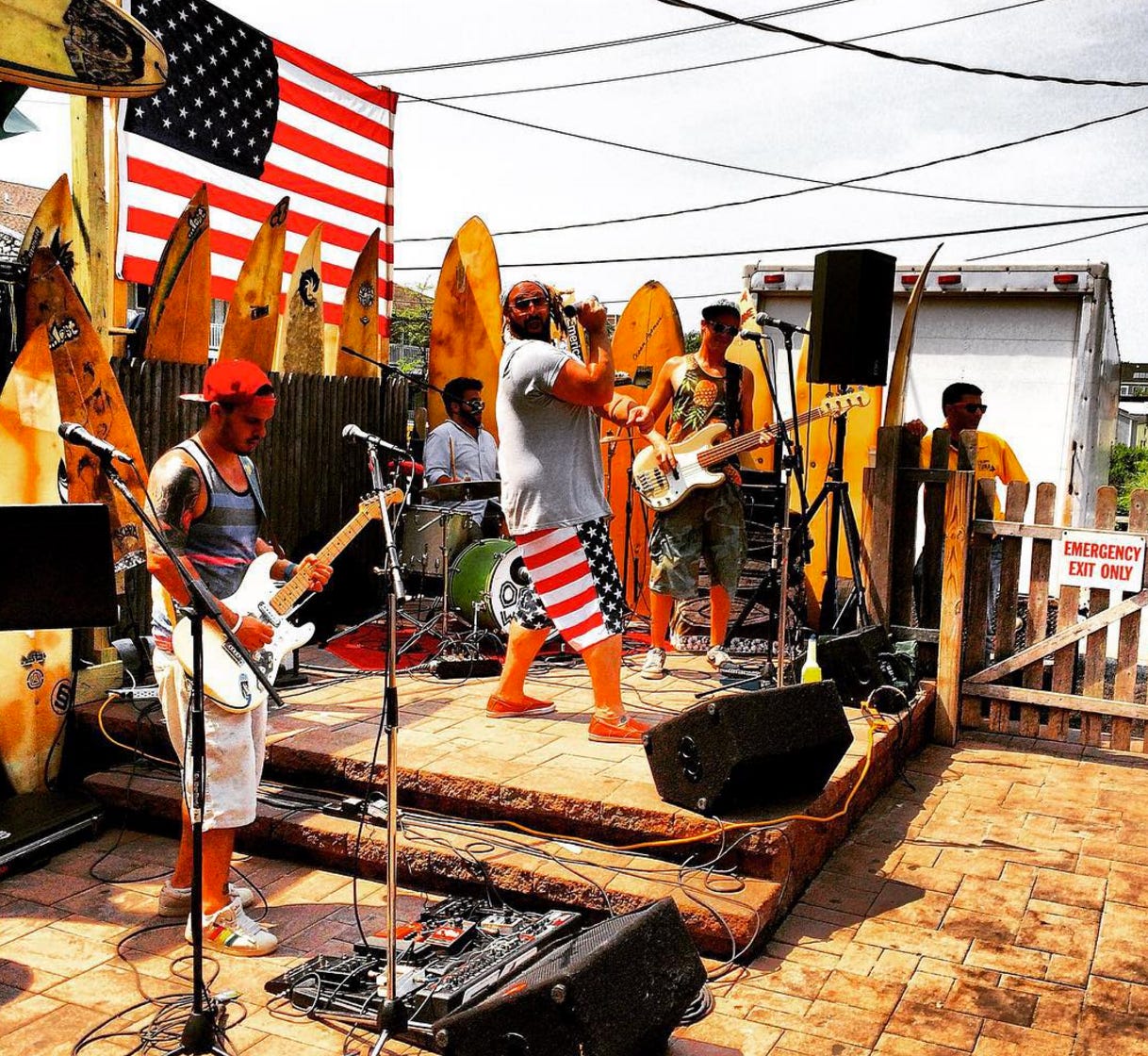 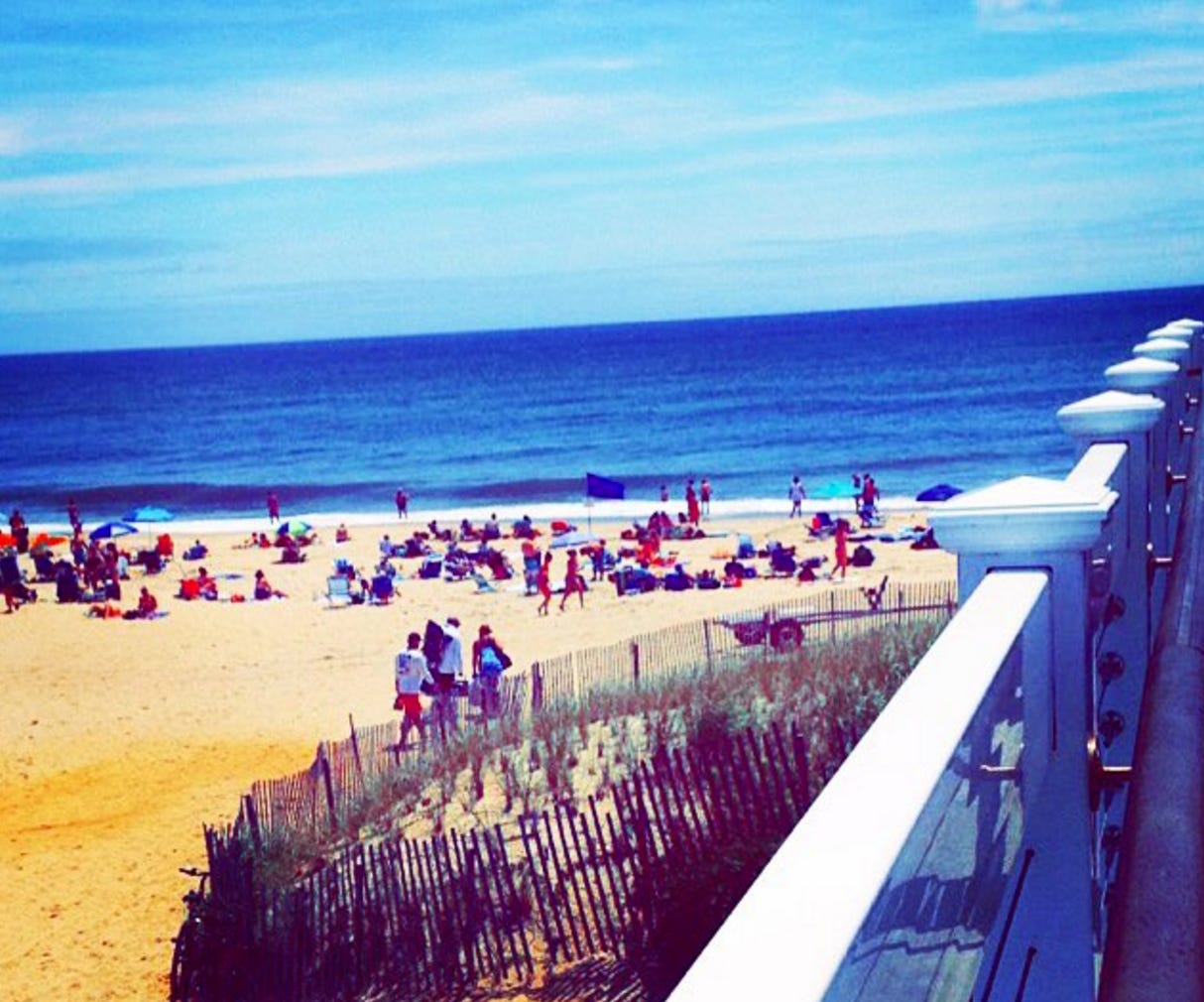 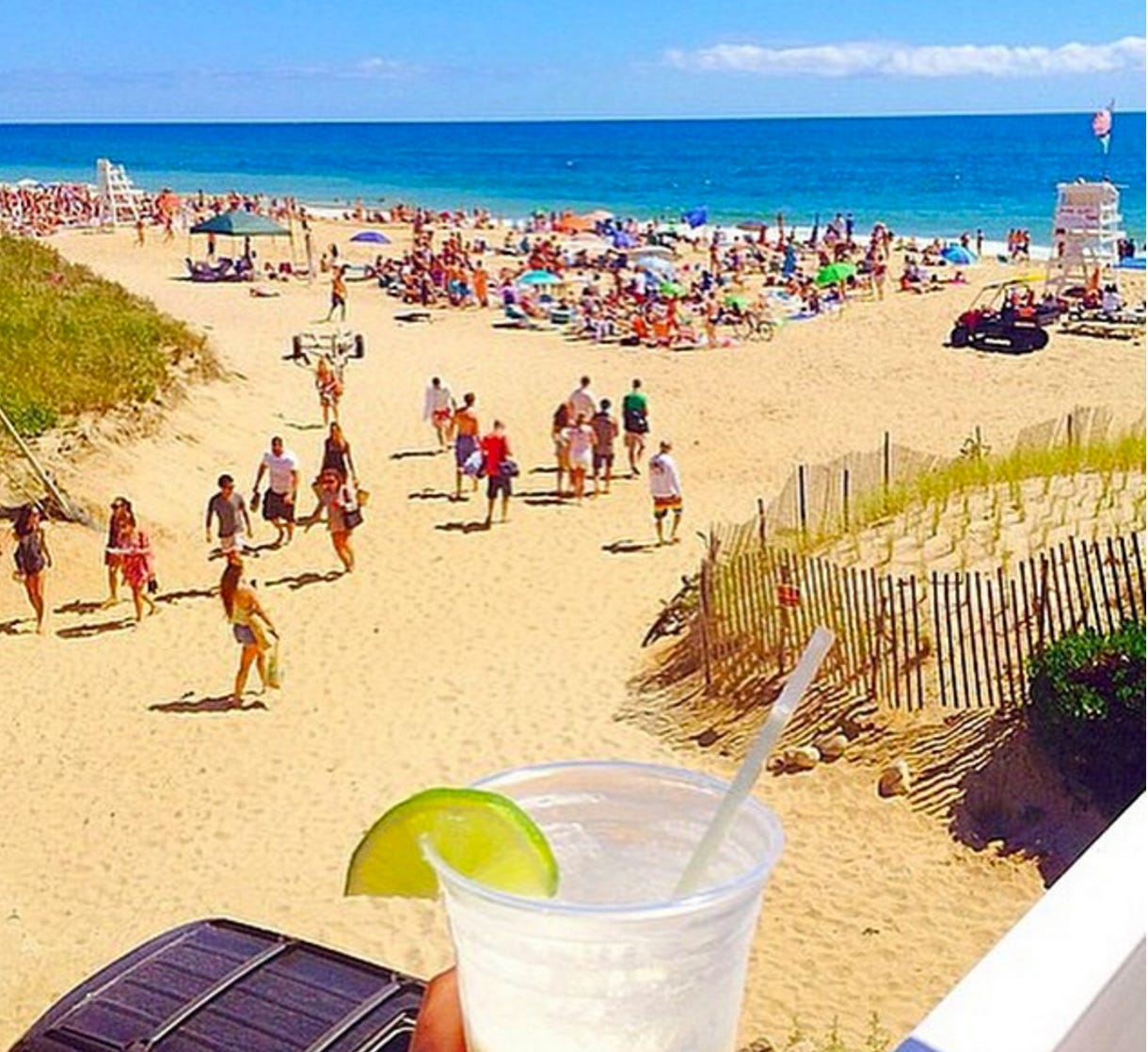 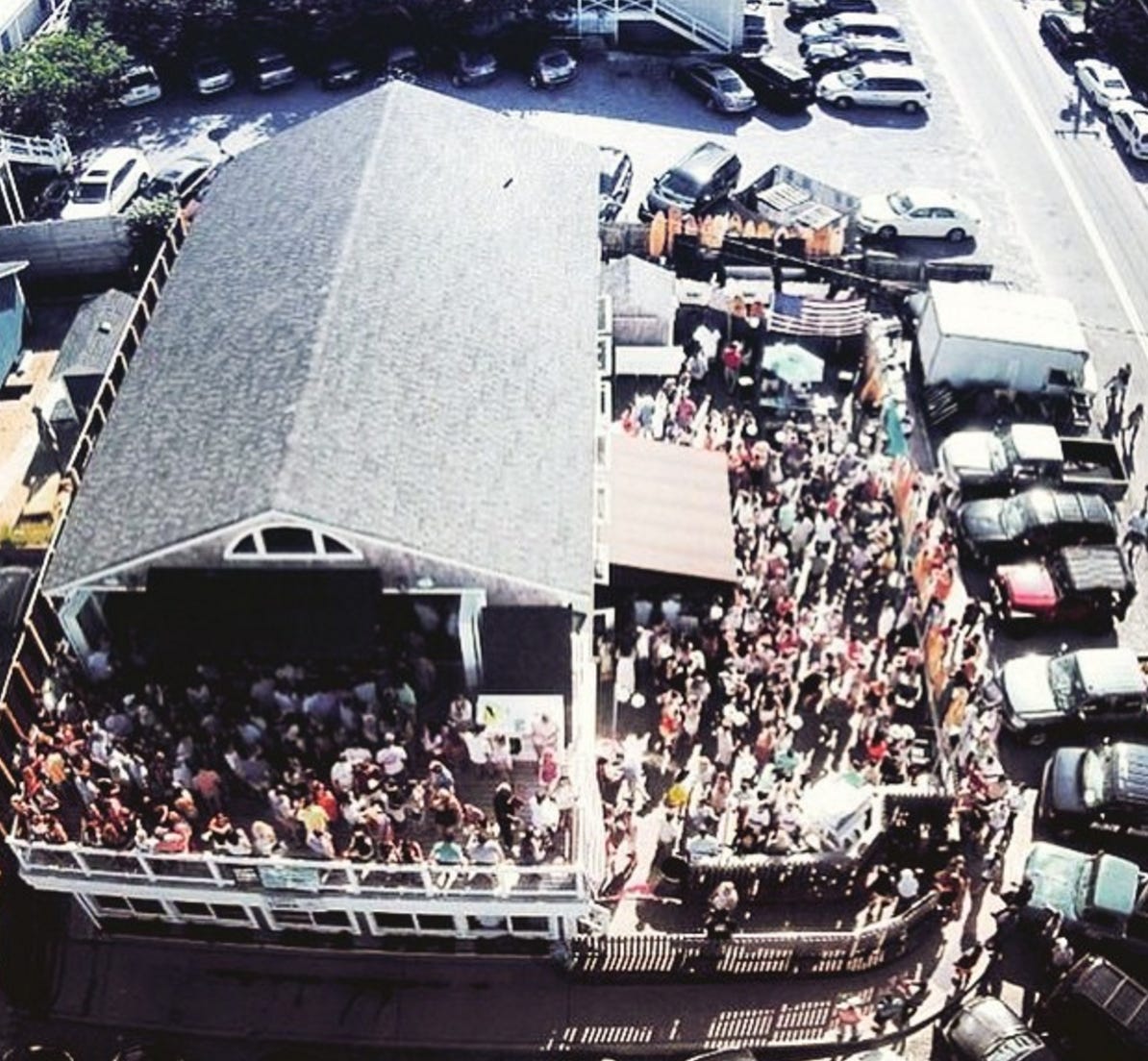