PREVIOUSLY: A Black Girl Yelled At And Grabbed Some White Hippie Kid With Dreads At San Francisco State Because He Was “Culturally Appropriating”

The story of this altercation over “cultural appropriation” is only gaining more steam across the country since I blogged it late yesterday with the identities of both involved parties coming to light. Dreadlock kid Cory Goldstein came forward to talk for the first time in the video above where he explains why he has dreadlocks, how they’re not solely African in origin, and how, frankly, it’s not anyone’s business but his own how he decides to wear his hair. Meanwhile, the black girl in the video, Bonita Tindle, is also being destroyed on social media in a variety of ways by people who want her to receive a response from San Francisco State in line with what would happen if a white student bullied a black student in the same way: 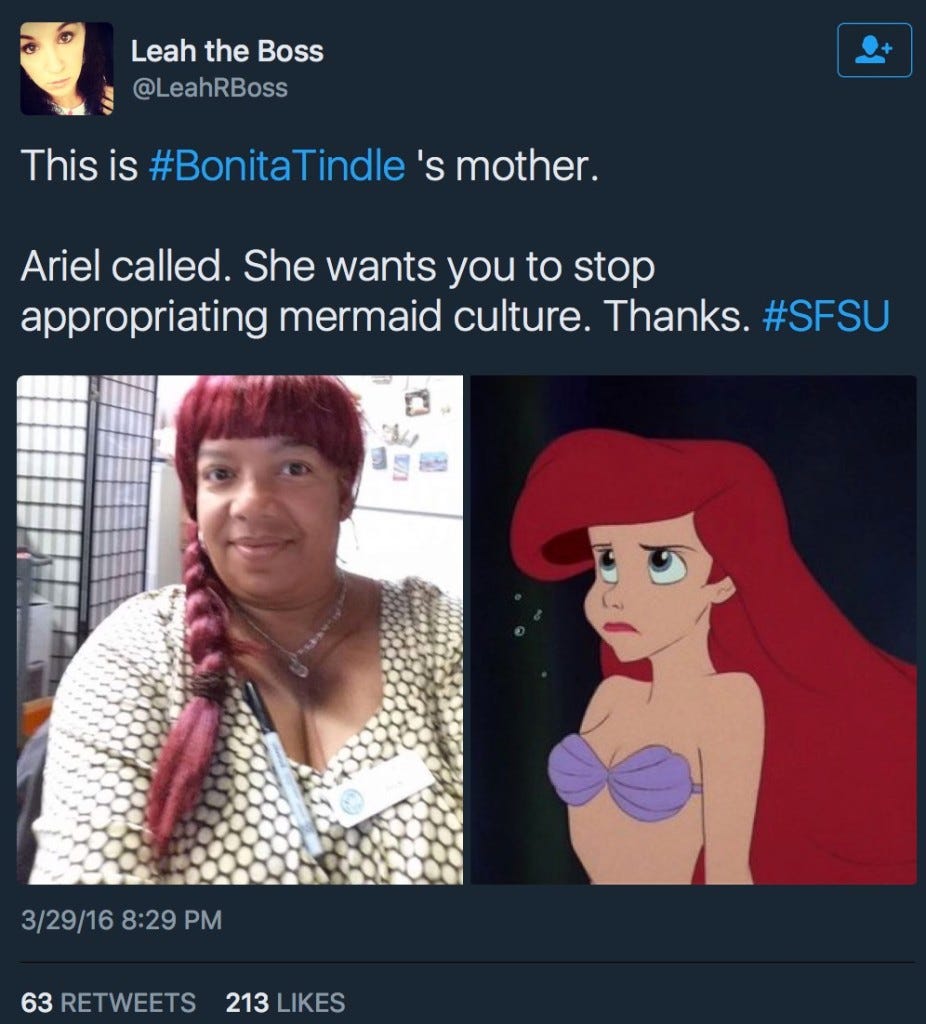 But have no fear, Bonita (such a beautiful name for such a beautiful kind-spirited gal) has her supporters too and they make some fine points that aren’t at all white Stockholm Syndrome: 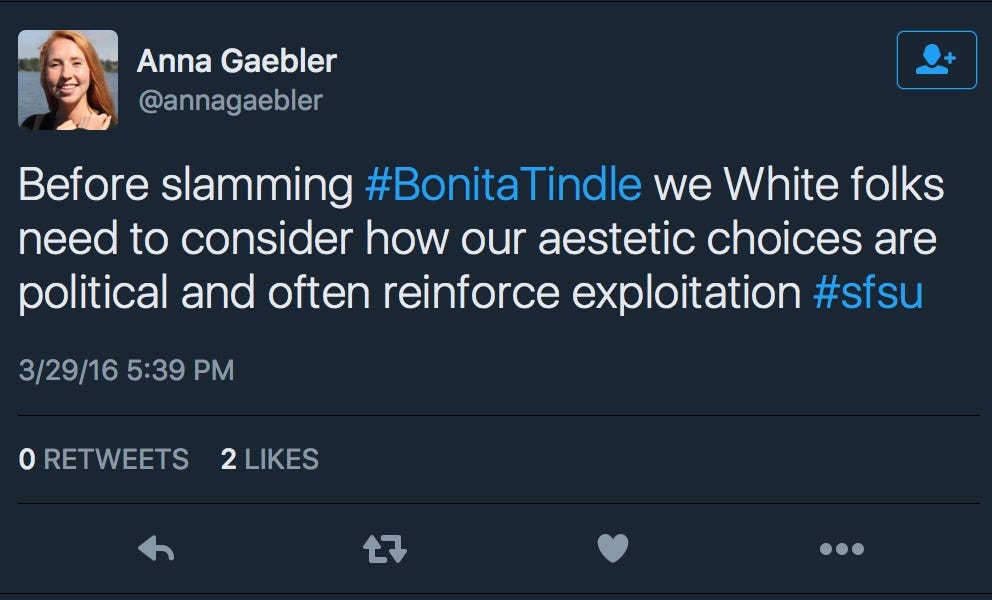 No joke, that’s about all the support for her I could find online and it’s so outlandish that it almost looks like a parody of a self-flagellating white person.

And to me, that says it all. When even the loudest voices who look for every perceived slight can’t find a way to defend Bonita Tindle, it has to serve as some sort of teachable moment for everyone involved. This Cory Goldstein kid wasn’t a danger to anyone besides fashion sense when Bonita and her friend accosted him in the hallway and threatened him with scissors (listen closely to the first second of the hallway video) just for existing in a way that didn’t sit well with them. But while it’s good that people recognize that, now’s the time to make an example of Bonita Tindle the same way the media does a guy like the Trump spokesman facing charges for touching a reporter. Equality means demanding respect for the weak little hippie kid as much as it does the easier-to-rally-behind causes like racial injustice or innocent black kids being shot. It means standing up for people’s rights to believe what they want whether it’s different from your world views or not. Tolerance isn’t a one way street and the sooner the Bonita Tindles of the world recognize that, the sooner society can have productive discussions without it boiling down to nothing more than using fear and intimidation to make people bend to your whims.

It’s honestly all such a fucked up situation but I thought this tweet from our own Rear Admiral sums up my thoughts best the more I look at the items around this story: