ESPN- The Los Angeles Lakers, sputtering to the end of Kobe Bryant’s farewell season with the worst record in franchise history, face a fresh crisis involving prized rookie point guard D’Angelo Russell, according to team sources. Sources told ESPN.com that some teammates’ trust in Russell is eroding after a video surfaced in the past week that shows Russell recording a private conversation between himself and teammate Nick Young. Young does not appear to realize he is being taped.

The video, which is believed to have come to light last week via the Twitter account of a celebrity gossip site, shows Russell filming Young while asking questions about Young being with other women. Young got engaged to Australian rapper Iggy Azalea last summer. While it’s unclear how the video became public, sources say the resulting tension in the Lakers’ locker room in recent days was among the factors that contributed to L.A.’s limp showing in Salt Lake City on Monday night, when they absorbed a 48-point pounding from the Utah Jazz. The loss was the Lakers’ worst in franchise history.

Various Lakers officials are aware of the issue and are dismayed with Russell, sources say, but to this point they have chosen not to intervene. “Right now,” one source said, “they’re handling it by isolating him.” Austin Brown, Russell’s agent from Creative Artists Agency, declined to comment when reached Tuesday. Said one team insider: “This was a prank gone wrong and a mistake by [Russell], and he has to be held accountable, but I would hope he isn’t overly criticized for it.” The emergence of the video, sources said, has been the talk of the locker room for the past several days and has led to a tangible strain between Russell and some teammates.

At a recent breakfast meeting, one source said, no Laker would sit with Russell at his table. The source added that, in another instance, Russell came into the locker room and sat next to guard Lou Williams, who got up and walked away. “It’s bad,” one team source told ESPN.com’s Ramona Shelburne. “It’s about as bad as it can get. There were trust issues already. Now there’s no trust.”

In the video, Russell asks Young at one point, “You was 30 and she was 19?” referencing Young’s age and the age of another woman that Young said that he met in a nightclub. “What about Amber Rose?” Russell later says, mentioning another celebrity. “No, she knows my girl,” Young is recorded as saying. Later in the conversation, while apparently still recording, Russell is heard telling Young, “I’m glad you told my video all that.” “Huh?” Young says, turning his face toward Russell before the video cuts off.

Siiiiiick prank, D! See, I told you guys. I have been saying for years that you can never trust a lefty point guard. There is just something off about them. They gum up the entire game by handling the ball so much as a lefty. I said that before Derek Fisher cuckolded Matt Barnes and before D’Angelo Russell pulled this scumbag move. Excuse me, prank. Because nothing says “gotcha” like putting up a video of someone admitting that he cheated on his wife. Russell probably hoped that Swaggy P admitted to hooking up an underage girl or something. Then it would have been an extra sweet prank. If you are ever taking a video and it incriminates any of your friends in any way, the proper response is to delete the video, then delete it from Recently Deleted folder and then throw your phone into the nearest ocean. That’s just how friendships work.

And out of all the guys on the Lakers, how does D’Angelo do this to Swaggy P? He is the official clown of the NBA. I mean people continue to call him Swaggy P without batting an eyelash. It’s ridiculous. These two Swaggy P images have likely brought more joy to the world than Snitching Ass D’s entire playing career will. 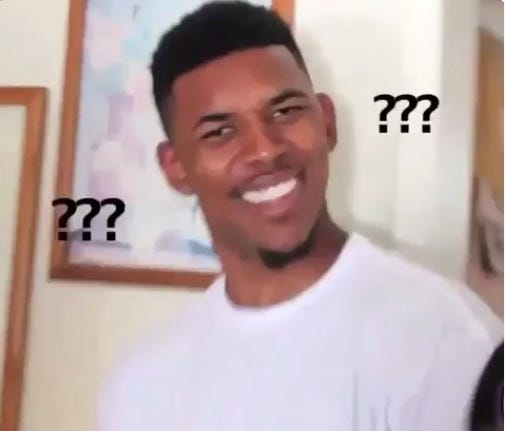 However, I will say that everybody refusing to sit with D’Angelo is a firm but fair punishment. A kid sitting alone at the lunch table is the ultimate “Nobody likes him” move. Basically the meanest prank you can do to somebody outside of murder, rape, or trying to ruin a marriage.

At least Swaggy had fun with it after the whole Kyrie cheating situation went down.

And respect to Iggy for playing the “I’m not mad about the video but Swaggy has really been sleeping on the couch and better ask Kobe where he got that pink diamond” role.