This is sneaky one of the most unintentionally hilarious things the WWE has done. Having your dark, mysterious, anti-authority, anti-society, “eater of the worlds” cult show up to the New York Stock Exchange and ring the opening bell is about as backwards as it gets. RIP Kayfabe. They sent the Wyatts, in character, to ring the opening bell of the stock exchange, a thing their characters would have zero clue existed. I hope they stumbled around like “what is this place!?” the entire time. If they sent them in character, I hope they stayed in character.

On the real though, it seems like WWE has no idea how to separate reality from the TV at all at this point. And they put it all over their social media pages so you’re a kid and still buy into the characters 100% like we used to do as kids, you can’t even avoid seeing things like this. I can’t imagine as a kid watching wrestling if I saw the characters outside of their WWE world. It would have killed the product for me. Like, can you imagine the Undertaker rubbing elbows on Wall Street? Get the fuck out of here. Times have changed now, but the Wyatts showing up at the NYSE is so opposite of the characters and personas they are supposed to represent.

At the same time, the Wyatts have pretty much lost all their scary-character credibility because of the way they lose every single feud anyway. Maybe this is a gimmick change for them? They go from the satanic cult to actual villains- Wall Street bankers. Heyoooooo. 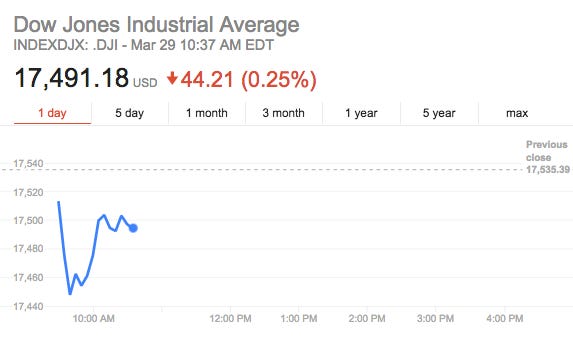