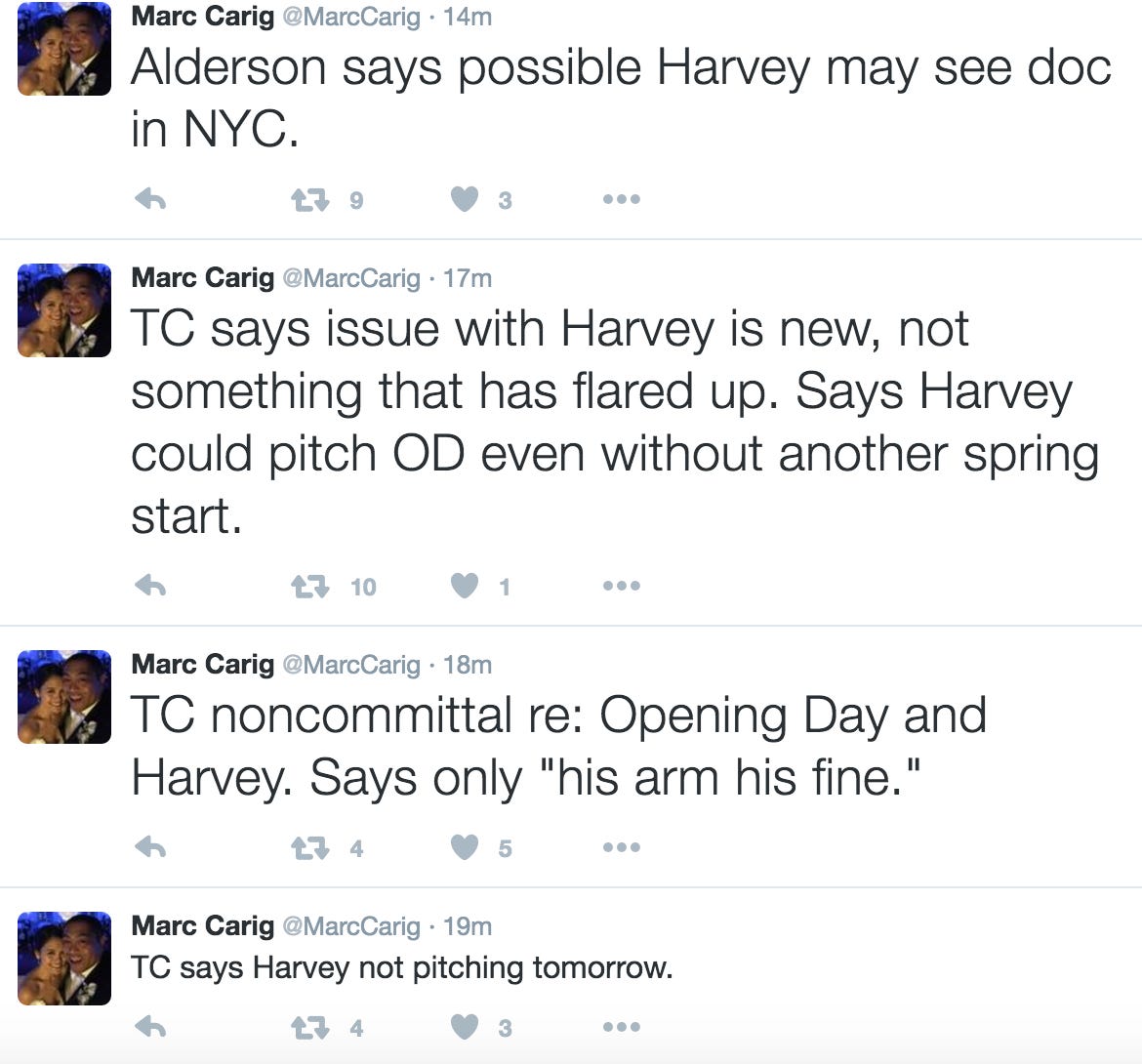 Hardball Talk - Matt Harvey did not travel with the team to Jupiter, Florida today because he had a “non-orthopedic doctor’s appointment.” The Mets did not say what it was about, but now they are saying that he is being shut down for the spring. What’s more, when asked about how this impacts his season opening start against the Royals on Sunday, Mets manager Terry Collins, when asked about Harvey said “it’s hard to say about Opening Day.” This is all kind of weird, especially given the unusual lack of details regarding a player’s health. But we presume there will be updates in due time. In the meantime, here’s hoping it’s not serious.

Really weird circumstances surrounding Harvey now. A non-orthopedic doctor appointment this morning, which I thought was a good thing. The last thing you want to hear is that Harvey is having elbow trouble again…or is it? Because the only thing scarier than that would be if Harvey was suffering from a non baseball illness thats much worse than just some elbow ligaments. Its always concerning when details are limited and the team isnt saying much. Leads everyone to think the worst. Especially Mets fans. Lets hope that nothing is seriously wrong with the guy, and that all we’re really worried about is baseball games.

But, in the realm of baseball, here we fucking go. So it begins. Things were seeming too good to be true with this team, and specifically with this pitching staff. And so I feel like all of Mets nation was just waiting for the other shoe to drop. I’m hoping its just another Ike Davis Valley Fever fiasco like a couple years back. Something that everyone will say “lolmets” about but hopefully isnt anything significant. Lupus? Is it lupus? Is it some sort of ailment that makes him kinda fat? Is that why he’s had that dad bod gut for a while? Who knows. All I know is its probably something that jeopardizes his entire season and probably career because when the Mets downplay something it usually means its a catastrophe. When things are finally set in place and a World Series run is actually a possibility, we gotta throw mysterious diseases into the mix.

Ts and Ps to Matt Harvey and Sandy. We need everyone to get healthy ASAP. Good luck fellas.