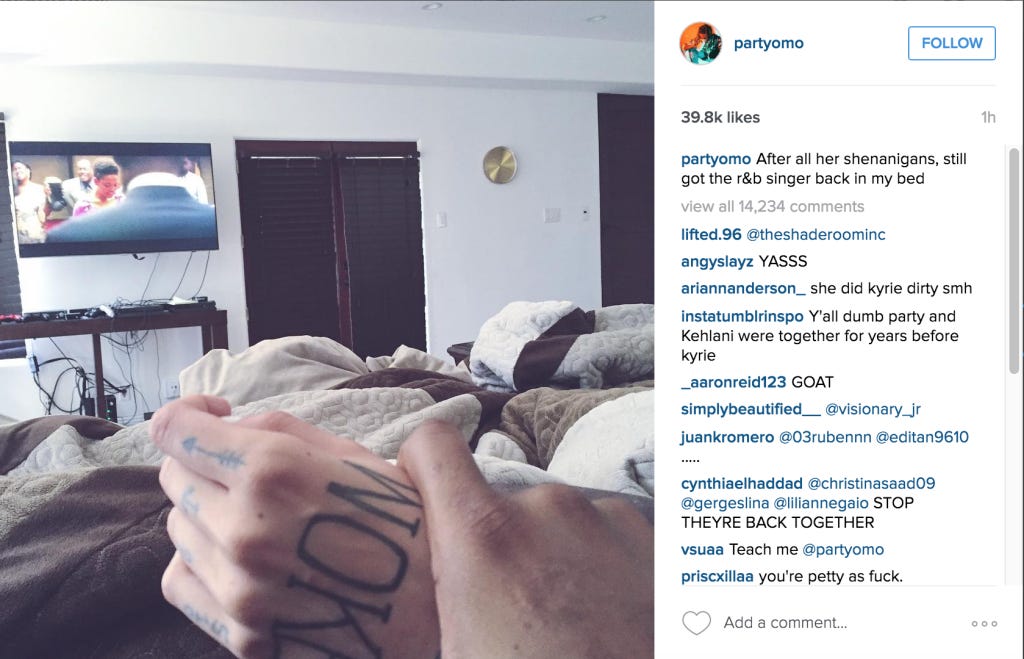 And a quick refresher of who Kyrie’s girlfriend is: 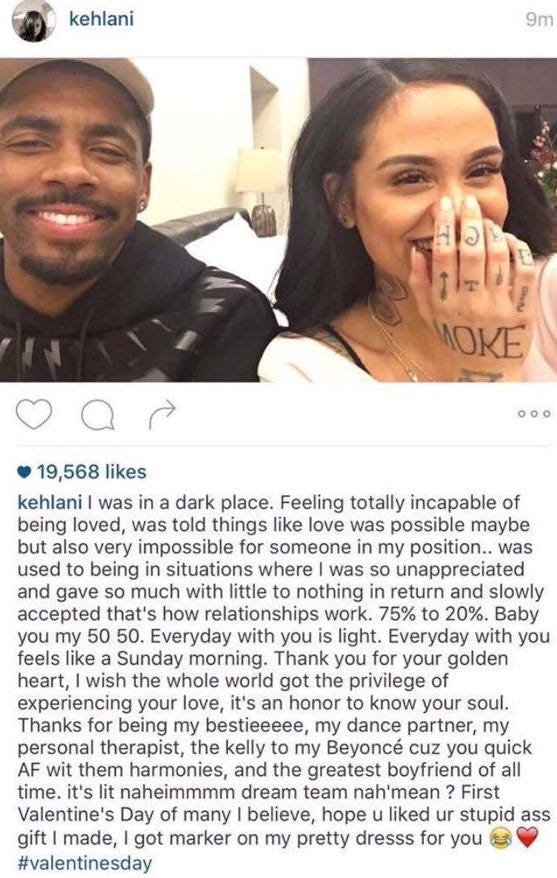 Okay guys, now I’m gonna be honest here. I do not know who Kyrie Irving’s girlfriend is and I most certainly do not know anything about Party Next Door. Just part of getting old and not having my white suburban ear to the streets like I did in the late 90s and early 2000s. But what I do know is that if you post a picture with a guy’s current or recently ex-girlfriend and call her time with him “shenanigans”, there has to be a duel afterwards because somebody’s got to go. Slap him with a glove and it’s on.

And does anyone have a rawer deal than Kyrie Irving does right now? Just trying to live the dream of an NBA player and he has LeBron acting like a teenage girl on Twitter every other day and now a rapper acting like Derek Fisher on Instagram. Oh yeah, and Twitter (in particular #BlackTwitter) is en fuego right now, with enough crying emojis and Crying Jordan memes that you can see it from the moon. 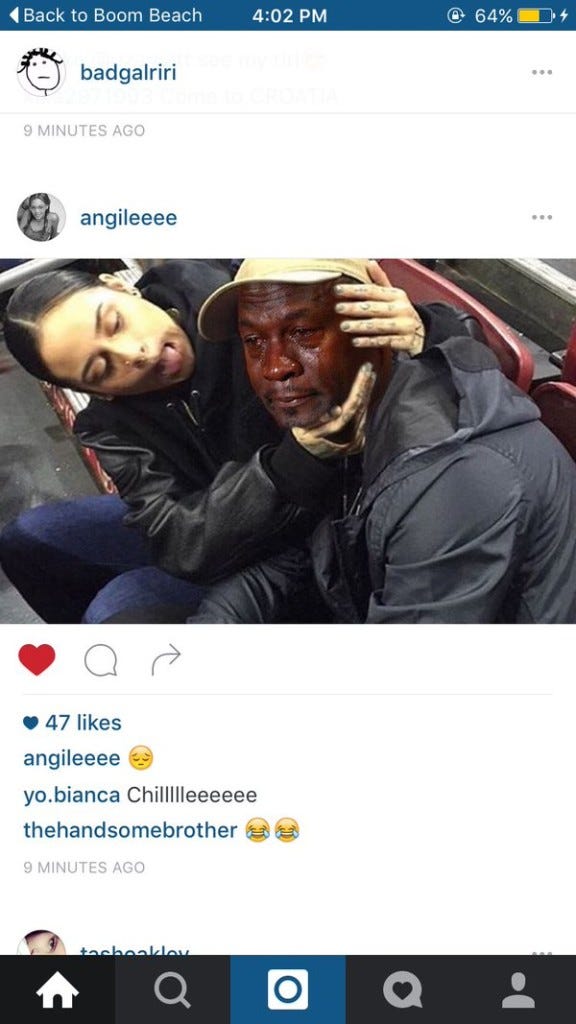 The best would have been Kyrie’s girl trying to pass off that it wasn’t her hand in the picture. Deny, deny, deny. That’s what Meester Yohnnie Cochran would say. And you know what? I bet he could get her off.

Update: Of course Kyrie replied with the perfect response. Just kidding, I have no clue what this means. Is he in the Illuminati? Is she? I know it’s definitely not “Talk to the hand because the face doesn’t want to hear it”, right? I think that’s dead by now. Yeah, that’s definitely dead by now. 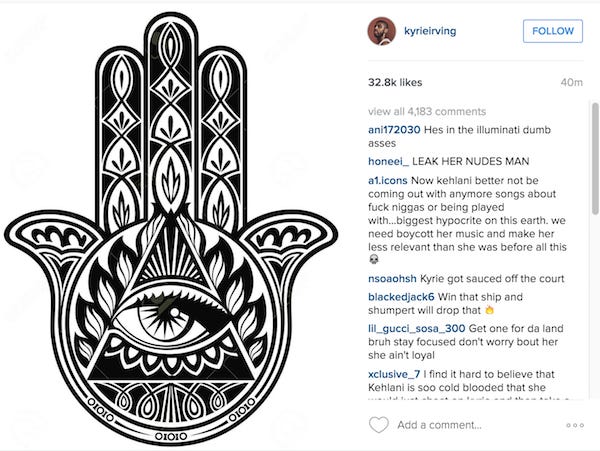 At least he’s having fun with it though.