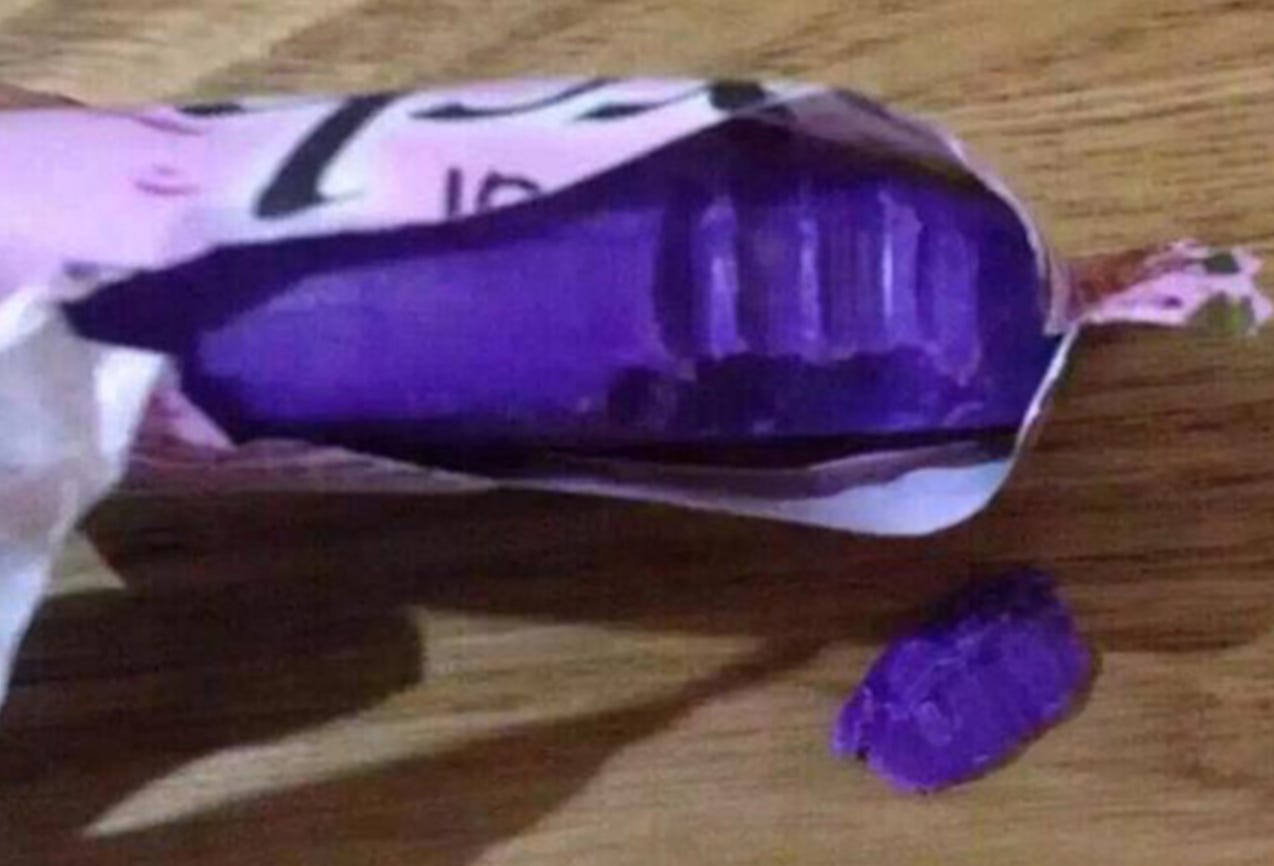 Mashable- If you’re running a marathon, it’s important to carbo-load before the race. Afterwards, it’s important to not eat soap, as was done by many participants in the Qingyuan marathon in south China’s Guangdong province. The grape scented soaps were included in the post-race gift basket handed out to the marathon’s finishers. Since the packaging was in English, many saw the grapes on the packaging and just assumed, “Alright, food!” An event coordinator promptly admitted to Yangtse Evening Post, “The packs of soap were indeed like food packaging. It was a negligent mistake on our part”.

Classic. A bunch of Chinese marathon runners chomping on soap that they thought was some sort of grape granola bar. NOPE. That’s soap, you guys. You know what part of the story they didn’t include but I guarantee happened? The part where the marathon runners didn’t bat an eye that they were straight up eating soap. Somebody told them, “Oh yeah. This is the good stuff. This is the stuff you need to reload and recharge after a run” and the runners took it at face value. That’s what fitness freaks do. Do you think in the back of their mind the runners were like, “Hey this kinda tastes like soap”? Absolutely! They knew! But they didn’t want to say anything and embarrass themselves in front of their fitness weirdo friends. It’s like a code of silence where no one will admit that healthy stuff tastes like absolute shit. If it tasted good everybody would be skinny. I swear, you could do a viral video where you convince health weirdos to eat human shit. Put the human shit on a platter, say it’s protein, say it recharges your electrolytes and health nuts will eat it up and not complain. Somebody do this but don’t sue me when the fitness freaks sue you.