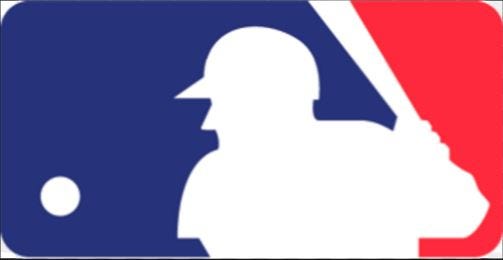 Its a lot easier to find over-valued players in the top 100 than it is to find clearly undervalued guys. All the players on this list are obviously great players but they’re just ranked above even better guys. These comments will be related to head-to-head points leagues but many will apply to all league formats. These are the rankings that I use. The number in () is the player’s current average draft position. If you disagree about my choices and want to let me know, be sure to tell me on twitter. Follow @SAlaskaBarstool 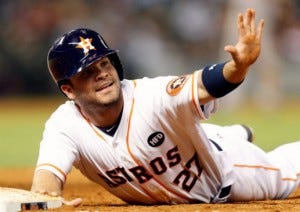 Jose Altuve, Houston’s star 2nd baseman brings speed, runs, and batting average to the table. He will also cost you your first round pick – he is actually going 6th overall, ahead of Giancarlo Stanton (8), Nolan Arenado (9), Manny Machado (11), and more. Every top batter should project for about 95-100 runs so Altuve’s ability to cross the plate really isn’t anything special. Altuve knocks a lot of hits but his inability to take more than 35 or so walks in a season will keep his OBP down (Roto leagues typically don’t factor in walks but walks do carry weight in Head to Head Points leagues). Finally, Altuve is quick – if you want steals in the first couple rounds, you look to Altuve (or Miami 2B Dee Gordon (16), also not a pick I’d recommend) but speed is a pretty plentiful and cheap commodity throughout the draft so you really shouldn’t focus on nabbing a speedster 1st (and in H2H points, you don’t really need a base-stealing specialist at all). As for the 5’5 Venezuelan’s power, he hit 15 homers last year but I’ll eat my Andray Blatche jersey if Altuve manages to hit even a dozen this year. Excluding last season, the 2B never hit more than 7 and the 165 pounder probably won’t ever hit more than 10 again. There are just too many stars still available for anyone to dream of taking Altuve as early as he is going. 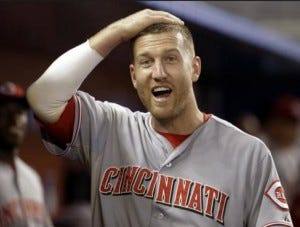 2015 was a tale of two halves for the Chicago White Sox’ new 3rd baseman, Todd Frazier (28). Frazier hit .284 with 25 HRs in the first half of the season and parlayed that into an appearance in the home run derby at the Great American Ballpark, his former team’s (the Reds) home field. From the All-Star game on though, Frazier was bad and I don’t think people realize just how bad he was. His 25 homers shrank into 10 2nd half dingers and his triple slash of .220/.274/.390 looks more like pitcher Madison Bumgarner’s than that of an All Star 3rd baseman. One of the major culprits of Frazier’s struggles is that he started hitting the ball the opposite way much more frequently and he has never been a good opposite-way hitter. Frazier’s .186 average on balls hit in that direction was exposed and he just couldn’t recover. Toss in the fact that Great American Ballpark is more friendly to hitters than his new homefield, US Cellular, and owners who draft Todd Frazier 28th overall may be in for a major disappointment. There are plenty of great 3rd baseman and if you don’t draft one of the top 3 (Donaldson (5), Arenado (9), or Machado (11)), I’d recommend holding off for a while. 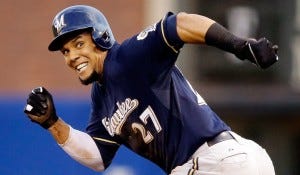 Carlos Gomez OF, another Astros player ranks 37th and I really don’t understand why. Gomez played injured for a lot of 2015 but that doesn’t exclude him from the fact that he homered 12 times, stole 17 bags, and hit just .255/.312 in 115 games. Gomez’s power dip may be due to his injuries but his average’s fall can be explained almost entirely by a lower batting average on balls in play. Gomez’s groundball rate also spiked last year to a rate that is much closer to his 2007-2011 statistics (when he was a very bad failed prospect). Drafting Gomez is betting on a bounce-back to 20 homers, 30 steals, and a .285 average and, while that upside is somewhat tantalizing, it just doesn’t seem realistic. If you want safe, stay away from Gomez at all costs (and draft Yoenis Cespedes (41) or Justin Upton (49) here instead) and if you prefer upside, take his teammate George Springer (39) and his legitimate 30-30 potential or Carlos Gonzalez (53) who will no-doubt sustain an injury but hit 40 bombs just last season and still plays in Colorado. 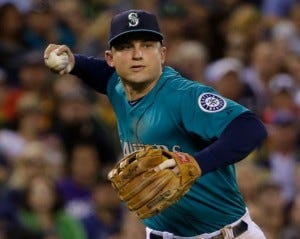 Kyle Seager (47) is another 3rd baseman who is just going way earlier than he should be. Seager is going to get you your 25 homers and your .270/.330/.450 triple slash but when he is being picked between players like Zack Greinke (46), Troy Tulowitzki (45), Carlos Gonzalez (53), Jose Fernandez (56), or Carlos Carrasco (58), you should really take my previous advice and snag one of the top 3Bs or wait it out and take one of the lower-tier sluggers. There isn’t much wrong with Seager but there isn’t anything inspiring either. 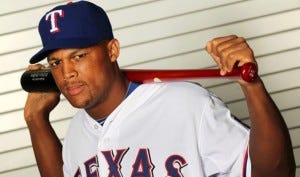 Both these guys seem to have had pretty similar season, I’d probably say Player A had the better year but if you vouch for player B, I wouldn’t hold it against you. What we should be able to agree on is that these players should not have more than 100 players between them in the overall rankings – but they do. Player B is Texas Rangers veteran Adrian Beltre and player A guards the Kansas City Royals’ hot corner (Mike Moustakas). Beltre is the 64th player off the board while Moustakas tends to remain available until pick 171. Moose is a 27 year old 2nd overall pick who is just entering his prime while Beltre will be 37 in April. Of course Beltre brings consistency but is that consistency worth 107 spots in the draft? Even if you don’t want Moose, 3Bs Maikal Franco (102), Evan Longoria (115), and Brett Lawrie (155) are all capable 3B who are available much later on in your fantasy draft. I promise this is the last 3B on my list.

All relief pitchers in the top 100. There are a lot this year: Kenley Jansen (52), Wade Davis (60), Craig Kimbrel (61), Cody Allen (80), Trevor Rosenthal (81), Ken Giles (83), Aroldis Chapman (96), and Mark Melancon (98) – these relievers really act as little bonuses for any keen drafter -why? because you know that you’ll instantly have an advantage over teams that draft them. In roto leagues, saves can be pretty valuable but that’s not to say you need to waste a top 100 pick on ‘ace’ relievers when you could take players like Felix Hernandez (67), Albert Pujols (75), Brandon Belt (90) or Jonathan Lucroy (99) instead. In points leagues, paying for saves is even more stupid since the actual statistic does little for you in the grand scheme of things. ‘Don’t pay for saves’ is such a commonly repeated mantra because it is true – and don’t be afraid to end up with a handful of non-closers in your H2H points league because, chances are, some of those arms will be closing by May.

This is just part 1 of the overvalued players in the top 100 list so be on the look-out for the 2nd half coming out soon. If you have anything to say regarding these lists, fantasy baseball, regular baseball, or the Nationals, be sure to follow me on twitter. Follow @SAlaskaBarstool