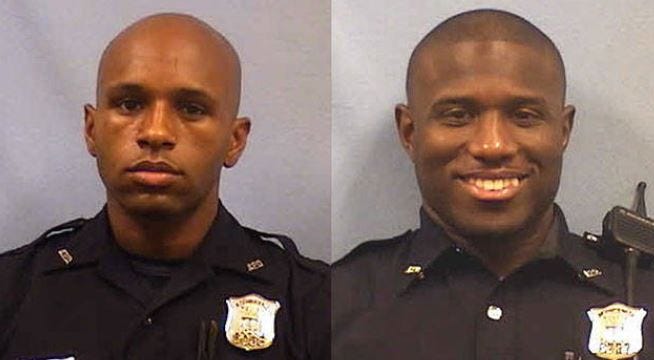 ATLANTA (CBS46) - An officer with the Atlanta Police Department has been placed on administrative leave and another has resigned following a fight at a restaurant over which officer would be faster in a foot race. The incident took place on March 18 at around 5 a.m. at the R. Thomas Restaurant on the 1800 block of Peachtree Street in Atlanta. The officers, identified as Stephen Green and Joseph Tyer, met with other members of the High Intensity Traffic Team when they began to dispute which officer was the faster runner. Tyer allegedly became upset and told Green that he was going to “punch him in the face.” The dispute carried outside and a physical fight ensued. Other officers broke up the fight. It was also alleged that Tyer had pulled a gun out but no shots were fired. Officer Green was placed on administrative leave while Tyer resigned his position.

Classic Seinfeld story.  Like there is literally no dispute that is easier and quicker to solve than who is faster.  Just take it to the streets and figure it out. The only explanation is that whatever guy chose not to run knew he was slower. That would piss me off too. Either put up or shut up.