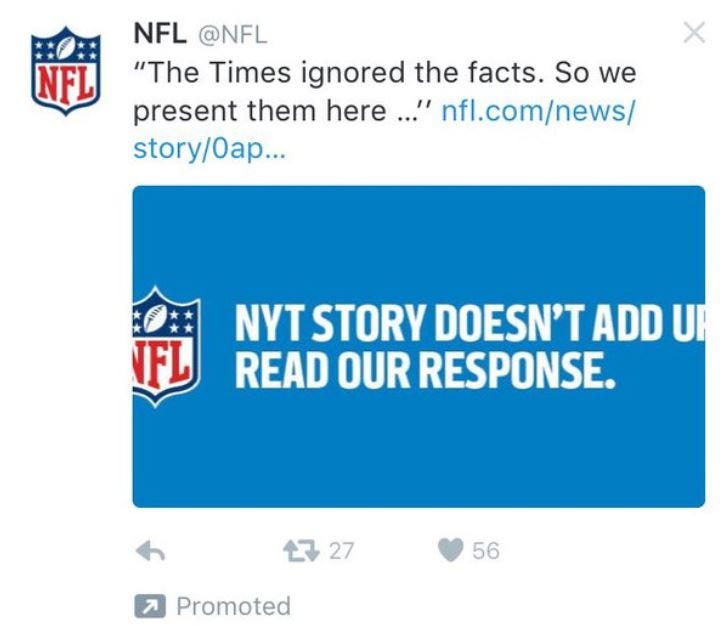 I already blogged this story this afternoon.  I blogged it before the NFL released TheNYTimesInContext.com.   But I blogged it perfectly.  The irony is almost too much to even comprehend.  The fact that Goodell is even bothering with this PR stunt and buying promoted tweets shows just how out of touch with reality he actually is.  There is literally no organization on earth with less credibility than the NFL.  The fact they think people will believe them over the NY Times is absurd.  They lied with Bountygate.  They lied with Richie Incognito. They lied with Ray Rice.  They lied with Deflategate.  They lied about concussions. They lie about everything. They’ll spit in your face and tell you it’s raining. NOBODY trusts Roger Goodell or any of the owners.  So why even bother with this shit?  It’s a slap in the face for them to even pretend to care what the general public thinks when we know they don’t give two shits.