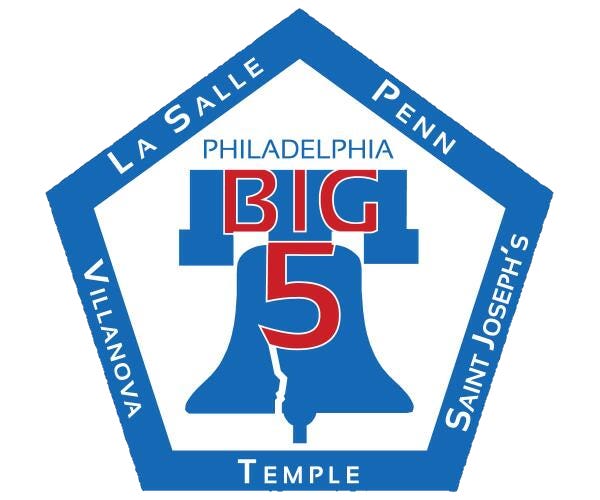 Far be it for me to insert myself in college athletic politics among actual rivalries. I went to a D-III school in Bumbledick, PA that’s changing their name from the Crusaders to the River Otter’s, for Christ sake. So maybe I am overstepping my boundaries here with even questioning this kind of heresy.

I’m fairly neutral when it comes to the Big 5 squads (+ Drexel when they’re decent that one time every 25 years). I mean, I have somewhat connections to most of the schools. I grew up avoiding Steve Lappas’ chompers at his basketball camps on Nova’s campus. Pepe Sanchez once came to my middle school and was treated like the Argentinian God he once was. The amount of times I’ve been blacked out at The Blarney Stone is borderline unconstitutional. I once took a shot to simply “Tits” with Tim Legler. I am genuinely afraid of Delonte West showing back up in Philly and either blowing something up or banging everyone’s mothers. Possibly both. But you see, I think I’m allowed to be Switzerland when it comes to every team in Philadelphia and root for whoever is still left in the dance. Now, is it acceptable for say, a lifelong St. Joe’s fan to swallow their Hawk pride and suck it up for the Cats? I honestly have no idea.

I can see how it’s tougher for, say, a Temple diehard to root for Nova than vice versa. Why? It’s obvious. A lot of Villanova fans come off as they’re better than everyone else. It’s not necessarily their fault, it’s just the way it is. A lot of Villanova people are Main Line smugtwats who will flaunt their elitism from an Ivory Tower until escaping in an Audi when their #1 ranked team shits themselves in the 2nd round. But shouldn’t there be a little bit of commodore amongst enemies, especially in a town like Philly where usually the only gift we get from above is a Golden Showering? I certainly think so. A few years ago it was LaSalle and their Southwest Philly Floaters. Way back when it was Temple before John Chaney would send in the goon or threaten to kill a coach before not making the Final Four. The St. Joe’s (almost) undefeated season with Jameer. Even Penn gets a little Cinderella in them once a decade or so. Everyone in this town should ban together and at least respect whoever has a chance to take down the dance. Let the big cat dance!

Also, our fellow Stoolie John Clark did a decent piece on asking players how to spell Ryan Arcidiacono’s full name. These guys are college educated, baby. Or so one would’ve thought.