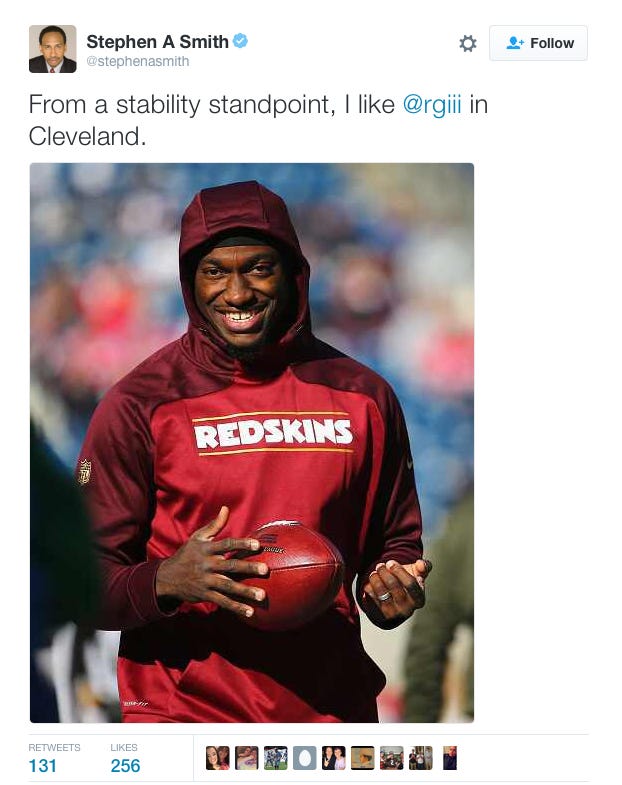 I actually feel bad for Cleveland fans. RGIII could turn out to be ok but this is basically a signing that says “hey, let’s all make as many Browns jokes as possible”. Not saying I won’t also be making Browns jokes, just saying I understand how a day like today probably sucks a lot. Basically my reaction any time I open the internet after a Cutler interception.