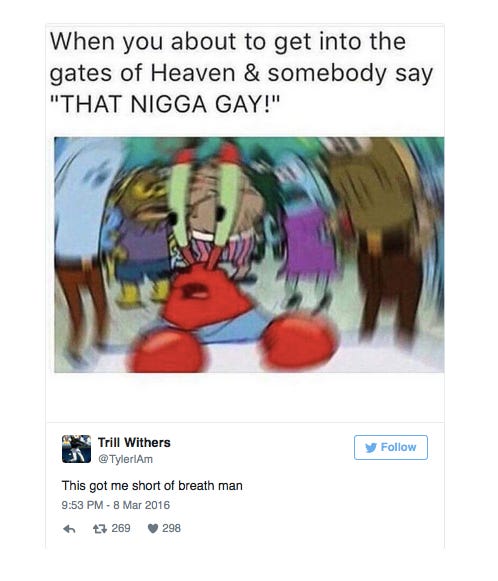 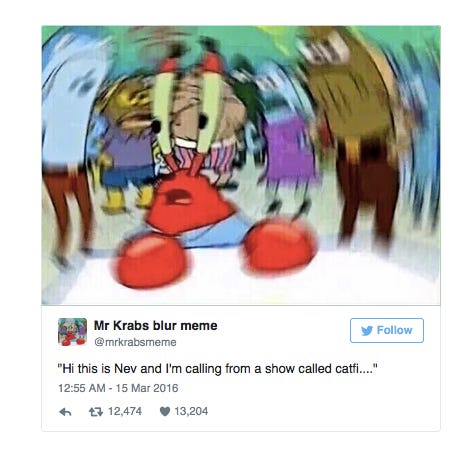 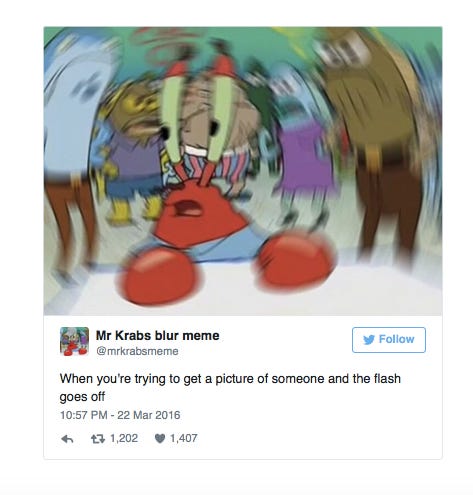 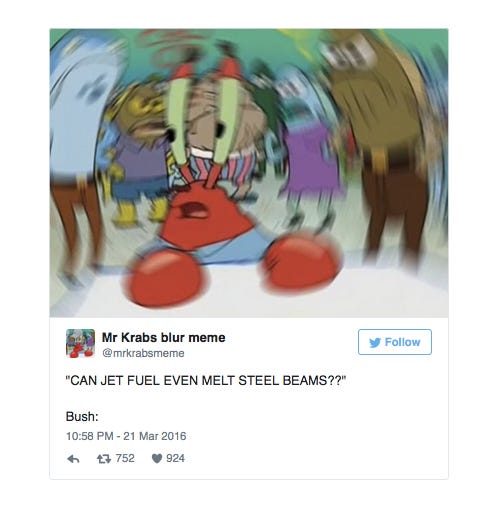 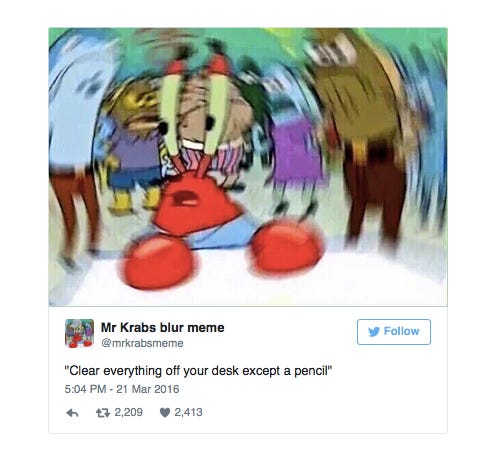 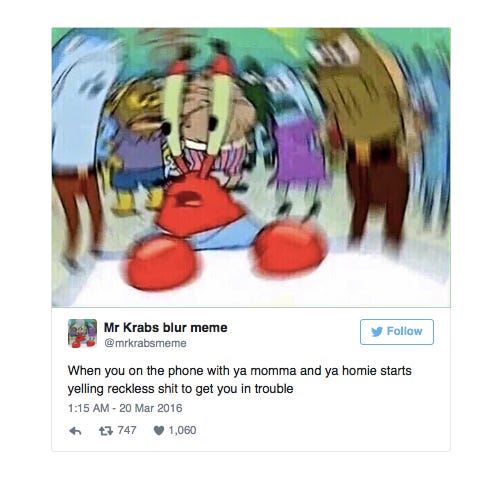 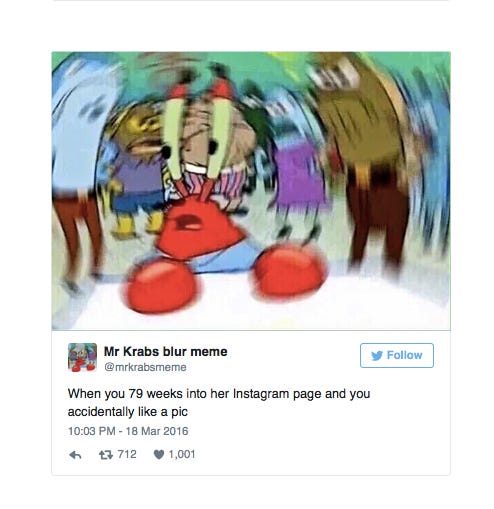 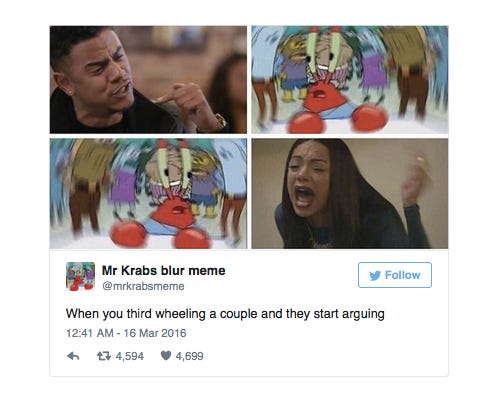 I’m not going to go all Washington Post one everyone and declare the MJ meme dead, or anything like that. It isn’t, and it still serves as a very important piece of American culture in 2016. That dude who makes cool shoes and cries on the internet will live in infamy forever, and our children will never know of him for any reason aside from those two. But from a laugh out loud funny standpoint, nothing gets me like these Mr. Krab memes. I’ve seen them popping up a whole lot over the last, like, two weeks and I swear I laugh every time. Like any meme, you can’t explain it, but something about the whirlwind blur on Mr. Krab fucking slays me. Never has a picture summed up the Tim the Tool Man Taylor “Whaaaaaaa” feeling like that does. It’s flawless.

From a larger standpoint, I still understand the MJ meme craze, it’s an important part of the world we live in now. But nothing makes me laugh like the Mr. Krab meme. Nothing. That first “about to get into heaven and hear someone yell he’s gay” tweet has had me laughing for days straight and I don’t see it stopping anytime soon.