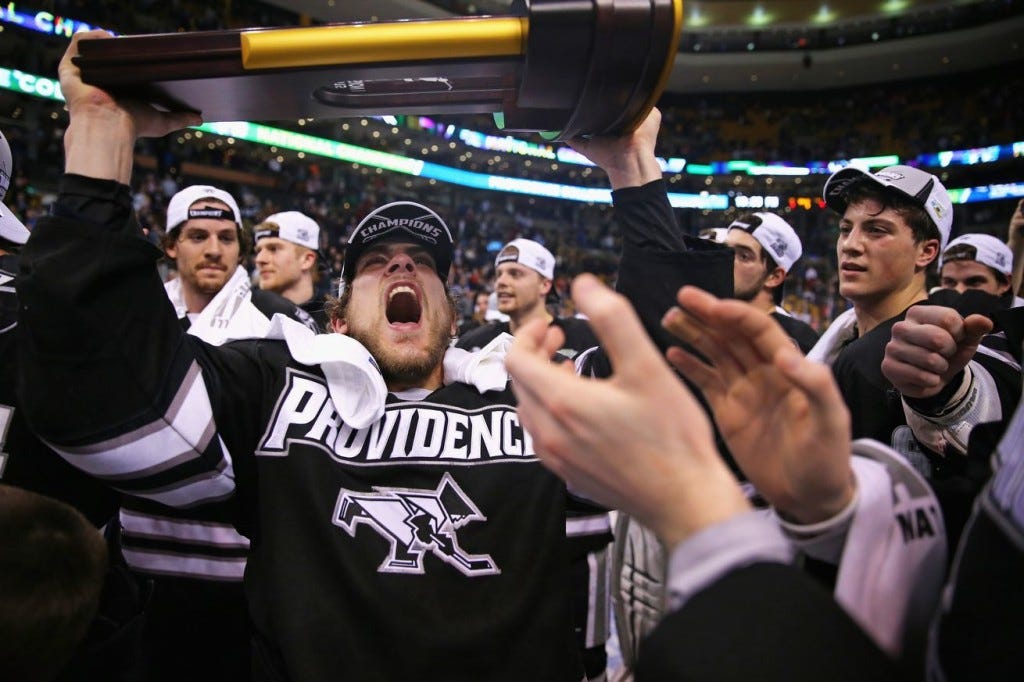 The 2016 NCAA Hockey tournament kicks off this weekend and if you’re anything like me, you don’t have an actual team to root for. There’s no college hockey in Philadelphia and even though Penn State is quickly becoming one of the better programs in the nation, I’m in need of a bandwagon to jump on at least for this year’s tourney. So, as a man of the people, I figured I’ll share my journey as I try to hitch a ride with one of these bandwagons with the rest of you in case you’re in the same predicament as well. Before we get started, here’s a look at how the tournament shaped up this year. 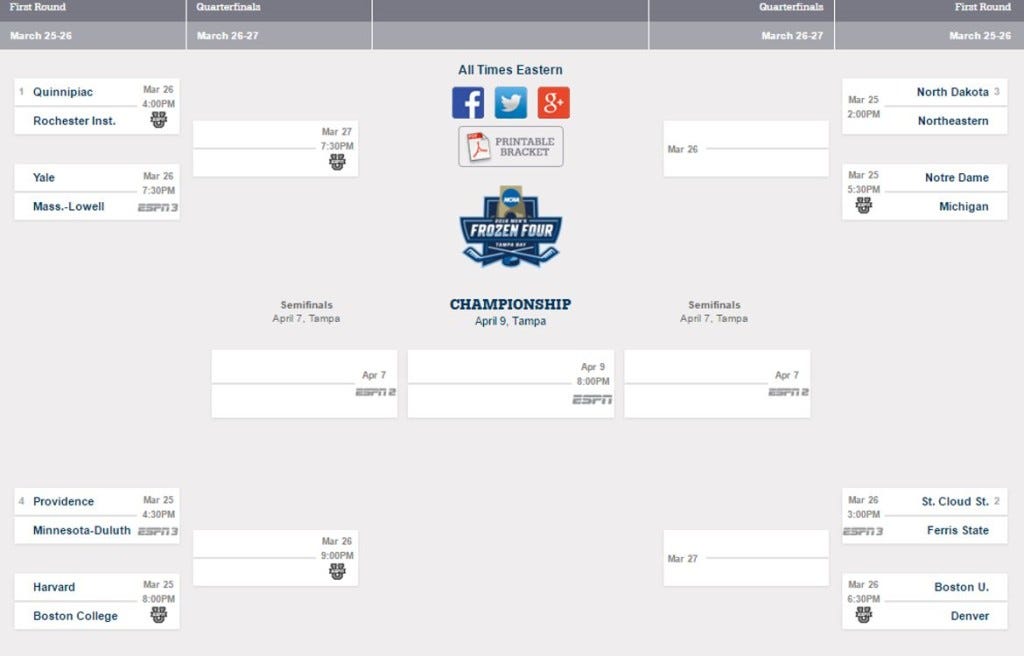 Now here’s the thing. I’m not going to pretend like I follow college hockey religiously. I check it out whenever I get the chance but I’m in no way, shape or form an expert on this year’s tournament. So if it sounds like I’m an idiot talking about it, well that’s because I am. But from what I’ve seen through watching games whenever I have the chance to get around to them is that the North Dakota Fighting Hawks or Fighting Sioux or Big Dick North Dakotans are the most entertaining team to watch this season. Here’s a quick refresher for those of you who forget.

If you like highlights and you like them in bunches, well then North Dakota is the team for you. Because their top line of Drake Caggiula (Free Agent), Brock Boeser (Vancouver) and Nick Schmaltz (Chicago) have a combined 137 points this season. And the majority of those points have come off of goals like this

This is a team that is going to be incredibly fun to watch over the next couple of weeks as long as they keep winning. The only problem with North Dakota is that despite constantly being one of the best teams in the nation year after year, they haven’t been able to finish their season with a win since 2000. They’ve been to the Frozen Four 8 times since then, but always come up a little short. Could this be the year that they turn the corner again? I’m going to go ahead and say that they’ll at least make it to their 3rd National Championship game since 2000 this season and maybe a new head coach and this “CBS” line is exactly what they need to be champions again. No hard feelings, Hak. 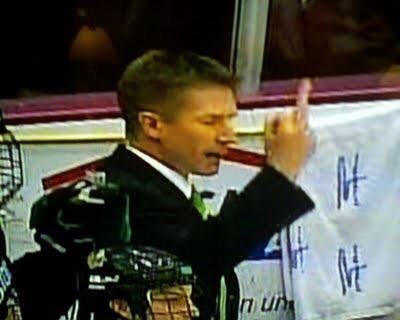 Quinnipiac has been the best team in college hockey all season. They have just 3 regulation losses on the year and come into the tournament as the #1 ranked team in the nation. The Bobcats reached their 1st National Championship in 2013 but fell to Yale 4-0. Since then, they’ve been in the tournament every year. That’s 4 straight years of being one of the best teams in the country and this could be the year that they make it back to that final game. A Quinnipiac vs North Dakota game isn’t just great for me, it isn’t just great for you, it isn’t just great for hockey, but it’s great for America. Quinnipiac is a team that relies heavily on upperclassmen who have no NHL affiliation. They’re a true college hockey team and most importantly, we have a Barstool tie in. Our boy Brosh is not only a student at Quinnipiac, but he also covers the hockey team as a member of their play-by-play broadcast team. So if you want another champion in the Barstool Network, then the Quinnipaic Bobcats are the team for you.

The only reason why I’m mentioning Providence here is because they have a chance to become the first team to win back-to-back championships in 11 years. Personally, I wouldn’t want to root for that but I figured I’d at least give some of you that option. And now I know what you’re thinking. “Hey Jordie, you’re only picking the 1-seeds you asshole. Anybody can write a blog about how the 1-seeds have the best chance of winning a National Championship”. And to that, all I have to say is no shit. I’m not trying to be a genius here, I’m just trying to be right. I don’t want to tell you guys to hop on a bandwagon only to have that team lose their first game either Saturday or Sunday. But if you do want a non-1-seed to root for in this tournament, well then I think you have to go with the Pios.

Denver has won 7 national championships. They’ve been to the Frozen Four 9 times. In case you need me to break down those numbers for you, it means that they know how to win and they win a lot. Actually think about that for a second here. 7 out of the 9 times that they’ve been one of the last four teams in the country, they’ve came away with some hardware. That’s crazy. And this is  Denver team that has gotten hot at the perfect time. They were sucking some serious nuts in the beginning of the season. We’re talking a Pam Anderson amount of nut suckage. But they’ve been arguably the best team in the nation in this 2nd half of the season and have only lost maybe twice since Christmas. If there’s a team on that side of the bracket that can beat North Dakota, it’s the Pios.

Obviously you have both Boston schools to choose from. Notre Dame is always a trendy pick. RIT is a good pick if you’re a huge fan of Tiger mascots. But if you want to have the most fun over the next two weeks, I suggest hopping on one of the four bandwagons that were just suggested to you by an idiot.

P.S. – all the game times and broadcasting information are on that bracket.