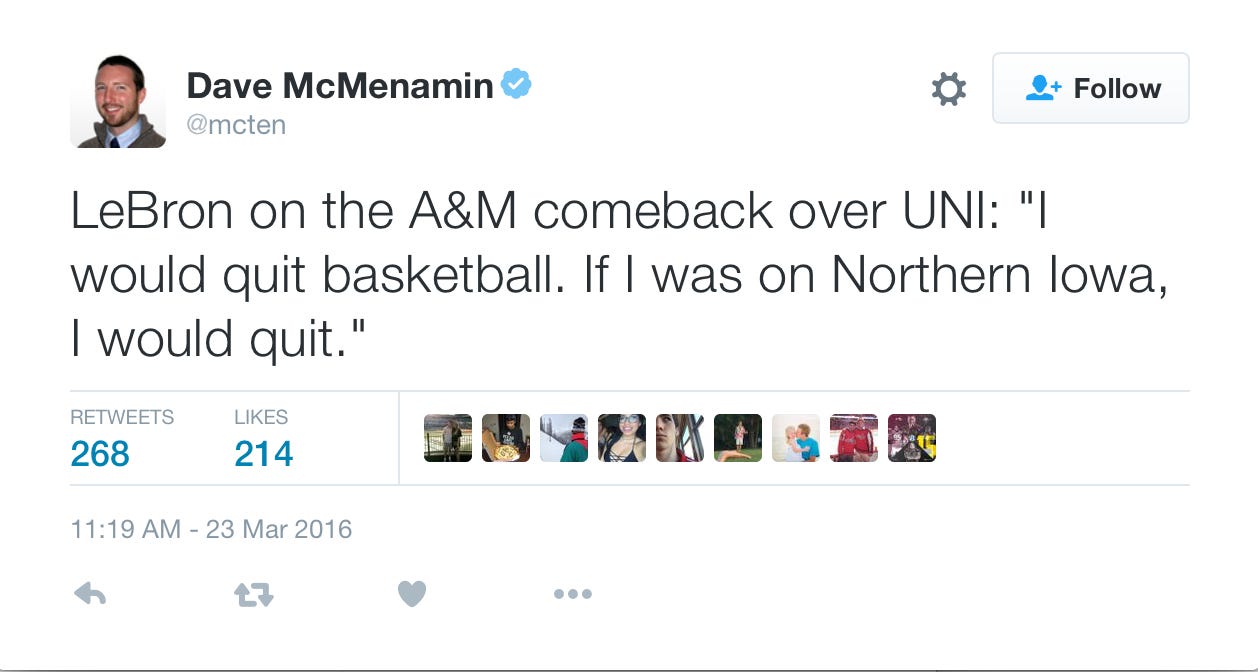 Is this the part where I take LeBron’s tongue-in-cheek words and rip him part for being a quitter and a pussy? LeBron is for sure a dick who somehow doesn’t understand social media despite being the most famous athlete in the social media era and I hate him just as much as the next guy but I’m going to assume LBJ said this with a laugh.  People will use it to write click-baiting headlines (I did it) to make it look like LeBron is a quitter just like he quit on Cleveland. Or that he was kicking these UNI kids while they’re at their lowest. He’s not, unless I see video of this quote and he’s being dead serious and is telling these kids to quit basketball forever. That would change things. And even though he may be kidding, he might also be right. How does a team or player come back from the worst collapse in NCAA Tournament history? Absolutely brutal. I might quit if I were some of those Northern Iowa basketball players. Just call it a career. Their legacy has been set. No need to fight it. Those 44 seconds will follow them until the end of time. I wouldn’t even want to look at a basketball if I were them.