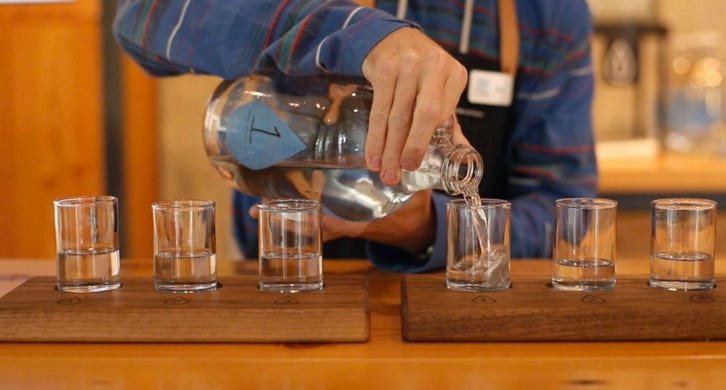 FB - You’ve probably had plenty of beer flights in your day, but how about a water flight? This Minnesota bar isn’t going to have any beers on tap, but it’s going to have plenty variations of tap water when it makes its grand opening in May. What started off as a pop-up back in 2014, the Water Bar will be serving flights of tap water from several local areas, as guests will be encouraged to distinguish the difference in taste, just like you would with a flight of craft beers. Still, sounds like a good time of drinking with friends and family without having to show the bartender your ID. 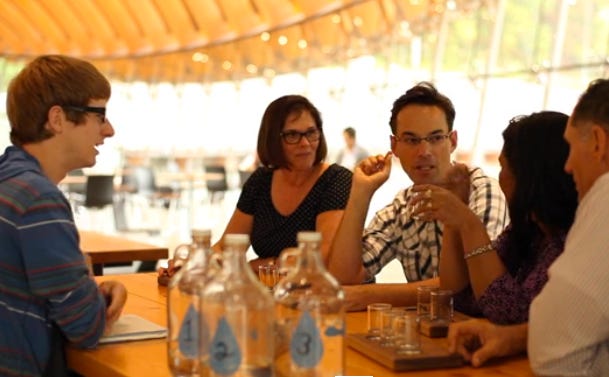 I’ve seen a lot of shit in my day. A lot of shit. Some good, some bad, but still, a lot of shit. And I try to stay positive. There’s so much negativity out there, so much hate and sadness in the world, that I try to pull myself up by the bootstraps and give people the benefit of the doubt for the most part. But this is where I draw the line. Water bars. If you go to the Water Bar and order a flight of water, I hate your guts and wish nothing but bad things for you. I know that sounds cruel, but there is nothing I dislike more than pretentious people who do things so they can tell you they did them. That’s why people would go to the Water Bar. So they can tell people at their next book club meeting that they checked out the Water Bar and just couldn’t believeeeeeee the different tastes. They want to chew your ear off about the crispness and pH levels of the water. And the things about these people, is at first it starts as an act, a way they can feel superior to those of us who go to real bars, but then it consumes their lives. Next thing they know they wake up in the morning in sweater vests drinking their vegan soy grass shake, talking about fracking to anyone who will listen but more importantly, people who won’t. There’s nothing Water Bar people like doing more than shoving their Water Bar ass opinions down your not giving a fuck throat. I have no time for people who go to the water bar. None. So hopefully they drink some unfiltered water so they can feel the plight of the African woman and slip into some malaria-infused coma. We all win.