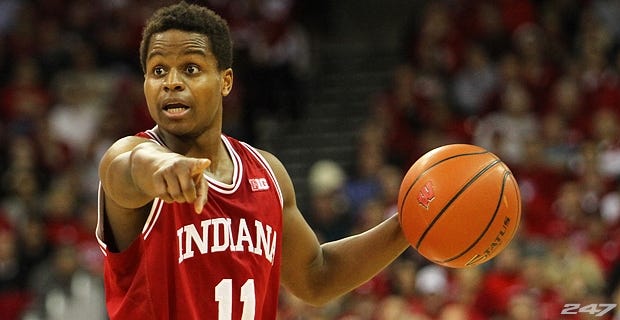 We’re almost there. It’s almost time for basketball again. We looked at rankings of teams, coaches, players and games for the Sweet 16, so today we’ll take a look at what storylines you need to keep an eye out for. This can be anything from keeping an eye out for a coach, a certain player or something to watch during the games.

It’s been talked about a ton, especially by Dan Dakich, during Indiana games. Yogi is setting school records and in the top-10 for most of the Indiana stats. He’s won two Big 10 titles, but still never made a Final Four or past the Sweet 16. How will Indiana fans remember him when looking back at the history of Indiana basketball? He’s clearly not at the Isaiah Thomas level, but with two wins over the weekend his entire legacy changes.

The answer is yes. In no way am I seeing North Carolina will fire him for not making the Final Four, but he needs this to keep the talk about him quiet. He hasn’t made a Final Four since 2009 and has seemingly underachieved with his teams as of late. Yes, I know there was the Kendall Marshall injury, but you can’t use that excuse for seven years. UNC has the second best team in the country and to not make the Final Four would be looked at as another failure for a coach that a lot of people believe has lost it as of late.

Everyone is talking about how nuts the NCAA Tournament has been this year, yet here we sit with all four No. 1 seeds alive and three No. 2 seeds. The games were crazy, but we’re still sitting fairly normal in the Sweet 16. Would it be crazy to still see all four No. 1 seeds in the Final Four?

This has been the ‘yeah, but’ argument when people talk about Gonzaga. No matter how good they look during the year and what seed they have it’s ‘yeah, but Gonzaga has never made a Final Four.’ They are in position yet again to finally get there as they get No. 10 Syracuse and then either Virginia or Iowa State, teams they match up fairly well against. If they make the Final Four what will those people have to say next?

Lon Kruger has taken four different schools to the Sweet 16, yet people think he’s not a decent coach. When I put out my rankings yesterday a lot of people were shocked how high Kruger is ranked. Well, according to Scout rankings there is only one team in the Sweet 16 without a four or five star recruit. That is Oklahoma. This is one of the best coaching jobs we’ve seen as he’s developed this team. If he takes a second school to the Final Four, people will finally have to start giving him some respect as a great coach.

One of the individual matchups to keep an eye on is Angel Rodriguez vs Ryan Arcidiacono in the Nova/Miami game. Rodriguez has scored at least 24 points in both games so far in the NCAA Tournament and Arcidiacono is one of those guys who does a little bit of everything while in his 8th year of college. If Rodriguez gets his 24 again, it’s hard to imagine Miami losing the game.

There couldn’t be two different teams playing in the Sweet 16. Iowa State wants to run and gun, trying to outscore people while Virginia wants to take all 30 seconds off the clock and get a wide open look. They make you work while they are on the defensive side of the ball and like to keep games low scoring. The key here will be if Monte Morris can speed up London Perrantes, which will dictate how this game goes.

In the East we have the JV version of Virginia/Iowa State with Notre Dame/Wisconsin. Notre Dame wants to run, plays little defense and has a top-10 point guard in the country in Demetrius Jackson. They’ll look to speed up Wisconsin while the Badgers run the swing offense. Can Wisconsin stay out of trouble and get the ball to Ethan Happ, who has turned into Wisconsin’s most important player?

There are very few people who have watched more than 3 Oregon games all year. Well, get to know the Ducks because they have a helluva top-3 in Dillon Brooks, Elgin Cook and Tyler Dorsey. We saw when they came back against St. Joe’s they each showed how they can get their own bucket and Dorsey came up big down the stretch. They get to play Duke, who plays no defense, so this game could turn into a major shootout.

You can be a great coach and get in your own way. That’s what Bill Self has done. He’s shown his ability to win the best conference in America this year by two games – and the last decade plus. He’s won a national championship and has made another title game. However, he’s also lost to VCU, Northern Iowa and a Johnny Dawkins-coached team. Kansas should get through the South region, but Self needs to not overthink things against Maryland.

Texas A&M is a good team. I don’t want to hear that they play in the SEC, therefore they can’t be good. They have two incredible players in Danuel House and Jalen Jones combined with a strong supporting cast led by Alex Caruso and Tyler Davis. We all know what happened against UNI, and we’ve seen teams come out flat the next game because of the winning hangover. Will that happen for A&M or can they take advantage of the mismatches against Oklahoma?

The most hyped game – and rightfully so – is UNC/Indiana and both have a distinct advantage. Can UNC take advantage of its frontcourt – arguably the best in the country led by Brice Johnson. On the flip side can Indiana take advantage of the depth and talent at the guard spot over Joel Berry and Marcus Paige. Yogi Ferrell will be the best guard on the court and if he can attack UNC’s defense like he did Kentucky, Indiana has a shot to win this game.

There’s no doubt Maryland is a talented team. They were preseason top-5 for a reason. They have NBA talent in Melo Trimble, Jake Layman, Diamond Stone and Robert Carter Jr. But, they are a No. 5 seed. They struggled for 30 minutes against Hawaii and Kansas ain’t Hawaii. However, if they play the way they did for the 10 minutes they ran away from Hawaii, Maryland can compete with Kansas. The pick-and-roll between Stone and Melo can cause some trouble.

I still think Ben Simmons is easily the No. 1 overall pick in the NBA Draft, but everyone is talking about Brandon Ingram closing the gap. He has a chance to showcase himself again, with everyone watching. Another good game against Oregon and the talk will be there until June. Ingram seems to have locked himself into the No. 2 spot.

We’re looking at the possibility of having rematches on both sides of the Final Four. It’s not outlandish to think Virginia, UNC, Kansas and Oklahoma advances giving us two conference games for the Final Four. Please give us Oklahoma/Kansas part 3 – we all want to see it again.

We saw the first weekend a ton of close games – I expect that trend to continue. No one is a dominant favorite with the largest spread being seven points. Get your beer and couch ready as it should be another strong weekend of games.

Podcast with Terrence Payne: Former NBC Sports and Fox Sports writer Terrence Payne sat down with me last night to talk about Jamie Dixon leaving Pitt, previewing the Sweet 16 and what the Nova win meant for the Big East. Check it out here: