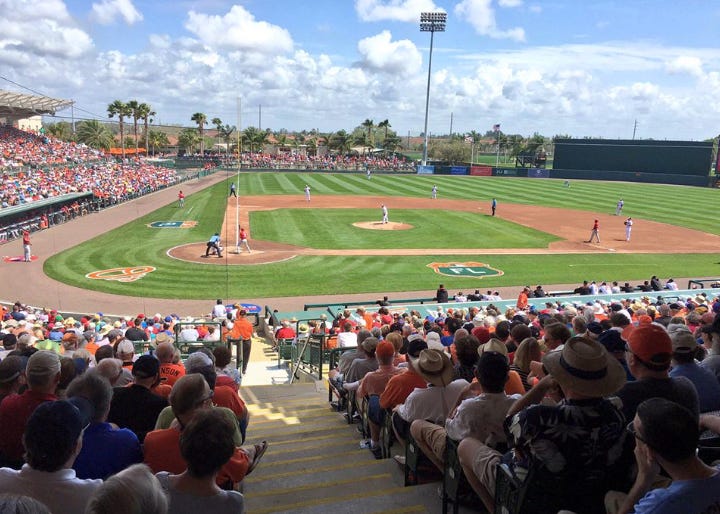 Holy shit, we’re less than 2 weeks away from me slugging beers and watching the best home run hitting team in MLB history at the best ballpark in the world. This is getting real guys, we’re almost done with the stupid Spring Training stories, and ready for actual Opening Day activities. I don’t know how many more minor league game stats or tie games I can take for the Orioles. Camp has been pretty quiet for the O’s recently, but lets look at some of story lines that have popped up. 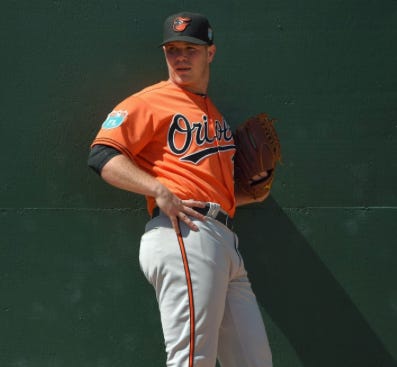 No, this is not a paragraph from 2013, Dylan Bundy has looked really, really good this Spring Training. I’m not one to latch on to Spring Training stats (See 2011 Fox, Jake), but his stats seem to show that he is fully healthy, and he is ready ready to have an impact for the team, something Oriole fans have been waiting for since he was drafted in 2011. You know about him being out of options, so he will be in an Orioles uniform come Opening Day.

Bundy has been reaching mid-90s with his fastball, and actually looks like a major league pitcher. He has impressed Buck recently after giving up a home run on the first pitch he threw this spring, and while it is stupid to believe he won’t take his bumps and bruises in the bullpen this season, I wouldn’t be shocked to see him get some spot starts around mid-June or July, or whenever Miguel Gonzalez pisses down his leg and continues his terrible run he’s been on for over a year now. His Spring Training stats don’t jump off the page at you (7 G, 1-0, 3.24 ERA, 6H, 4 R, 5K, 2 BB in 8.1 IP, .96 WHIP), but it’s all just baby steps for him. It’s a confidence builder as well for the former first round pick.

Once the season starts and Bundy has his place in the pen, he can feel comfortable coming into games and work on his stuff. If Bundy can stay healthy, I don’t think it’s crazy to think he can be a solid bullpen piece for the Birds. Right now, Bundy won’t be the ace like we all thought he would be, but if I’m a betting man, I think we see him make at least 1 start for the Birds this season, he just has to stay healthy. 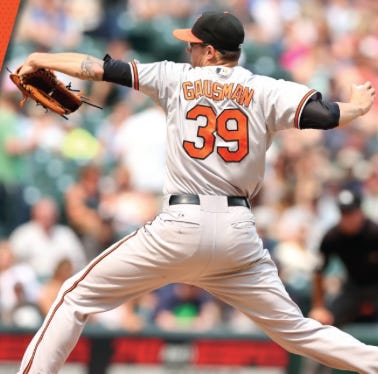 Stop me if you’ve heard this one before, “young Orioles starter injured.” I’ve been talking up Gausman all offseason, and less than 2 weeks before Opening Day, he has tendinitis in his right shoulder. Perfect.

Buck said that Gausman had a cortisone shot on Sunday, and thinks that he will be fine to start the season on the active roster. Even though I’m not a doctor or baseball manager, I wouldn’t be surprised if  they decide to take extra precaution with Gausman and he starts the year on the D.L. Can’t take any chances with him, he had this issue last year, and if the O’s are going to make a run, Señor Guasman will be one of the reasons why.

No need to push him out there and have him make a start before he’s ready, just get him healthy. Who cares if he misses a start or two in the first two weeks of the season? One thing that could help him not land on the D.L. is that the O’s won’t use their fifth starter until April 10th due to their off day after Opening Day. So they can backdate the D.L. move and not have him miss any extended time.

He is poised for a big season, added a bunch of muscle to his wiry frame, had lasik eye surgery (RIP goggles), and despite his stats, has looked pretty good to the naked eye in Spring Training. It’s got to be frustrating for Gausman to be injured at this point in the season, after being touted all offseason. Hopefully he can get over this minor injury, be ready for Opening Day and be able to give the O’s 30-33 starts this season. 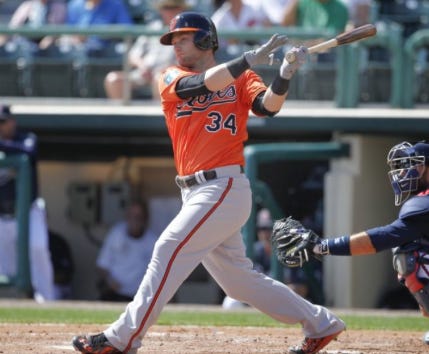 Christian Walker/Joey Rickard Battling It Out

Guys no one was talking about a month ago for $800 Alex. Both these guys have surprised a lot of people this spring training.

Christian Walker was the 2014 Orioles minor leaguer of the year, and when it looked like Chris Davis was headed out of town, it looked like he may be the O’s first baseman of the future. Well Davis blocked that move, and now it seems like his fast track to the MLB may be to play outfield. He has shown his power in Spring Training, with four of his nine hits going for home runs, he’s also knocked in 12 in 19 games. This would be a move where you take subpar defense to get a power bat in the lineup, but if he shows he can play average defense, count on him being in left or right at some time this season. It would be a surprise to everyone if he makes the Opening Day roster, it seems like he is likely to start the season in AAA and get as much playing time as he can to get accustomed to playing outfield. 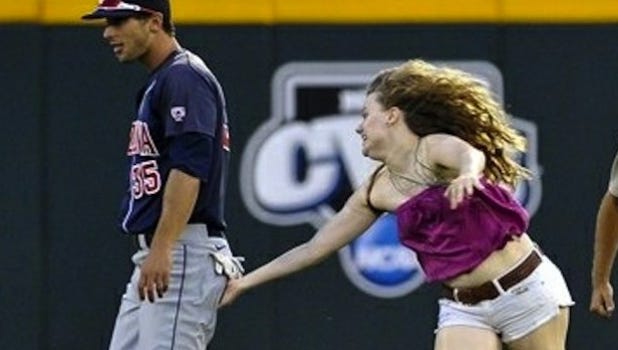 If anyone said they saw this coming from Rickard, they are flat out lying to your face. Rickard has been the Orioles best position player this year, leading the team in at-bats, hits, runs, doubles, stolen bases, batting .356, OBP of .420, and slugging .533.  Now I literally just said I don’t fall in love over spring training stats, but I think Rickard has a chance to stick around. He has shown he can do it all, get on base, steal bases, play defense, find the gaps, now it’s looking like he can get some time in left field. He also seems like a perfect candidate for a leadoff guy as well. Hyun-Soo Kim has been better of late, but I’m not so sure he or Nolan Reimold will be the starter come Opening Day. Why can’t it be Rickard that wins that left field job?

But seriously, what did the Yankees do besides add a flame throwing convict that won’t change the bullpen at all this year? They were already dominate after 7, what does adding Chapman do? Does the Sox adding David Price make Hanley a good baseball player? Does it make Pablo lose weight? The Jays are only getting older, and now everyone in the city hates Bautista, that won’t end well. And the Rays have an aging Longoria and that’s pretty much it on offense.

Explain to me where they O’s lose 12 games in the standings?

As spring training starts wrapping up, I’ll have my season preview to let you know why the O’s will be right in the thick of things in the A.L. East. Follow me on Twitter for all your Orioles news during the season