Sure I wish he didn’t giggle like a school girl the whole time, but you can’t win em all with Fallon. A person can tell a knock-knock joke on this show and he’ll slap his desk for 3 straight minutes and then doing somersaults around the stage until he can’t breath.

But when he does the Point Pleasant Police Department, that’s when he’s at his best.

Fallon was kinda a pussy the whole time though, never really went for the jugular with Gyllenhaal. Jake had no problem going full torque on Fallon though, which was nice. 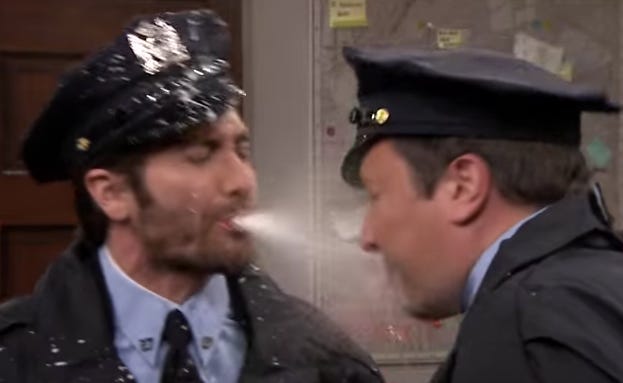 Now that I think about it, Gyllenhaal might have been a bit too into it, but serves Fallon right for being a pussy the whole time. Spit on a another man like a man, Jesus.

PS: Hader still with the best headshot of all time.