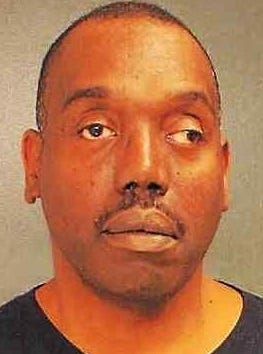 Upper Darby – A day after police broke up an underage drinking party involving several hundreds of teens at his Mary Street residence, a 54-year-old father was arrested Sunday on charges including corruption of minors and furnishing alcohol. When Abdul Ahmaddiya’s wife, 45-year-old Nichelle Davis-Ahmaddiya, arrived at police headquarters Monday to post his 10 percent of $2,500 bail, she also was arrested on similar offenses, police Superintendent Michael Chitwood said. “It was the house from hell Saturday night,” Chitwood said, with at least 100 young partygoers outside, and another 200 inside the house. “There were 300 teenagers smoking dope, drinking beer, drinking whiskey,” the superintendent said. Police responded to the house in the 3900 block of Mary Street about 10:30 p.m. Saturday, after receiving at least a dozen complaints about noise and disorderly conduct. “It was totally out of control,” Chitwood said. “When police pulled up, there were at least 100 kids outside, out front, out back. They bolted … Police go inside, and there’s at least another 200 kids … they go out the windows, out the back door.” According to Chitwood, Abdul Ahmaddiya was “drunk and nasty” when he confronted officers inside the house.

So our self-appointed Delco Corespondent Lou sent me this A+ Delconian mug today and I initially wrote it off. Why? Cause I assumed we already covered this over the summer when about 100 underage kids were arrested for disorderly conducted for boozing in Ridley Park. 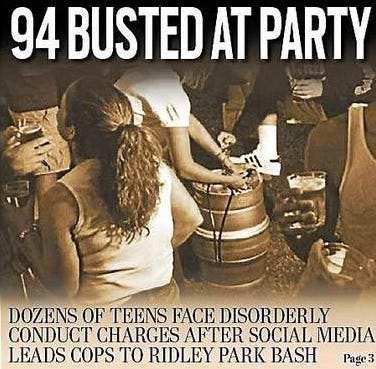 But oh how I yet again underestimated the degenerates of Delco. These are two completely separate incidents involving an army of wild and drunken youths. Seriously had to triple check because I couldn’t believe my freaking eyes. Ho freaking hum, it’s just another daily dose of Delco for ya! My main question is who the hell has private property in Upper Darby than can fit a couple dozen people inside, let alone 200 with another hundo outside? That’s unbelievable. Especially a structure owned by Beetlejuice here. But good on the 300 Delco kids for not losing their edge and having a mass exodus out of there. They could’ve went real savage and banned together like they were defending Sparta, but can’t win ‘em all. Or any. Hopefully nobody got their Jorts or Koy Detmer jersey caught up in the fence while making their escape.