Ah yes, that moment when you’re not sure if you should admit to joking about child pornography or admit to lying under oath.

In case you somehow missed it, the Hogan vs Gawker trial ended on Friday evening, with Hogan winning and winning a cool $115 million from Gawker. And now, the Internet is catching up (they should have been reading my blogs, smdh) and finding out that AJ Daulerio took it upon himself to make a joke about a 4 year old having a sex tape while under oath. And boy are they having fun with it. Word to the wise: if your company, or former company that you are defending, is being sued for 100 million dollars, don’t be a smug asshole on the stand. Maybe drop the schtick and leave the underage sex tape jokes at home. I’m no lawyer, but the second Daulerio got on the stand and was a smug asshole the whole time, this case was over. Just watch about 5 minutes of the below, it will blow your mind, and it’s awesome to see lawyers go HAM lawyering the hell out of someone:

So you either told a joke about a 4 year old having a sex tape, or you were lying, which would you like it to be? 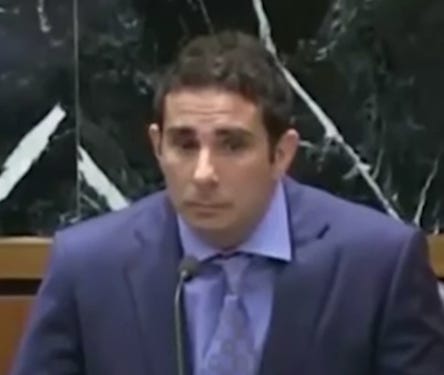 PS: If you want to read about the trial from beginning to end, all the links are at the bottom of this blog.