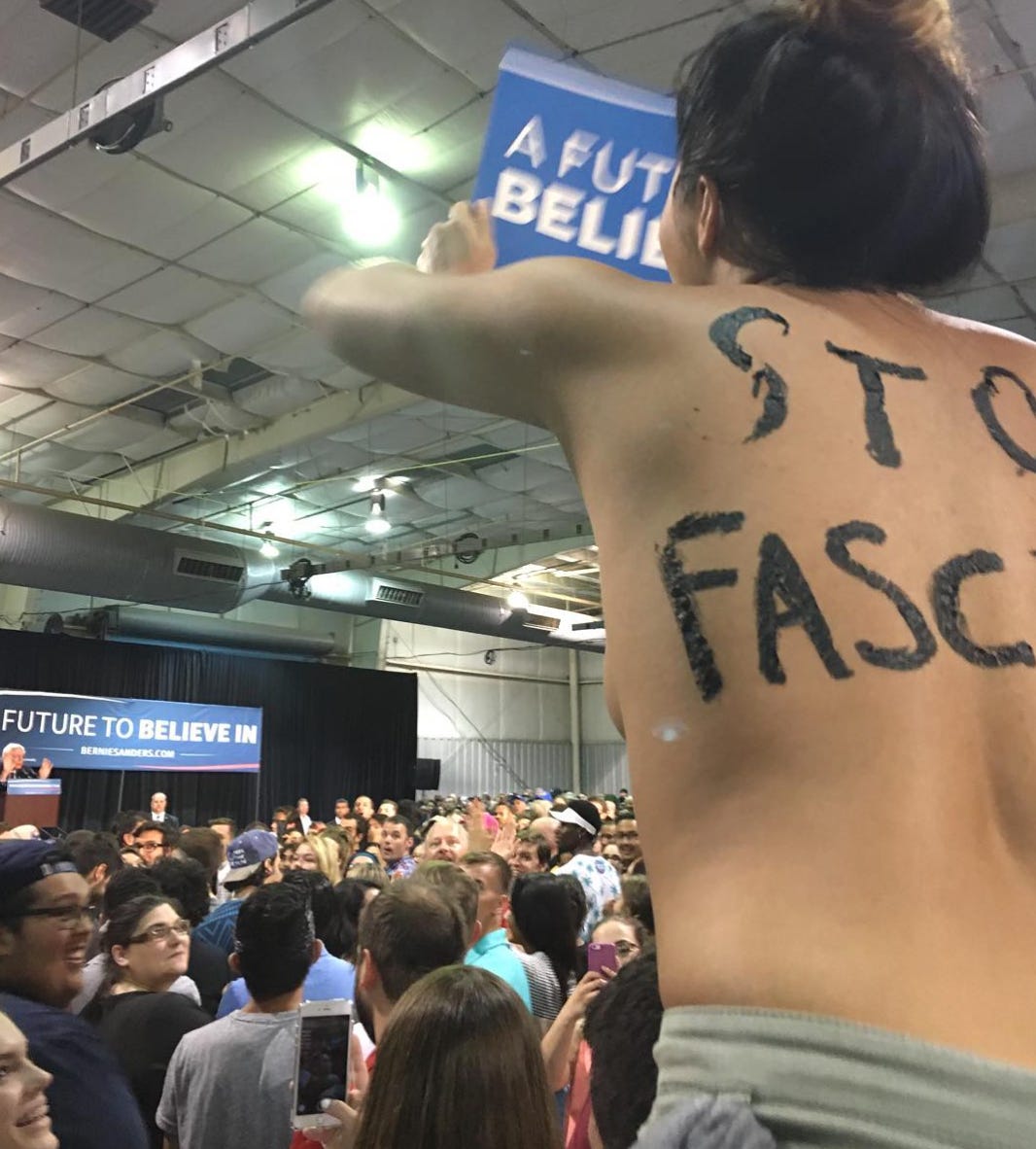 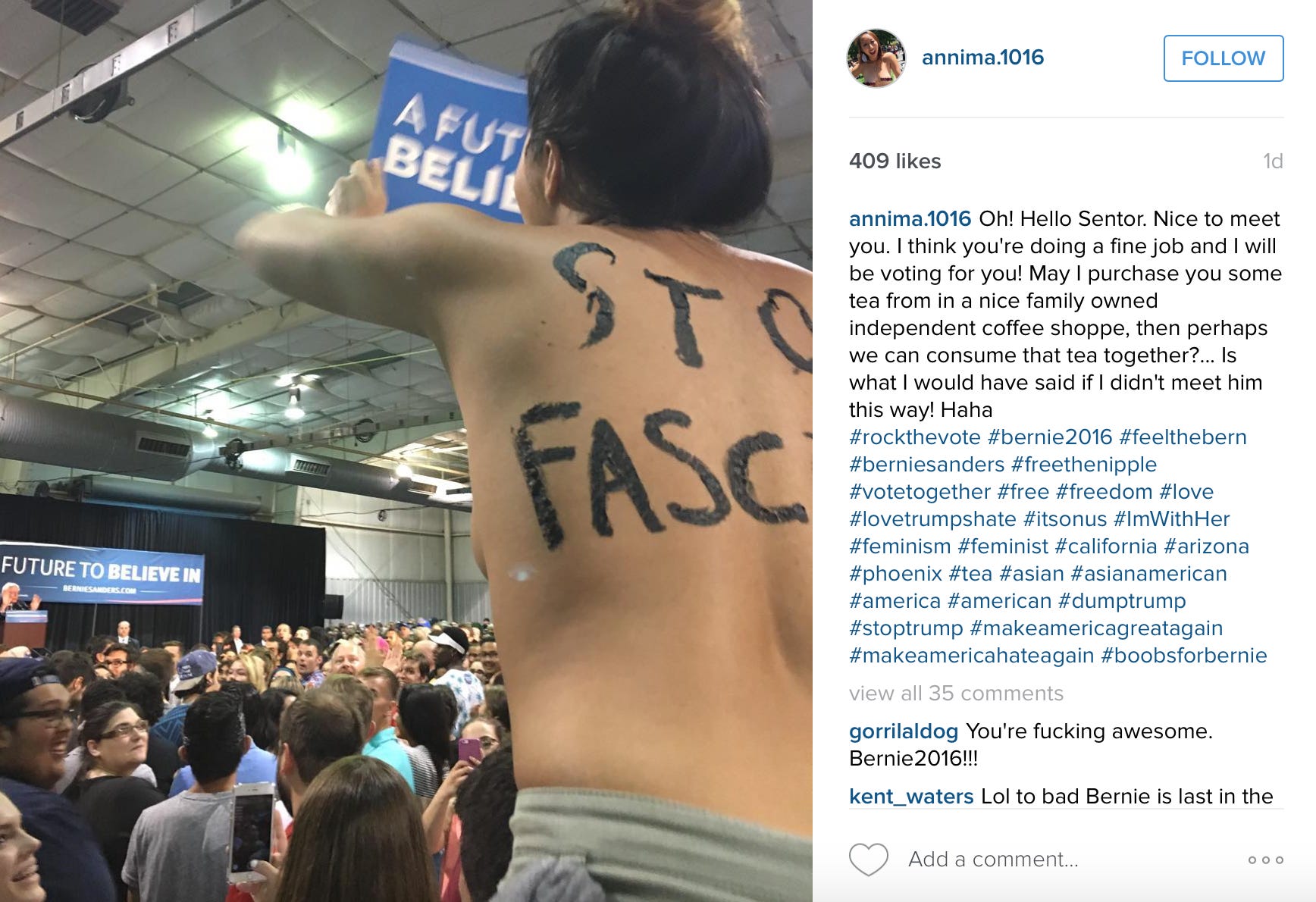 Bernie you old sailor you!  Tell me you caught Bernie hitting that chick with the, “Yeah I see you. We’re gonna get all Viagraed up later and it’s gonna be on” wave. I see you old man. This is how you protest a rally. Don’t punch people in the face. Don’t be a racist asshole. Don’t rush the stage and try to assault Donald Trump. The world doesn’t need anymore negative energy. Simply pop the top off and let those titties fly. Let’em breathe. She’s not hurting anybody. On the contrary, actually. She made everyone’s day at that rally better. Everybody loves tits. That’s just a fact. Men, women and children all love a good pair of boobs. Men like to feel them. Women like to compare them. Children literally need them to survive. Boobs are a win for everyone involved.Go back and look at that video. Did you see an angry face in the crowd? No you did not because as soon as everybody turned around to see what the commotion was their brains were like, “BOOBS! WOO HOO!” It’s human nature. Boobs > Punches every damn time.