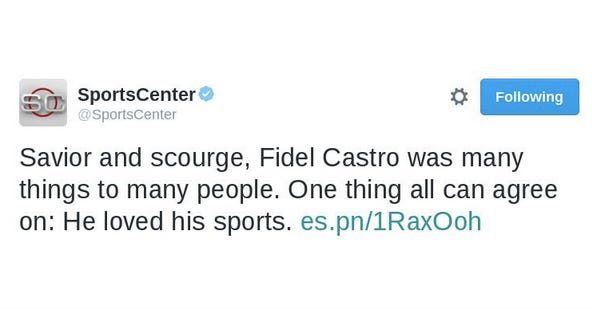 All things considered, maybe the funniest tweet of all time. They’ve since deleted it, of course, but this was one of those tweets that you right away know is going to be a disaster and leaves your jaw on the floor before you even have time to click the link. I mean, who the hell at ESPN approved this thing? It wasn’t just a tweet, it was a mini-documentary. Four minutes of ignoring political prisons, disappearing rivals, citizens choosing to die while swimming to another country rather than staying alive in Cuba, you know, stuff that’s easy to forgive as long as the guy likes to enjoy a cold beer and a hot dog at the beisbol ball game. Same reason that we think of the Olympics when we think of Hitler or Kim Jung-il’s fantastic round of golf, shooting a 34, when North Korea is discussed. A love of sports trumps anything horrible you’ve done in your life, just ask the numerous people at ESPN who had to approve this thing.

PS – This really doesn’t have anything to do with that tweet but this picture of Air Force One landing in Havana was awesome. 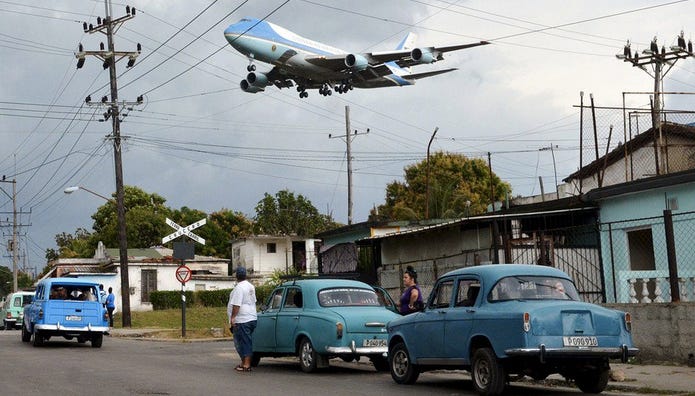