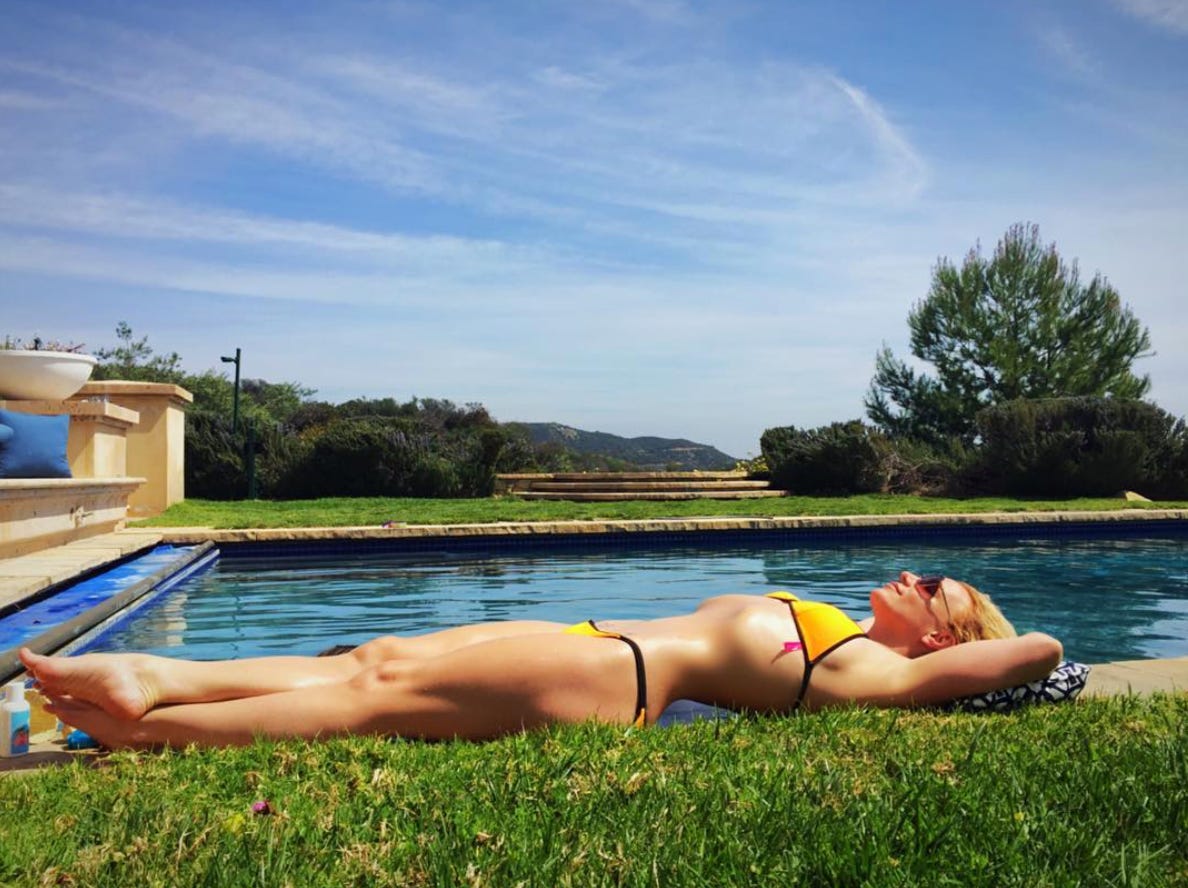 QUEEN.  You know how weirdos instantly respond to any female celebrity tweet with “QUEEN” or “YASSSSSSSSSSS QUEEN”?  If you have no idea what I’m talking about, the next time Kim Kardashian tweets anything look at the mentions below and you will immediately see 10,0000 “QUEEN” comments in the first 17 seconds.  I don’t know why it happens but it happens. Well Britney Spears is the only person who actually deserves the QUEEN label. She is my everything. She is probably your everything. We lost her for a few years there but now she’s back to being hot again. Just catching some rays and being an overall goddess. I’ve said it before but she is my #1 always and forever. And in case you’re asking, no I don’t care that it’s photoshopped. Yes, she clearly did something to make her torso look smaller. That’s just the world we live in.  Pre-streaming porn, every picture you ever jerked off to was photoshopped so it’s hard to start splitting hairs now. Everybody does it.

PS- It’s actually shocking that Britney is only 34 years old. I would’ve guessed 45. Not because she looks 45 but because she has been around foreverrrrrrrr. All those years I spent drooling over her in middle school and high school I didn’t realize she was only 7 years older than me. It’s just weird.  the older you get the smaller the gap seems to become. Do you think I have a shot with Britney? That’s what I’m asking.