Absolutely BRUTAL. Serious shout out to those three seniors for even showing up to the press conference in the first place. That’s the rawest emotions you’ll see out of any athletes. Pro athletes aren’t like that cause they know once it’s over they get to go back to their giant houses and six cars. That helps takes the sting away.  But college athletes who just had their hearts ripped out in the most gut-wrenching way possible?  There’s nothing to take that sting away. If I were them I probably would’ve been like, “Fuck this. I’m not answering any questions after that. I’m going home.” But they stuck around and members of the media stick microphones in their faces as they asked them to rehash the biggest collapse in NCAA Tournament history while the wound was still fresh. I’m still speechless about the ending of that game.

I can’t stop thinking about this graphic from last night. Totally and completely insane. 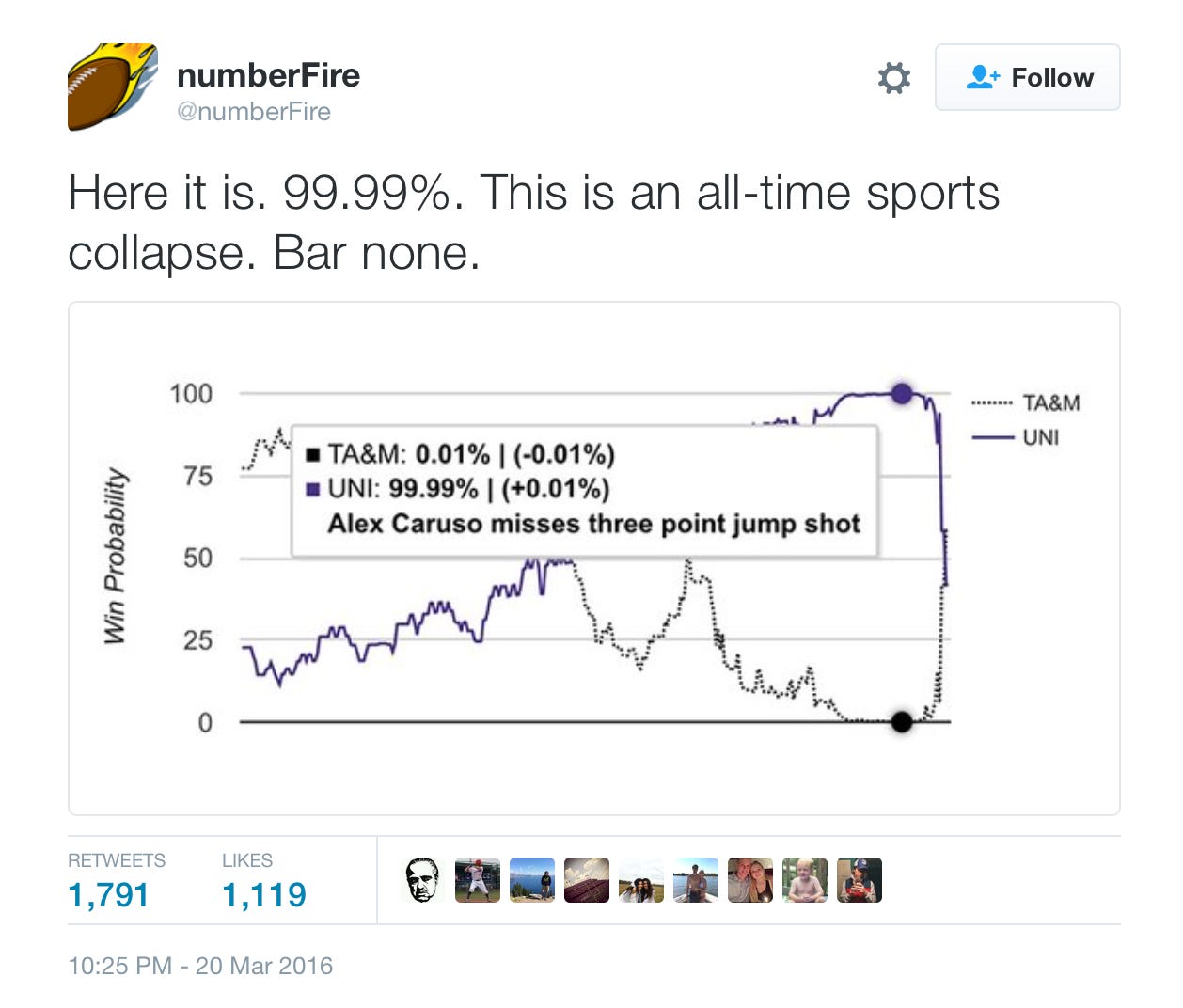