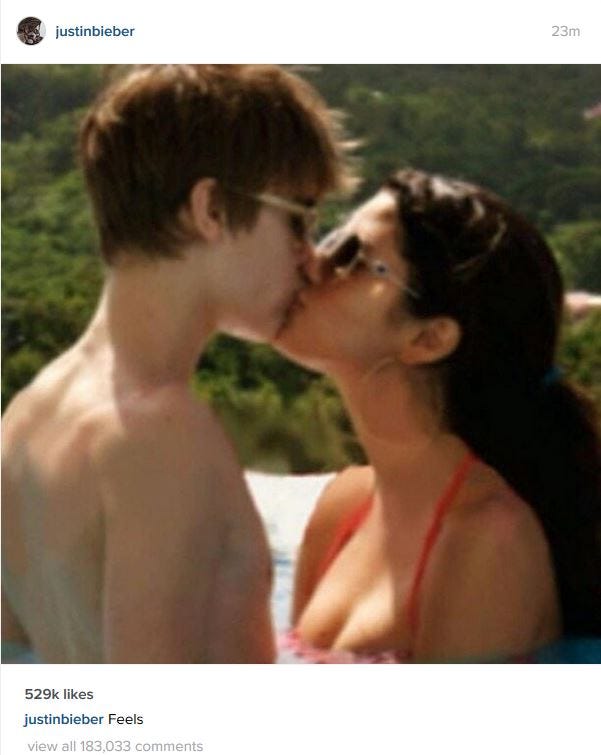 Stop the damn match!  (Jim Ross voice)   Listen nobody is a bigger Beiber fan than me but this was just unneeded.  This isn’t like kicking somebody when they are down.  It’s not even like kicking somebody when they are dead.  It’s like digging somebody up from the grave after they are already buried just to kick them again.  Just so ruthless.  I mean Selena has 2 options right now.  Just show up at Beiber’s compound with your head down and beg to get stuffed or move to some deserted island where there is no electricity or internet and become a hermit.   Clearly rehab didn’t work and clearly Bieber is never gonna let her pussy go.  I actually feel bad for her.