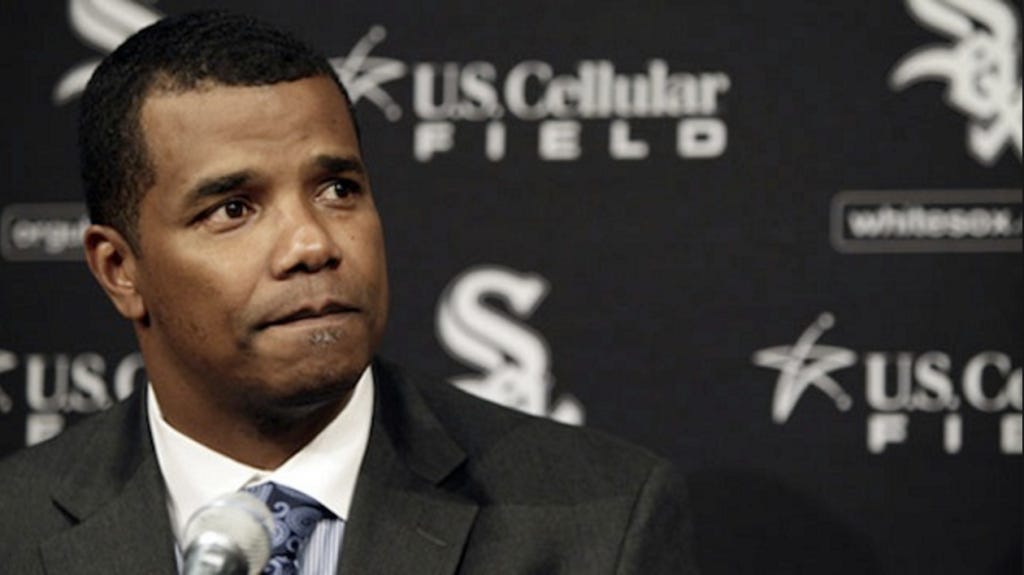 Here’s the statement from Adam LaRoche:

Given the suddenness of my departure and the stir it has caused in both the media and the clubhouse, I feel it’s necessary to provide my perspective.

Over the last five years, with both the Nationals and the White Sox, I have been given the opportunity to have my son with me in the clubhouse. It is a privilege I have greatly valued. I have never taken it for granted, and I feel an enormous amount of gratitude toward both of those organizations.

Though I clearly indicated to both teams the importance of having my son with me, I also made clear that if there was ever a moment when a teammate, coach or manager was made to feel uncomfortable, then I would immediately address it. I realize that this is their office and their career, and it would not be fair to the team if anybody in the clubhouse was unhappy with the situation. Fortunately, that problem never developed. I’m not going to speak about my son Drake’s behavior, his manners, and the quality of person that he is, because everyone knows that I am biased. All of the statements from my teammates, past and present, should say enough. Those comments from all of the people who have interacted with Drake are a testimony to how he carries himself.

Prior to signing with the White Sox, my first question to the club concerned my son’s ability to be a part of the team. After some due diligence on the club’s part, we reached an agreement. The 2015 season presented no problems as far as Drake was concerned. (My bat and our record are another story!)

With all of this in mind, we move toward the current situation which arose after White Sox VP Ken Williams recently advised me to significantly scale back the time that my son spent in the clubhouse. Later, I was told not to bring him to the ballpark at all. Obviously, I expressed my displeasure toward this decision to alter the agreement we had reached before I signed with the White Sox. Upon doing so, I had to make a decision. Do I choose my teammates and my career? Or do I choose my family? The decision was easy, but in no way was it a reflection of how I feel about my teammates, manager, general manager or the club’s owner Jerry Reinsdorf.

The White Sox organization is full of people with strong values and solid character. My decision to walk away was simply the result of a fundamental disagreement between myself and Ken Williams.

I understand that many people will not understand my decision. I respect that, and all I ask is for that same level of respect in return. I live by certain values that are rooted in my faith, and I am grateful to my parents for that. I have tried to set a good example on and off the field and live a life that represents these values. As fathers, we have an opportunity to help mold our kids into men and women of character, with morals and values that can’t be shaken by the world around them. Of one thing I am certain: we will regret NOT spending enough time with our kids, not the other way around.

At every level of my career, the game of baseball has reinforced the importance of family to me. Being at my father’s side when he coached. Playing alongside my brothers as a kid and as an adult in the big leagues.

Likewise, it has been great to have my son by my side to share in this experience as I played.

In each and every instance, baseball has given me some of my life’s greatest memories. This was likely to be the last year of my career, and there’s no way I was going to spend it without my son.

Baseball has taught me countless life lessons. I’ve learned how to face challenges, how to overcome failure, how to maintain humility, and most importantly, to trust that the Lord is in control and that I was put here to do more than play the game of baseball. We are called to live life with an unwavering love for God and love for each other. These are lessons I try to teach my kids every day. I truly am blessed to have been granted each of those experiences.

Thank you to all of my previous managers, past teammates and friends across the league for making these past 12 years such a wonderful journey, and for providing me with memories that I will never forget–especially the ones with my son by my side.

I will leave you with the same advice that I left my teammates. In life, we’re all faced with difficult decisions and will have a choice to make. Do we act based on the consequences, or do we act on what we know and believe in our hearts to be right? I choose the latter.

About 2 hours ago I said Chris Sale needs to SHUT THE FUCK UP. Well I’m officially retracting that statement. By all accounts, players from Todd Frazier, Adam Eaton, and of course Sale have all publicly stated that they never had a problem with Laroche bringing his kid into the clubhouse. Sure, it’s a little weird and the kid probably shouldn’t be hanging around the clubhouse/team 10000% of the time, but that’s officially beside the point now.

Right now, it seems as if Kenny Williams is a fucking liar, plain and simple. I said all along, there had to be other issues festering between the team and Kenny sticking his nose into this Laroche situation was the boiling point. Whatever issues there are/has been haven’t made their way into the media yet, but within the next few days I’d be shocked if more shit doesn’t start popping up. And you know what? I love that Chris Sale put his foot down.

Again, the locker room is a sacred place; each one has a life of its own. That goes for all sports, not just baseball. From HS all the way through the pros. Kenny Williams, though he’s the boss and ultimately what he says does go, should have the wherewithal to know this and to stay out of shit that isn’t his business. But apparently he doesn’t. He’s just a power hungry egotistical fuckhead. And Chris Sale was took charge and said enough is enough. I could be a billion percent wrong, Chris Sale could be the cry baby that I thought he was a few short hours ago, but right now this is what needs to happen:

Kenny Williams needs to resign as the Executive VP of the Chicago White Sox.

There’s enough smoke at this point to declare KW a liar. He’s thrown his team completely under the bus. The face of the franchise basically wants to kick the shit out of him. Recent signees who are considered great clubhouse presences have come out and said they never approached KW about Laroche’s kid.

This is the only option at this point of the ball game. Sure, maybe the status quo can change again and I’ll do another 180. But as it stands right now, Kenny Williams has embarrassed himself and the Chicago White Sox. He has GOT TO GO. And Jerry Reinsdorf has to forgo his loyalty and be the one to sever ties.