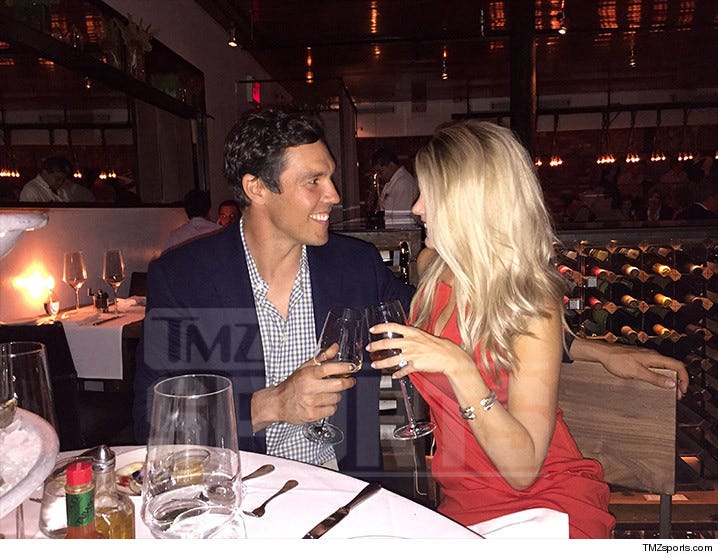 Philly.com – Sam Bradford has made another big commitment. The Eagles’ starting quarterback is now engaged, TMZ reported, after he proposed to girlfriend Emma Lavy last week “during a romantic dinner at a fancy restaurant.”

The engagement comes the same month Bradford signed a two-year deal to remain in Philadelphia for another two years.

Hey Russell Wilson and Ciara. Go kick rocks ya bunch of goofs. There’s only one NFL starting quarterback getting engaged this offseason that actually matters and it’s Sammy Sleeves.

Here’s the thing. It’s very important to remember that not all athletes are the same. Guys like Rory McIlroy thrive when they break up with their fiancee and can just go around railing random strange on the tour. That’s great for him and others like him. But Sam Bradford? Well he’s not Rory McIlroy. He’s a guy who looks like this. 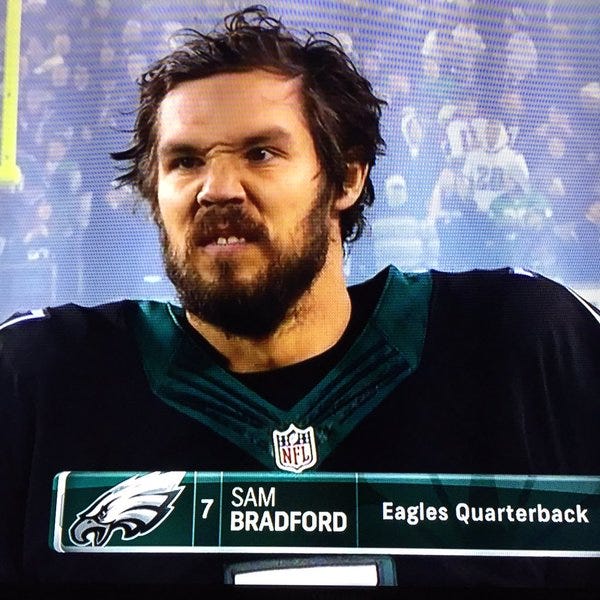 The man looks like a deranged lunatic. He has a set of crazy-eyes on him that make you question a lot of things. So to see that there is somebody out there who is willing to spend the rest of their life with him? Well that’s encouraging. Shows me that he’s not as much of a sneaky psycho as I would imagine hie is. Shows that somebody is able to put up with him and that most importantly, his dick is working well. So now Sam Bradford has a nice new contract, a nice new fiancee, and a fully functioning dick. That’s about all I need to see to know that this is the season he turns shit around. A wedding ring and a Super Bowl ring all in one year? All Hail The Sleeves.

By the way. His girl, Emma Lavy, is a a former Arkansas golf player. So even if the whole super Bowl thing doesn’t work out, at least they can hit the links together in the offseason. 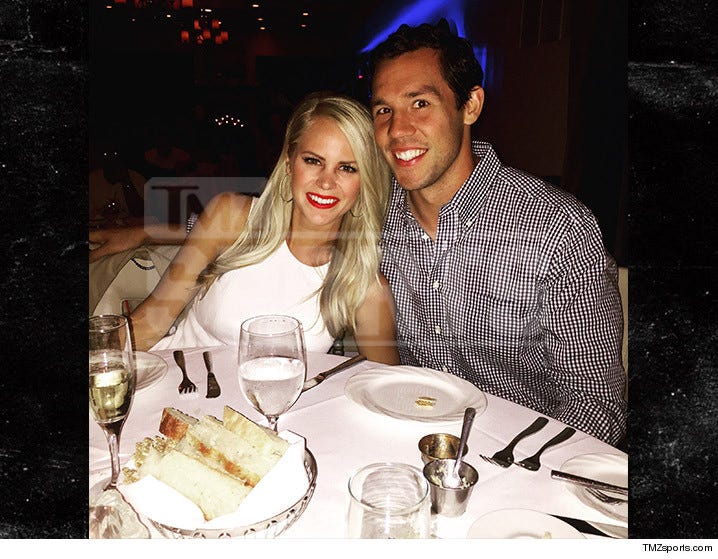 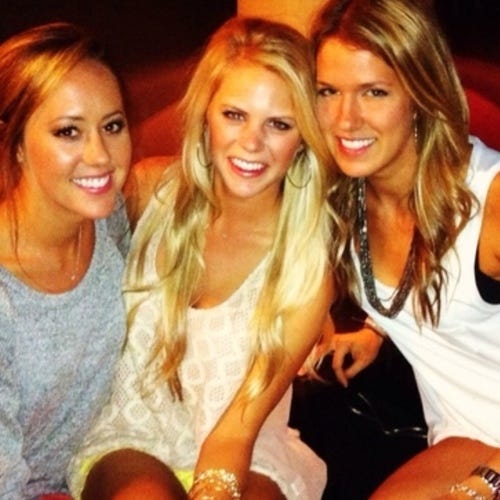 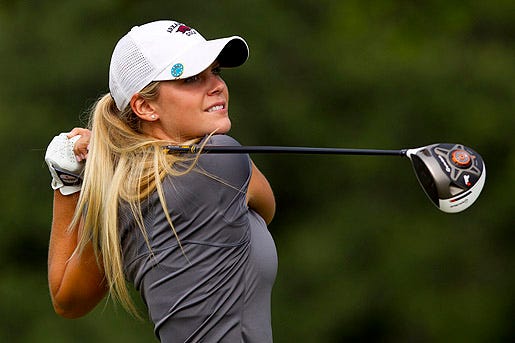 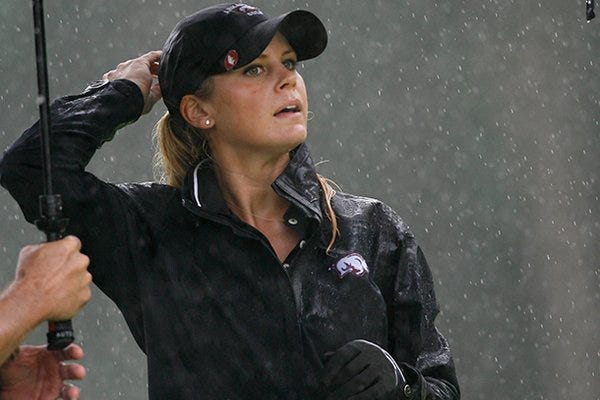 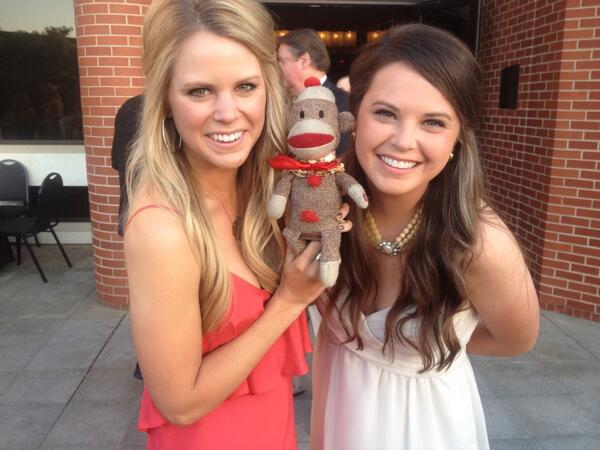 Obviously the photos with the TMZ watermarks on them come from TMZ. Just throwing that out there because I’d rather not get sued on a Friday.