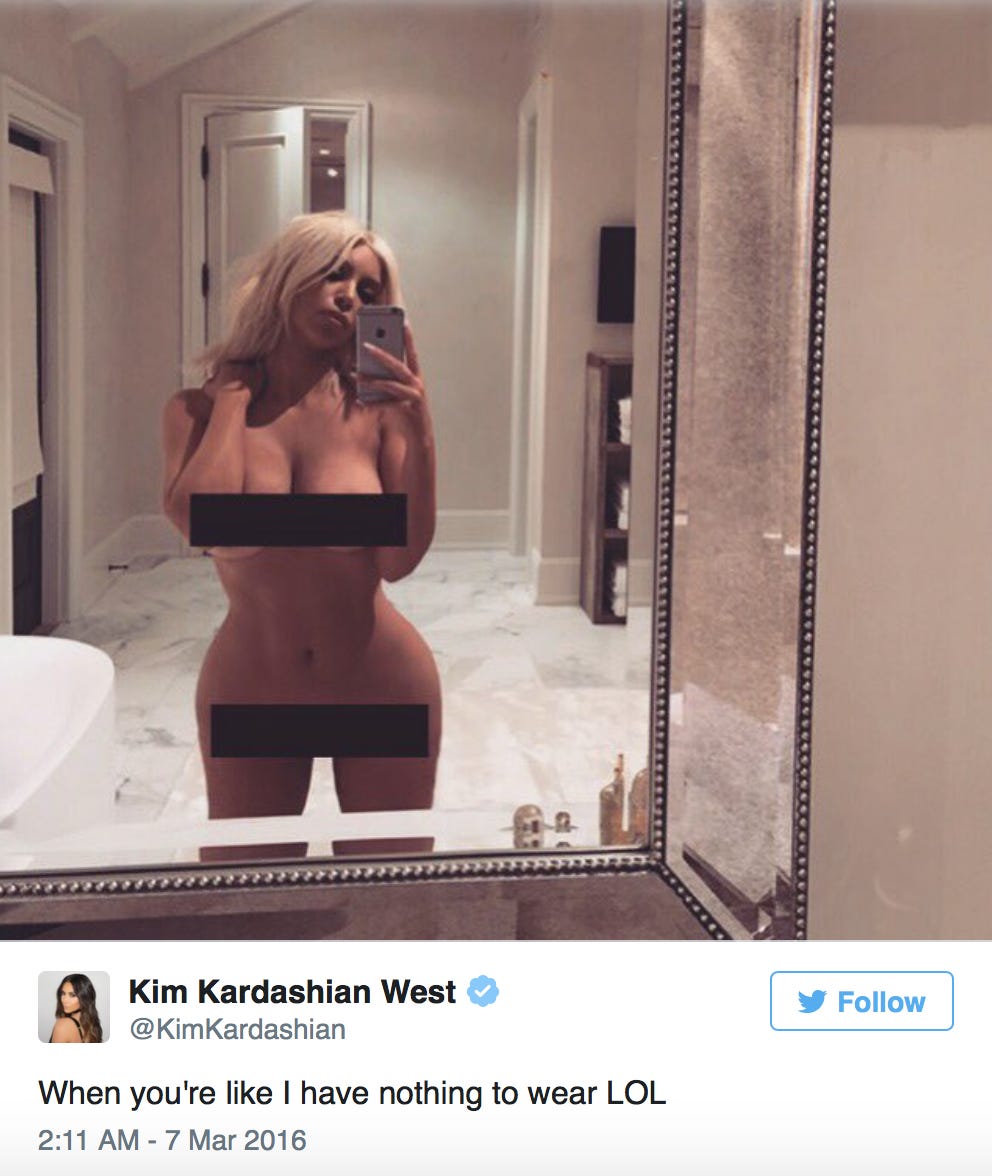 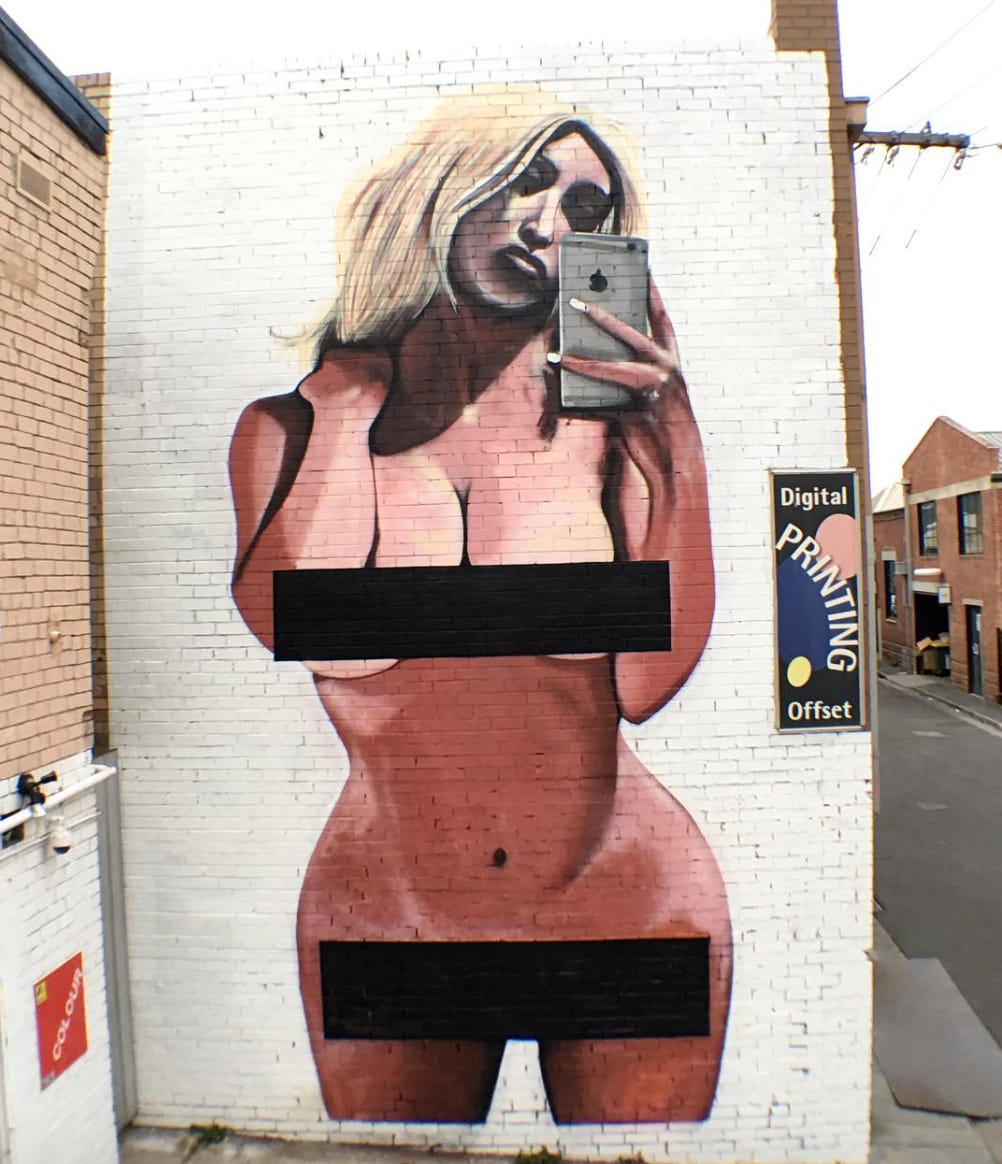 First of, that’s not very nice sir. Tagging a mural of a person with NO FAT CHICKS is mean. Second, it doesn’t even make sense. That picture of Kim Kardashian naked in her bathroom is hot as fuck. No ifs ands or butts (pun) about it. That’s not even coming from me who still thinks Kim K is blazing hot. That picture of a naked woman standing in her bathroom is objectively hot. Throw away all her baggage and her family’s baggage and people’s overwhelming hatred for everything Kardashian. If you still look at that picture and think, “That’s a fat chick” you are outside your skull. If you look at that picture and think, “That’s a fat chick. I’m gonna go spray paint that onto a mural of her” you’re just angry at how hot she is. Plain and simple. Raise of hands. How many of you have jerked off to that picture of Kim Kardashian? That’s what I thought. Lots of raised hands out there. Hating Kim K is so hot in the streets that cars are catching on fire but she’s objectively still super hot (or whenever she took that pic). Nothing will ever change my mind about that. And why are we discouraging hot chicks from posting semi-nude pictures on Twitter? That’s a movement I refuse to get behind.