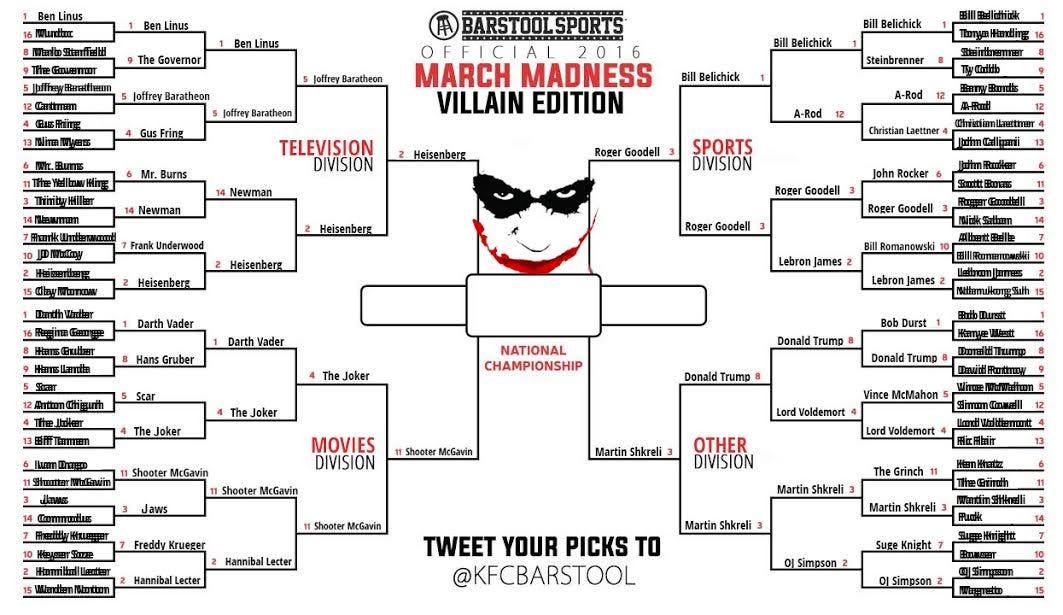 NOTE: I wrote this blog at 10am. Here’s what it originally said:

Hey Shooter! Shooter! You will not win this tournament…..YOU JACKASS!

KICK HIM OFF THE TOUR DOUG!! Your social media shenanigans were impressive, Shooter. But you’re not match for one of the most iconic comic book, TV, and movie villains of all time. Go back to your shanty. 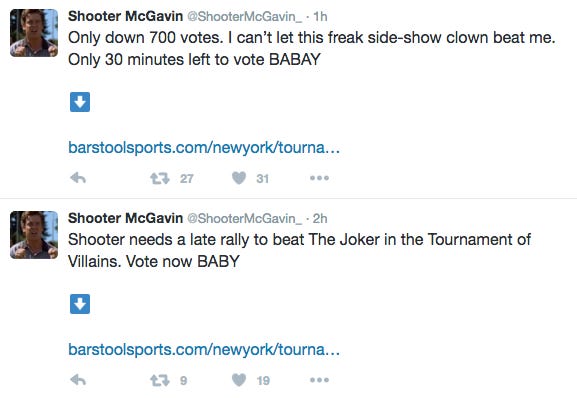 I don’t believe what I just saw!! What a fucking miraculous comeback!!! It’s truly March Madness! The 11 seed comes storming back with the help of Shooter’s Twitter army. The Joker – the character that actually killed an innocent man – gets defeated by Shooter fucking McGavin. At the same time he’s kind of deserving – he did say he was gonna burn down a grandmas house and piss on the ashes. He’s still kind of deserving. But wow. What a comeback.

Shkreli takes down Trump because he’s the biggest overall piece of shit remaining. Real or fictional, murderer or otherwise, none of the other characters are even close to as douchey as he is.

The NFL Villain Showdown of Bill vs Goodell was no doubt swayed by the heavy New England influence on this blog. I was unsure how theyd vote though. I almost think that Pats fans want Bill to be the villain? But in the end Fuhrer Goodell wins the matchup.

Heisenberg reps the TV bracket. Joffrey went deeper than I expected but hes no match for the Emperor of Meth.

Time to Vote…who’s in the title game for the Greatest Villain Of All Time: