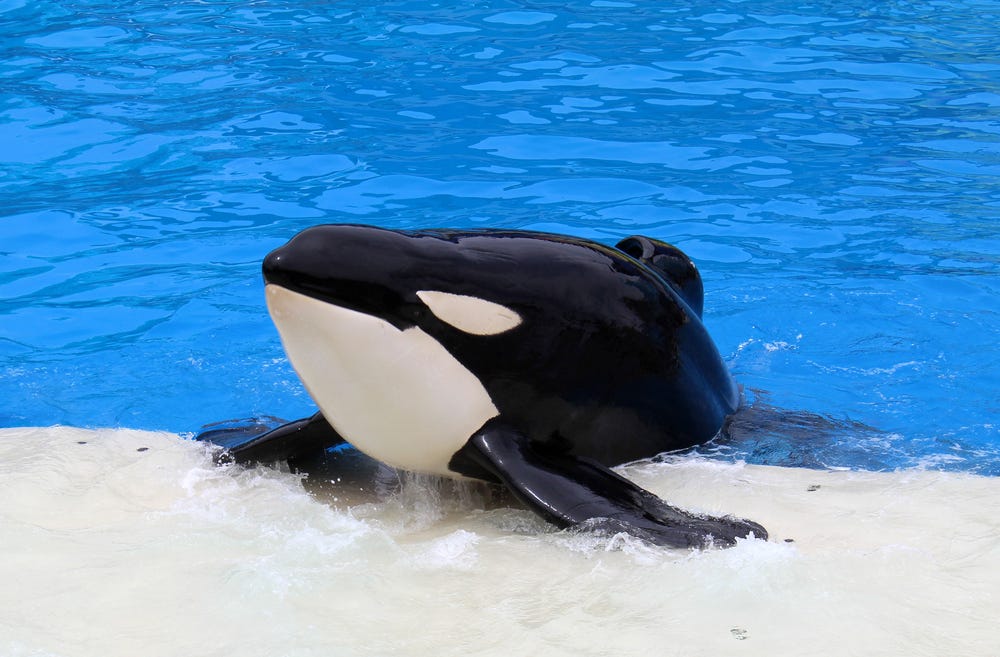 The Dodo – In a major victory for animal lovers everywhere, the company announced Thursday in an agreement with the Humane Society of the United States (HSUS) that it will immediately stop its captive breeding program, making the current generation of orcas the last.

“Today’s announcement signals that the era of captive display of orcas will end,” said Wayne Pacelle, president and CEO of the HSUS in a press release.

SeaWorld CEO Joel Manby said the company would also be phasing out its theatrical orca shows, and renewed its longstanding, but often questioned, commitment to rescuing and rehabilitating sea animals.

Ever since the release of “Blackfish” three years ago, the public has lost its appetite for seeing orcas stuck in small tanks. Dwindling attendance numbers followed, and Manby has blamed “continued brand challenges.”

The fight against SeaWorld’s breeding program in particular reached a head last year, when the California Coastal Commission voted to allow SeaWorld San Diego to expand their orca tanks — on the condition that the San Diego park no longer breed orcas. SeaWorld quickly tried to overturn the ban and even admitted it had sent its employees to spy on animal welfare groups concerned with the company’s orca captivity and breeding programs.

A little followup from late last year when it was officially announced that SeaWorld would have to shut down their orca breeding program and, hey, they actually did it! We’ve beaten to death on Barstool all the failings of protest culture but a lot of it boils down to people not knowing what they actually want to change and how it’s going to positively affect everyone’s lives. But in this case, there were groups who really brought to light how awful life is for these poor animals, made their case to the right people, and voila change actually happened that makes the situation better. It’s crazy how much a plan and doing something that benefits the world rather than just self-interests actually works, right?

That said, I still wouldn’t mind seeing Seaworld and circuses and every antiquated roadshow that uses and often abuses animals as the “stars” be completely eliminated from the Earth. The orcas they have still live a fraction as long as their wild orca relatives and who knows about all the other animals they have in captivity who get less headlines than the whales did thanks to Blackfish. And honestly while I get Seaworld is a publicly traded company and they want to protect their business, doing shit like sending people to spy on animal welfare groups shows they can do whatever they want to save face publicly but they’re still kinda inherently evil. Close them down, close the zoos and circuses down. If you want to see an animal, go see it where it’s supposed to live. Or just watch an IMAX movie, it’s probably way prettier and smells less like shit. Pretty reasonable sacrifice for us to do one less awful thing to the planet among the thousands we already do.