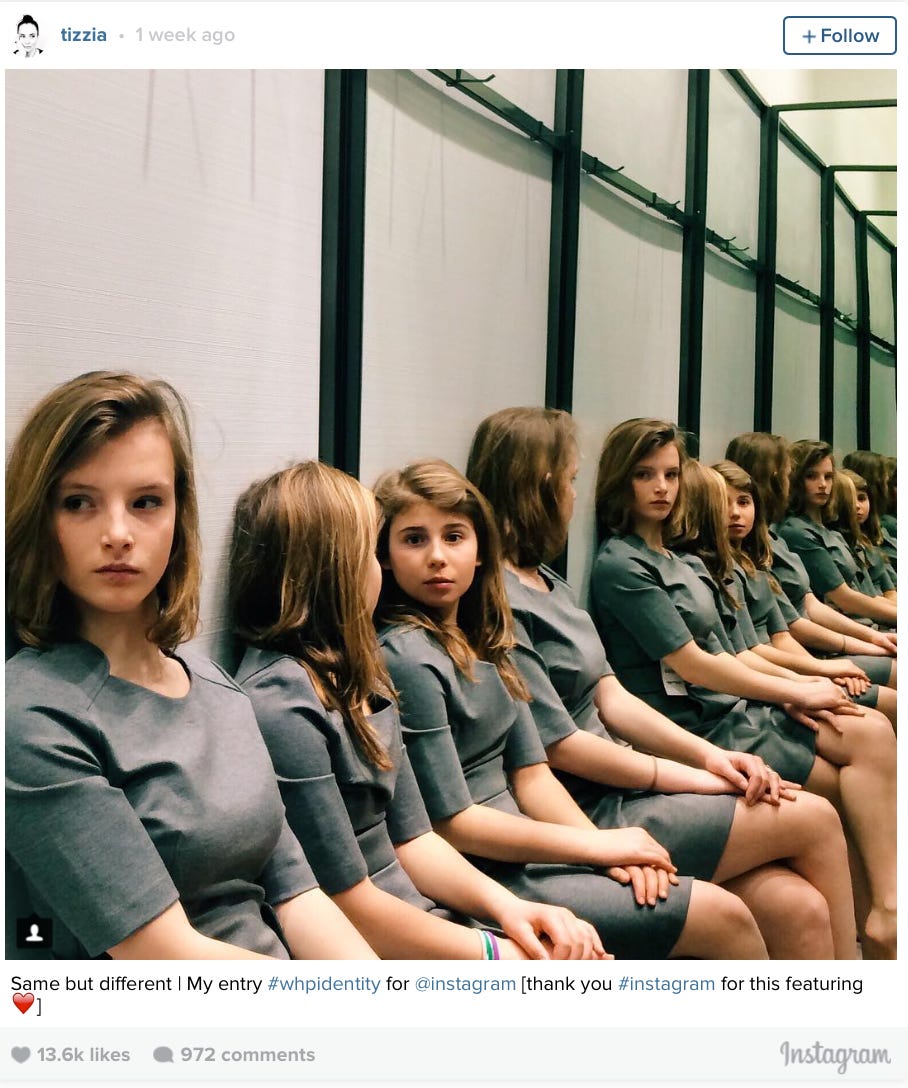 So this is the latest internet craze that has people freaking out. People jumping down each other’s throats trying to figure out how many girls are in that Instagram picture.  First it was the black and blue/white and gold dress and now we’ve got copay cats. Well this one doesn’t seem nearly as hard but that’s either because I’m really smart or everybody else is really dumb. There are two girls in that picture. Two. Open and shut case. I didn’t look up or search for the answer because I didn’t have to.  There are two girls in that picture and the rest are reflections of them. Every other answer is wrong. As a person who is addicted to the internet, I’m insulted that people are comparing this to The Dress. The Dress was a real war. Hurt feelings, name calling, back stabbing, deception, break ups, the whole nine yards. There are people in my life who I still haven’t talked to because they disagreed with me. That was a true viral sensation. Viral things don’t work when you try to make them go viral. The Dress happened on like a random Tuesday night and nobody saw it coming. It happened naturally. So now everybody is looking for next The Dress and that’s exactly how you won’t find it. There are two girls in that picture. Stop trying to make How Many Girls? happen.