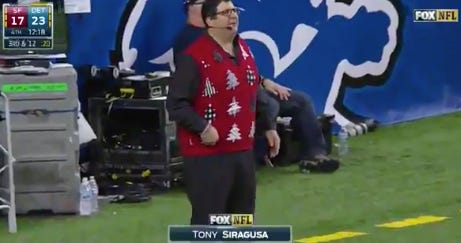 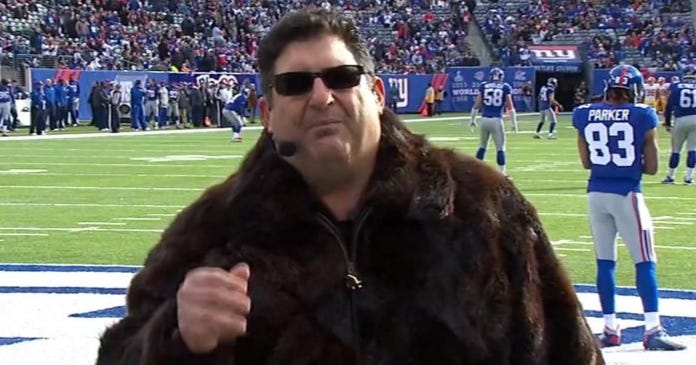 (Source) Tony Siragusa will not be returning to Fox’s NFL coverage, The Big Lead has learned. The former Colts and Ravens defensive tackle had been a broadcaster there for nearly a decade. He spent eight of those seasons supplementing the announce team of Daryl Johnston and Kenny Albert; this past season he worked with Thom Brennaman and Charles Davis.

While traditional sideline reporters offer information and generally steer away from analysis, Siragusa was a roving personality on the field. I’m not sure if I can think of any other broadcasters who have had a role quite like this. Social media being what it is at this juncture, if you’re going to go outside the box like this it has to be with someone who really resonates.

I saw this news this morning and I chose to ignore it. Nah, can’t be true, Goose? No way. Then I saw it again this afternoon and I guess it’s about time I face the cold hard facts of reality. Tony Siragusa has been canned by Fox. I don’t understand it, I don’t like it, and it makes me feel lost and lonely in a big scary world, but it’s the truth. The man who brought us so much joy with his constant interruptions, funny hats, weird sweaters, and loud breathing into a hot mic is leaving us. The C squad Fox broadcast will never truly be the same. No longer will I perk up on the couch when Goose chimes in out of nowhere to tell us that a random Offensive Lineman looks angry on the sideline or that a QB is currently looking at his Microsoft Surface, or that Player X (Goose usually mispronounces his name) is playing well today after his 3rd touchdown. Why Fox why? Why do bad things happen to good people? Why did you take Goose away from us. RIP in Peace, most unintentionally funny sideline reporter of all time. 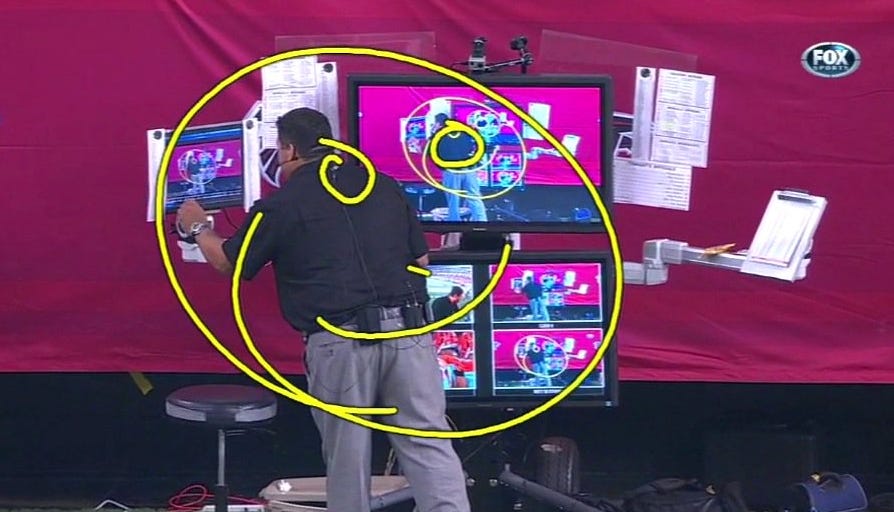