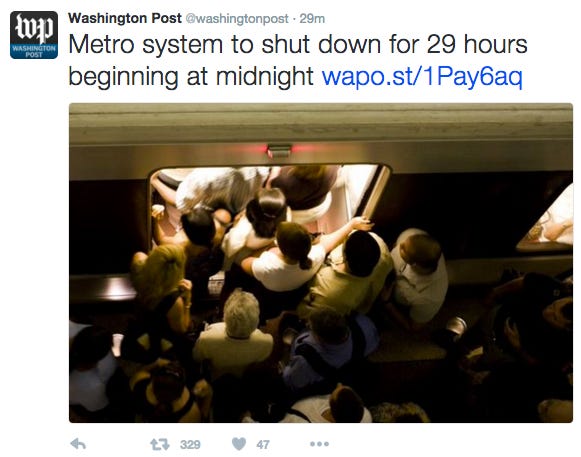 WaPo - The entire Metro system will shut down for at least 24 hours starting at midnight tonight for safety checks of electric cables, General Manager Paul J. Wiedefeld said Tuesday. The decision for the unprecedented closure was made by the board of directors and Wiedefeld in a telephone conference call earlier this afternoon. They took the step after an electrical fire in a Metro tunnel early Monday, which caused huge delays on three subway lines, involved the same type of track-based power cables that burned during last year’s fatal Yellow Line smoke incident in another tunnel, the transit agency said.

Can they do that? That’s incredible. Rock bottom for the Metro. A completely incompetent company and transportation system just announcing at 4pm that the entire Metro will be shut down tomorrow. Not just the red line, not just the green line…the entire fucking Metro simply not running. That’s insane. Millions of people depend on the Metro on a daily basis. People with jobs. No heads up, no warning, just a complete closure of the Metro. It doesn’t get more Metro than that.

Commercial break to check in on Uber HQ real quick: 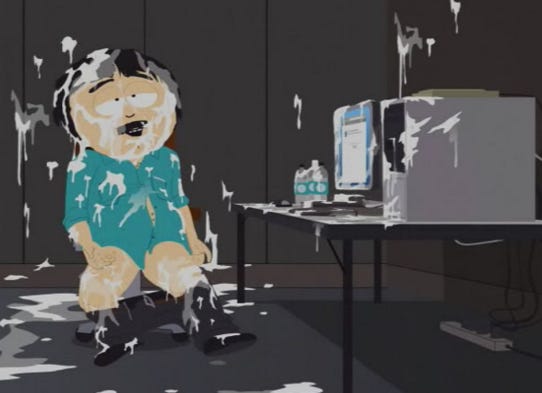 The worst news about this whole thing? They are closing it tomorrow. Not Thursday. But tomorrow? Thursday is when the NCAA tournament starts. Perfect day to do work on the Metro. And if it takes that 29 hours or even longer, so be it. But it would only make sense for them to close tomorrow, so all the DC monkeys are back at their jobs suffering on Thursday. Brutal luck.

And because I keep seeing this on my timeline: 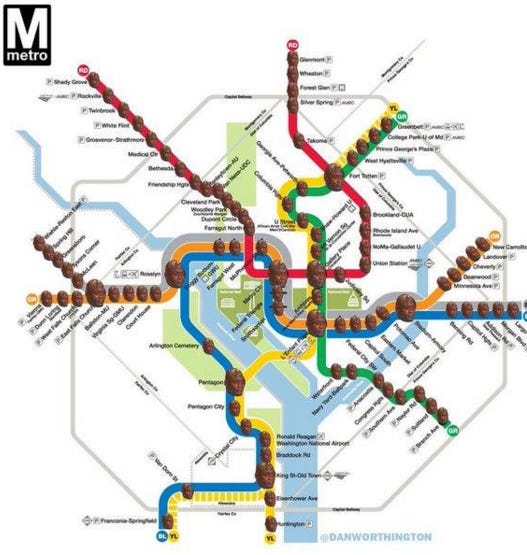